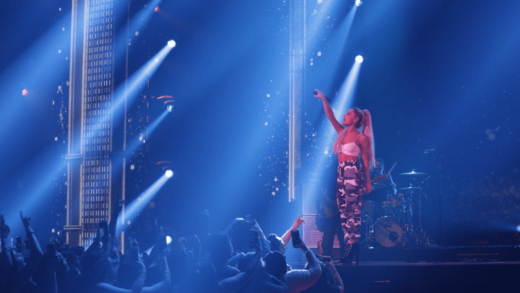 YouTube is settling into its role as a star-maker, even as other program producers are booming with content ideas and social energy. 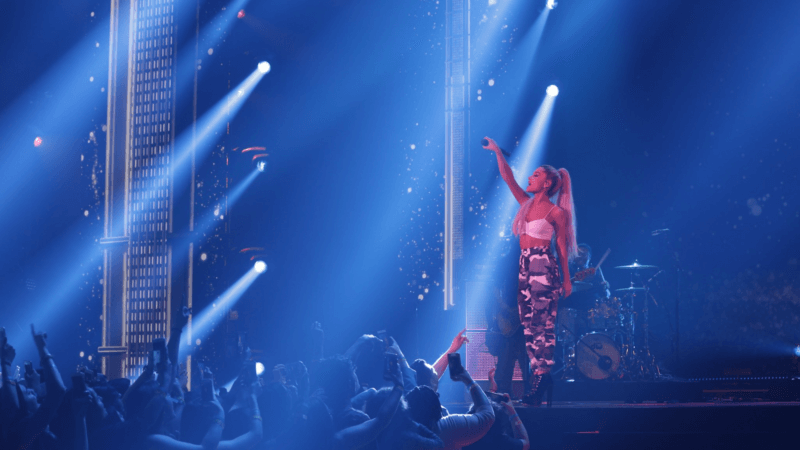 Based on a day I spent last week at the Interactive Advertising Bureau’s Newfronts — where online content providers highlight their new season of upcoming programs to advertisers and others — there were three key takeaways:

Let’s start first with the 800-pound gorilla in this space, YouTube. This year’s spectacle — held in Radio City Music Hall — mentioned the video giant’s diversity of programming, such as the huge and growing number of educational videos that teach guitar, Japanese cooking and virtually every other topic.

And it noted several new video series, including Will Smith’s “The Jump Off,” where the star undertakes a variety of daring endeavors like skydiving; “Jack Whitehall: Training Days,” featuring comedian/actor Jack Whitehall training with professional soccer players; “Best Shot,” exec produced by basketball legend LeBron James, about the Newark Central High School Blue Devils; and “If I Could Tell You Just One Thing,” with Indian celebrity Priyanka Chopra interviewing “the world’s most successful and inspirational people” on how to change the world.

Google also announced that its Preferred Lineups of programming, which offers premium content to advertisers, will now include videos from the world of music, in cooperation with major labels like Sony, Universal and Warner.

But YouTube’s focus this year gravitated particularly toward all the big pop stars who began their careers with audition tapes on YouTube, with live performances and brief recollections of these humble self-recorded beginnings by singers Ariana Grande and Camila Cabello, and “The Daily Show” host Trevor Noah.

These bootstrapped stars are clearly a draw for YouTube and for marketers, but it feels like a shortchanging of the platform’s real strength: zillions of video channels followed by devoted followers, a range of finely sliced programming that no other entity can match. For marketers, these galaxies of mini-stars offer an unparalleled treasure of microtargeting, but YouTube now seems to be pitching them more as the audition layer for tomorrow’s really big stars.

One entity that is highlighting its ability to intelligently target ads at slices of its programming is Group Nine. Introduced at the Newfronts last year, it now says it can reach more than three-quarters of US millennials through its video programming on social channels. To get into every marketing nook and cranny, it briefly showed screen shots of an AI-powered dashboard that can find the appropriate mini-programs for ad targeting, after a marketer declares the key performance indicator desired.

Group Nine’s programming certainly doesn’t lack for imagination or enthusiasm. There’s Seeker, the brand heading for science-oriented miniseries about such topics as space, sexual practices among animals and science fairs. The Thrillist offers recommendations about travel, entertainment, food and drink, and Now This presents breaking news.

But threaded through most of Group Nine’s programming was, as several of its presenters proclaimed, the idea of “sparking action [by] connecting brands with the conversations your audience is already having.” As CEO Ben Lerer said, the focus of all its programs is “people, platform and purpose.”

One of its series with a purpose, for instance, will be following an ocean activist who wants to highlight plastic pollution by swimming the Pacific Ocean over several months, accompanied by a boat crew. The Dodo, a Group Nine brand covering a series of short programs about animals, is helping to build a donor base for animal rescue missions and helping to raise money for military users of dogs. For Group Nine, video programming is not a lean-back viewing experience, but a call to action.

Even Meredith Publishing, which now owns Time, Inc.’s properties, was promoting its social responsibility. There’s an InStyle program about “trailblazing females who are breaking through gender norms” called “Badass Women,” “Food with Purpose” from Better Homes & Gardens, Eating Well and Food & Wine about “the potential of food to improve our society,” and “Beyond the Storm” from Better Homes & Gardens, Southern Living and People about efforts to rebuild towns after natural disasters.

Based on its presentation, the company appears to be showing exactly the kind of multiplatform integration and imagination a magazine publisher should use to manage properties as we approach the third decade of the 21st century. For instance, there’s an online talk show from People magazine called “People Now” and a People-branded show designed for Twitter called “Chatter.”

It’s difficult to imagine that any program-creating entity issued a call to arms for social responsibility more vigorously than digital ad agency Digitas, which asked:

“Is it possible for brands to be relevant without taking a stand?”

Against graphics that echoed the stenciled bright colors of the protesting ’60s, the company proclaimed that “there is such a thing as objective truth and it matters.” A panel of New York Times executives discussed the challenges of covering sexual harassment and the Trump administration, an exec from REI talked about its commitment to taking public stands, and Airbnb was touted for its “We Accept” campaign.

The Airbnb campaign backs the company’s values, that it pays to trust strangers, Digitas said, imploring brands to similarly stand for their values. The most powerful influencers these days, the agency said, are not millennials, citing a survey it conducted with Insider Inc. Instead, they are Transformists, who gather info from many sources to make their decisions, and they respect brands who are more than just their products.

“If you stand for something,” said one speaker, “brand affinity is stronger.”