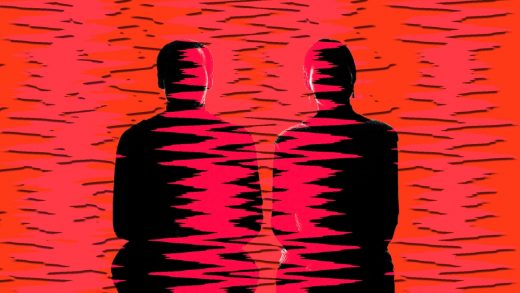 If you want a truly equitable workplace, you must get over fear of conflict

March 30, 2021
Many employers made dramatic commitments after the murder of George Floyd last year about making their workplaces (and leadership teams) more equitable. Despite this, most of the tech industry, which built its reputation on speed, scale, and innovation, is falling short—and it’s because of fear.

Fear of open conflict is destroying workplaces, and it’s disproportionately harming Black and Latinx women workers. It is limiting any possibility for the 21st-century workforce to reflect the demographics of this country. But it’s possible to lead in a different way.

We want to take you through a few aspects of our working relationship, as leaders of the nonprofit Code2040, which is committed to proportional representation of Black and Latinx people at all levels of tech leadership. Our partnership is based on a mutual commitment to eradicating the ways that fear of conflict and systemic racism maintain white, male dominance in the vast majority of workplaces. As a Latinx woman manager (Karla), and a Black woman direct report (Mimi), we saw our working relationship as racial equity leaders in tech as a unique opportunity to unpack, unlearn, and redesign relational systems that didn’t serve us.

In the years that we‘ve worked together at Code2040, we cultivated a relationship based in candor and feedback, which allowed us to unearth the variety of ways we were socially, professionally, and economically discouraged from bringing the full breadth of our talents to our work. We noticed that the obstacles to our leadership within and outside of Code2040 fell into a few similar categories, and we began communicating with other women of color in tech and at non-profits, to further develop our hypotheses. It was in those conversations we understood that not only were we not alone. We were all in the same compression chamber, and it was sucking the oxygen out of our capacity to lead.

Here are a few of the most common obstacles—all driven by fear of open conflict—that show up to stymie the leadership of Black and Latinx women. We believe that a practice of noticing, understanding, interrupting, and debriefing these is a key in creating workplaces where Black and Latinx women can be positioned to fully contribute.

Stereotypes about Black and Latinx women reinforce themselves and serve to police behavior that could build Black and Latinx power. This is called stereotype threat: The hyper-awareness that one could be confirming a stereotype actually impacts our performance—and sometimes confirms the stereotype about our group. For example, one common trope about Black women is that Black women are intimidating or angry. Trying to never come across as intimidating or angry can be such a focus that it impacts a Black woman’s ability to participate fully in contentious conversations or projects. Essentially, knowing that avoiding conflict with white folks is key to being seen as agreeable and therefore to being safe at work, a Black woman might hold back feedback, edits, or observations that actually could benefit the team and build her standing as a leader in the organization.

We’ve had moments in our journey together where anti-Blackness and Latinx erasure supported assumptions that Mimi was pulling the strings (anti-Blackness) and Karla was being manipulated (Latinx erasure). When Karla became CEO and chose to restructure our organization there were whispers and even reports to the board that Karla’s decision was made because of Mimi’s influence. Stereotype threat on both of our parts meant that Karla being decisive threatened blowback on Mimi as being controlling, or Karla moving more slowly reinforced stereotypes of her being too emotional.

Educate yourself on how racism, sexism, and xenophobia are commonly leveraged to police women of color’s behavior or even our very presence in the world.
Use Karla’s CADREES acronym, which describes the ways in which racism is manifesting in your perception of others. CADREES is Comparison, Assumption, Disproportionate Anger/Punishment/Fear, Resentment, Envy and Erasure, Suspicion.
Do not vilify Black folks for the actions that white men are promoted for, such as giving critical feedback on product direction, or lauding their own accomplishments.

In the first few months at Code2040, Karla made a decision Mimi vehemently disagreed with, and Mimi tried to give feedback unemotionally. Weeks later, Karla said “You know, you can cry or even yell with me, and I won’t think you less of a professional.” Never before or since had Mimi been told that she could bring the wholeness of her passion to work without risking being perceived as emotional or angry. Through the coded language of “professionalism,” Black women are taught to shrink themselves into smaller and less offensive packages through feedback on things like the (lack of) appropriateness of their natural hair, the unfriendliness of their facial expressions, or the tone of their voice.

Tone policing, where the content of someone’s message is ignored because of the listener’s feelings about the way it  was delivered, is a common silencing tool used against Black women. It’s often used when a candid conversation feels threatening to a white person or when the white person is being triggered because they perceive a conflict coming on, and want to derail the conversation or deflect the feedback.

Pause and reflect. It is important to pull away from your fight, flight, freeze, and appease responses. White supremacy thrives on urgency.
Ensure that in tough conversations, you are focusing on the content of the message rather than the delivery.
Remember that limiting candor to opinions devoid of feeling often eliminates opportunities for candor altogether.

Black women are consistently denied direct feedback on their work. When it’s given, it’s often on their communication style, rather than content, systems building, or strategy. Too often, Black women are denied advancement opportunities because they are not seen as a “good culture fit” by white leadership. Culture fit is often a coded way to suggest that the person in question has not assimilated into white culture or the white standards of professionalism of that particular workplace, or that the person in question challenges authority, is unwilling to be silenced, or points out behaviors or systems that leadership would rather not recognize.

Knowing that feedback for Black women is almost always cloaked in anti-Blackness, Karla took explicit care at the beginning of our management relationship to understand Mimi’s prior experiences with managers and how they might inform Mimi’s relationship to feedback and power. Karla designed explicit growth arcs, allowed Mimi to make mistakes without punitive consequences, and listened to Mimi’s experience of the workplace. When feedback about Mimi was grounded in anti-Blackness, Karla learned to push team members to articulate their feedback explicitly and challenged them to examine where anti-Blackness was creeping in.

Accept that anti-Blackness is a material factor that will limit all Black staff. If you think anti-Blackness never shows up, you haven’t paused or learned enough to identify it.
Go to Black women directly and privately with actionable, non-personality-based feedback. Focus on content, ideas, strategy, and deliverables.
Develop your own resilience for conflict and candor especially with staff of color. Work with therapists and/or coaches with expertise in racial equity to develop skills and learn tools to help you discern between when you are triggered because a) someone has violated a legitimate boundary of yours versus b) you expect Black compliance or deference and you’re not getting it.
Consider framing like “values match” or “culture add,” when hiring and assessing performance. When designed well, a set of “values match” criteria can help assess whether a candidate or employee is aligned with explicit performance or achievement values rather than implicit cultural values.

Latinx women’s leadership is typically accepted only when it is helpful but invisible. If Latinx women are unwilling to be invisible, the consequences for their visibility can be career-ending. One of Karla’s superpowers as a leader is her uncommon depth of empathy and her willingness to be vulnerable at group level. This skill plays into her gift of connecting patterns to detect shifts in a team, company, or even an industry or culture before they happen.

As VP of Programs, Karla’s vulnerability was often seen as useful when it was behind closed doors—for example, to help quell discord between two staff members. But when deployed organization-wide, or publicly, Karla often got feedback that her vulnerability was discomfiting and unwelcomed, even when that vulnerability created positive visibility and insightful pattern spotting. There were moments when she was challenged as too weak to lead or too radical to be palatable—even when those sentiments conflicted with each other. Once, Karla received feedback from a leader that their “life would be so much easier” if she didn’t lead so vulnerably.

The sentiment was astute in that the rules of power worked differently at Code2040 because of Karla’s leadership, but that caused resentment from many, because of the work that was required to understand more equitable ways of distributing power. White folks often resent when the rules of the workplace that have supported their success and hegemony are challenged, and often prefer that the challenger simply disappear, rather than lay bare the places where upgraded skills are required in order to succeed in the 21st century workplace.

Encourage women of color to take stretch opportunities. Don’t penalize them for learning.
Factor in the social consequences that come from women of color stepping into the spotlight. Make a plan to protect their social capital.

Today we announced that after three years as CEO, Karla is moving on from her day-to-day work at Code2040, and Mimi is taking the helm as CEO. Though we’re both a bit grief-stricken to lose this partnership, it has been the formative professional experience of a lifetime. We hope that sharing a glimpse into our journey gives you a sense of the power of shared leadership, a taste of the hope and creativity available when you brazenly fight anti-Blackness and Latinx erasure, and the joy of building a place where Black and Latinx people can lead. 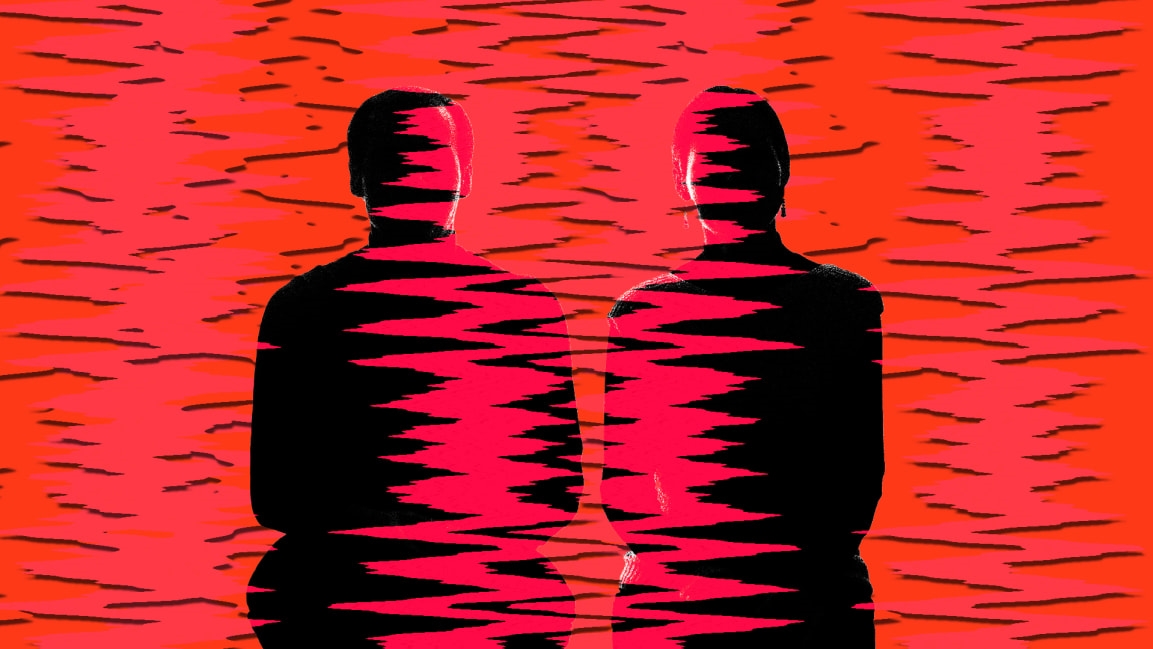