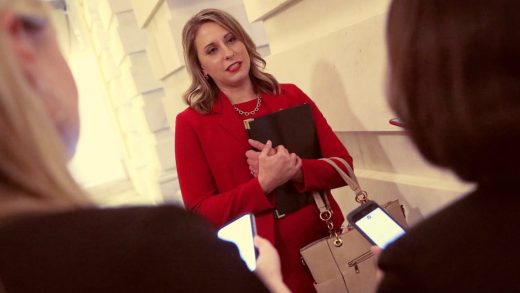 The Democrat from California resigned on Sunday after admitting that she’d had a three-sided relationship with a female member of her campaign staff and her own soon-to-be-ex-husband.

The news of the romance came to light when conservative website RedState published the allegations along with redacted topless photos of Hill. She says the pictures were released by her estranged husband, Kenny Heslep, without her consent.

“I’m leaving because of a misogynistic culture that gleefully consumed my naked pictures, capitalized on my sexuality, and enabled my abusive ex to continue that abuse, this time with the whole country watching,” Hill said in her speech.  (A Washington Post reporter shared a transcript on Twitter.)

Here’s her speech on the House floor: 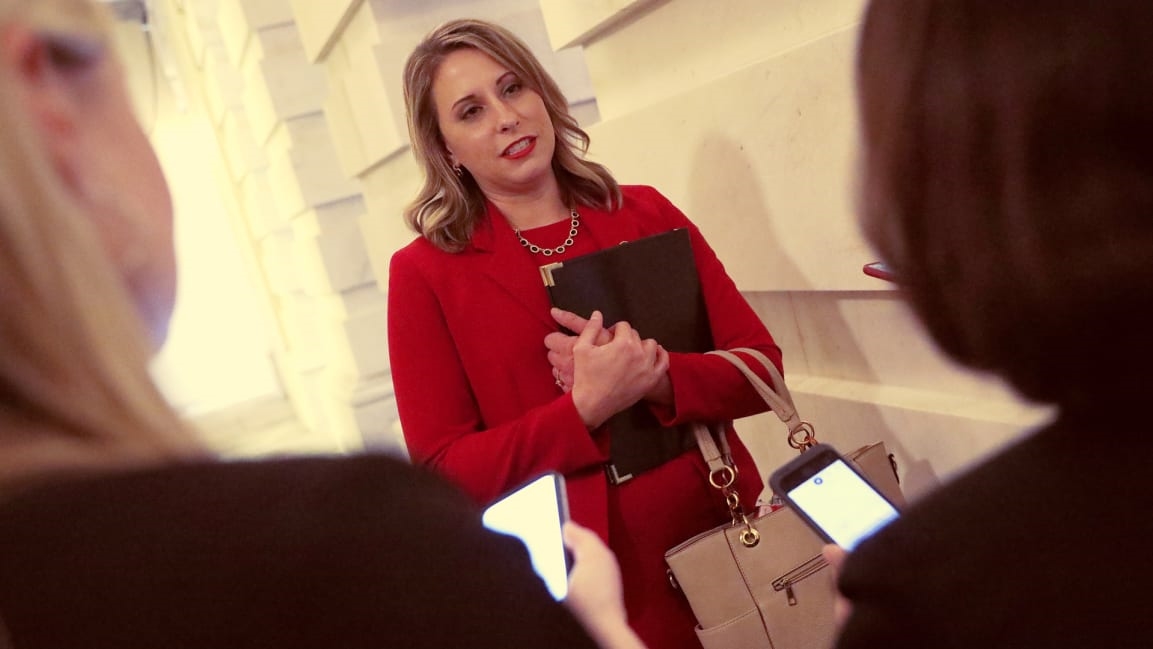