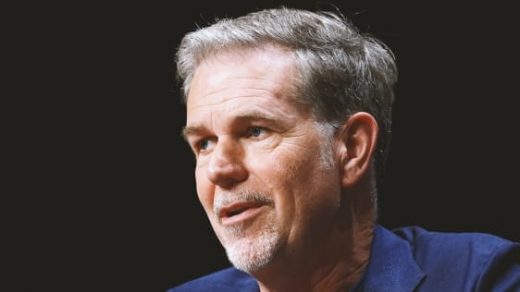 In a major reversal, Netflix is about to reveal how many people watch its most popular shows

In the streaming Game of Thrones, Netflix reveals: Data is coming!

That was one of the key takeaways during Netflix’s first quarter earnings call on Tuesday, where content head Ted Sarandos said that over the next several months, Netflix will be revealing “more granular reporting to producers and consumers” and will be “more fully transparent about what people are watching around the world.”

Chairman and CEO Reed Hastings echoed this, saying, “We’re just beginning to share that data. We’ll be leaning into that more quarter by quarter.”

The statements represent a bold reversal in policy for a company that has long prided itself on being highly secretive about things like watch time and ratings, gleefully reveling in the fact that, because Netflix doesn’t have to answer to advertisers, it doesn’t need to reveal any numbers. But as the service has grown–it’s now up to nearly 149 million global subscribers as of this quarter–so have its viewing statistics, and the company is starting to see the value in dispensing more information, more regularly.

In its letter to shareholders, Netflix rattled off titles and how many people had streamed them in a way that felt like a drunken sailor had taken over the normally heavily fortified battleship and was spilling trade secrets. Among the reveals:

These figures come on the heels of Netflix’s open-book policy last December with Bird Box, the Sandra Bullock film that became a social media meme soon after its release, and led Netflix to boast about its viewership.

So what’s inspiring this new swig of truth serum? And how truthful is it, by the way? Netflix didn’t reveal, for example, what constituted a stream, and whether members and their households watched a show or film to completion. (Last quarter the company footnoted the viewer statistics it shared, explaining that, “For series, due to their highly variable length, we count a viewer if they substantially complete at least one episode (70%). For a film, it is if they substantially complete the film (70%).” There was no such footnote this quarter.) Nor is the company pulling back the curtain on titles that don’t have impressive results.

One reason why Netflix is embracing the public airing of numbers is that it drives further popularity of titles and, ultimately, membership growth. As well as social media buzz, which it believes drives further watch time and membership growth. During the earnings call, chief product officer Greg Peters explained how a new beta test in England that showed members which shows on the service were the most popular had been a success. He said that members like to know which shows are popular on Netflix so that they can “engage in public conversation around the show. So the idea here was, let’s do a good job of using the product to let our members know what those popular shows are.”

“Popularity is a data point that people can choose to use,” Sarandos added. “It’s not the only one. But we don’t want to suppress it if it’s helpful to members.”

By sharing more (positive) data around movies and TV shows, Netflix believes it will feed into that popularity metric and generate the kind of Bird Box buzz that is invaluable marketing.

Furthermore, by releasing more data to producers, the company will start to quell complaints from many creatives who carp that making a project for Netflix means never knowing whether something was a success. Besides feeding egos, viewership data can be used as leverage in dealmaking for future projects for TV and filmmakers. As Netflix begins to work with more high-profile creators, such as Martin Scorsese, whose film The Irishman debuts on the platform later this year, this transparency will be its own leveraging tool.

The data reveal will also likely serve to help Netflix push back on the idea that it needs other studio’s content to survive. Sarandos said that of Netflix’s top-10 most-watched shows, all of them were Netflix originals. Of the top 25, only four were non-originals.

Amid the last five days of excitement around Disney’s launch of Disney+, Hastings, ruddy and hale in a bold baby blue blazer, did not seem at all worried about increased competition or even that he’s about to break his company’s long-standing stance about viewership data. The launch of rival streaming services from Disney and Apple later this year will not be “material,” he said. Spoken like a man with a 148.9 million subscriber head start. 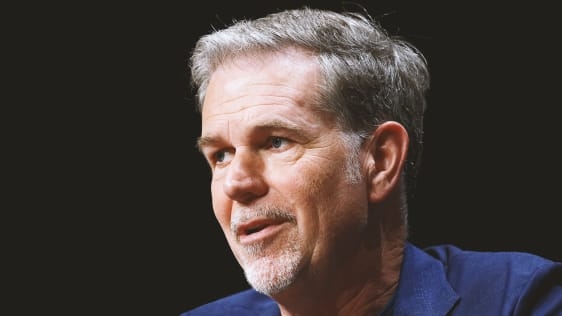