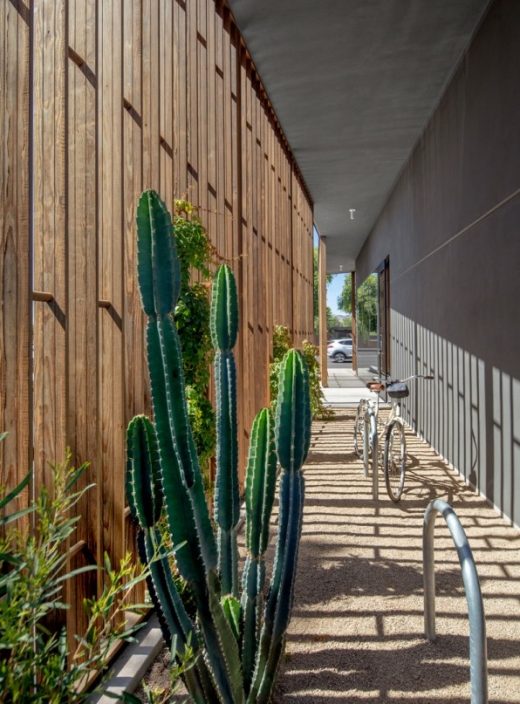 In Arizona, a case study in how architecture can adapt to climate change

Now more than ever, architecture has to respond to the warming world around it. An era of extreme weather is upon us, one where New York’s winters often feel more like a chilly autumn in L.A., so sustainable designers are creating built environments that can adapt to new and strange conditions wherever they are.

In Phoenix, just above the Sonoran Desert, an architecture firm has built an office space as a model of regenerative architecture, which uses existing natural resources to create more life. The environment that surrounds Studio Ma’s headquarters, known as “Xero Studio,” is arid and harsh. The desert, prone to drought and blistering 120-degree-Fahrenheit days, is a shadeless wash of sand and air. But through implementing regenerative design, the firm has been able to increase biodiversity and sustainably harness the sun’s natural energy. The headquarters, with its wood-grain facade and angular lines, contrasts with the deep blue desert sky around it. It’s a case study in how other buildings might respond to inevitably harsh conditions in the future.

Harness the sun (and hide from it)

Christiana Moss, cofounder of Studio Ma, said in a phone interview that the building’s solar panels produce as much energy as the company uses, if not more, with no blockages in terms of shade. That also means the company had to create some shade to reduce heat gain inside the building, with an extended porch flanked by a screen and a wall on either side.

“The building is completely shaded from the harsh summer sun we get, and we’ve done that by creating a space between the building’s inside and outside skin,” Moss says. “You can have a lot of vegetative growth there, which is an effective way to reduce temperatures.” This architectural approach works well for the desert climate in particular; creating shade, which enriches soils, and implementing design elements that revolve around the sun works well for the dry and sunny atmosphere.

With the building’s ability to regenerate natural energy covered, Studio Ma is focusing on trying to sustainably reuse water next. “For water what we are doing is taking black water—water that comes out of your toilets—and treating it,” Moss explains. Currently, the building doesn’t reuse water, but finding ways to regenerate water for use is the firm’s next actionable step. “There are technologies out there that we’re looking at that will do this . . . but water is much more difficult. I would say that the next generation of regenerative architecture is water.”

Xero Studio is net positive, so all of the materials used to build it must become carbon positive (meaning they produce more energy on site than the building requires and feed it back to the grid)—especially the wood. Studio Ma designed an exterior screen that surrounds the building made of kebonized wood, a special type of wood that comes from sustainably managed forests in the southeast United States, which is injected with organic resin to make it tougher, like trees you’d find in the rainforest. “The use of wood, when it’s done right and forested right, actually creates a carbon sink, meaning you’re able to store it,” says Moss.

Studio Ma’s Phoenix-based headquarters illustrate the advantages of regenerative architecture, and how paying attention to the world around us can provide innovative design solutions. Though Xero Studio is a fully realized example, the firm also has a larger interest in applying a regenerative approach to other constructions, such as a concept building on Arizona State University’s campus designed with the sustainability and engineering departments in mind. They’ve also proposed a bioclimatic, regenerative museum. But above all else, Moss and her team are hoping to start a conversation about the most creative and cost-effective ways to build structures that accurately respond to—and give back to—the environments that surround them.

“What needs to happen is we really need to think about planning in a different way. The most affordable way to make regenerative built environments happen is at a much larger scale,” Moss says. “What we should be doing is looking at where all of our sewage goes, [since] you can actually harvest heat from sewage. We should be looking at larger geothermal heating and cooling in whole districts and neighborhoods, because if you scale these technologies they become more affordable.”

Though Studio Ma’s approach to regenerative architecture is successful in the southwest United States, Moss emphasizes that these buildings cannot simply be copied and pasted into other natural environments. For Xero Studio to work properly in a more humid climate, for example, designers would have to adapt it. After all, every climate has its own unique challenges—and assets. 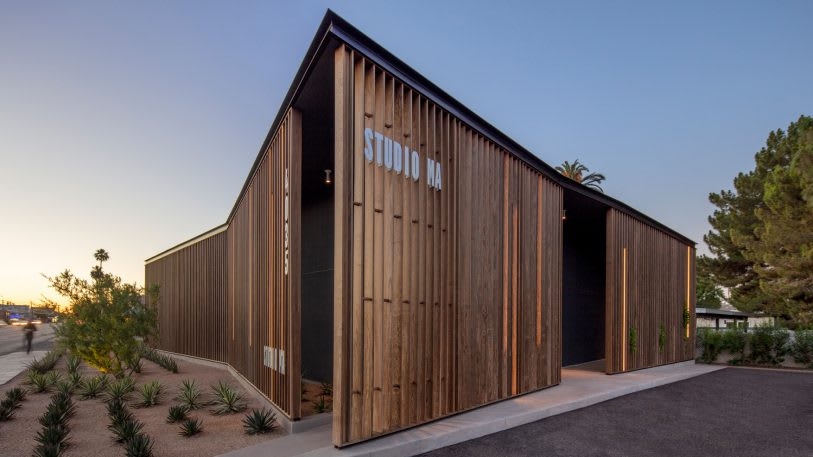 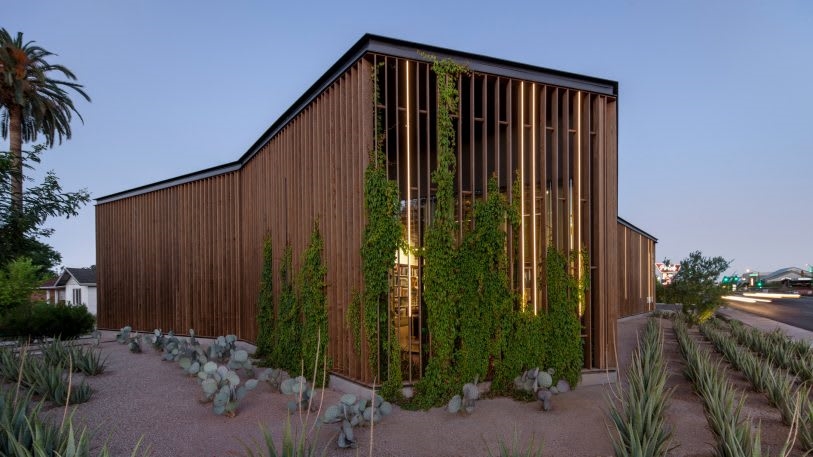 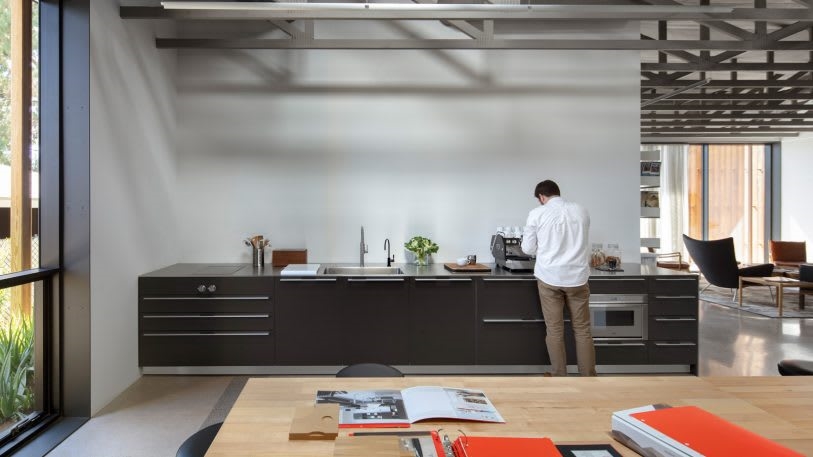 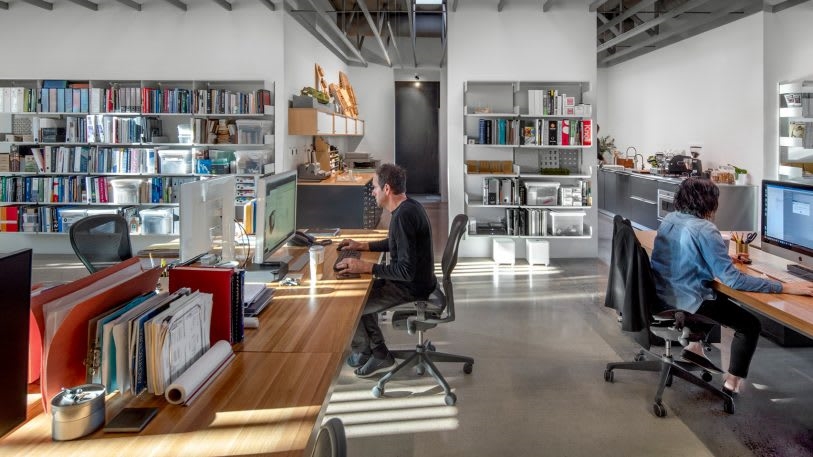 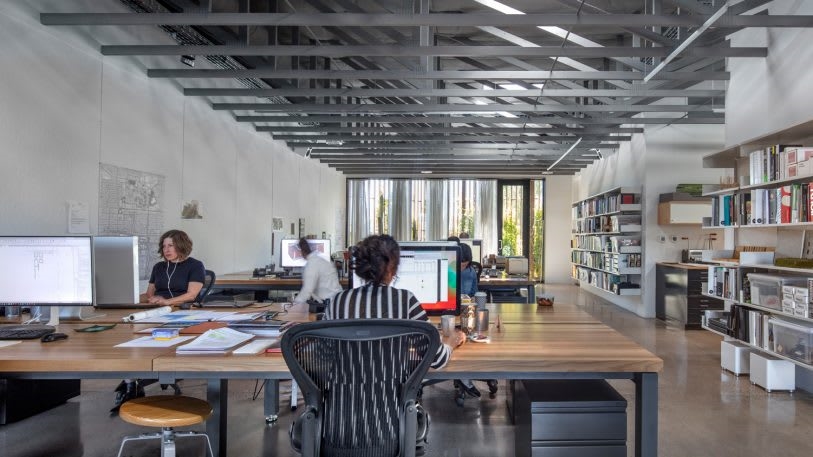 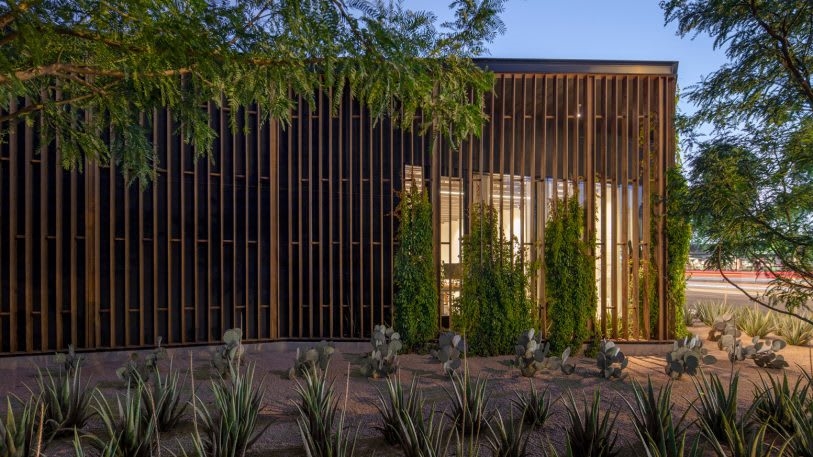 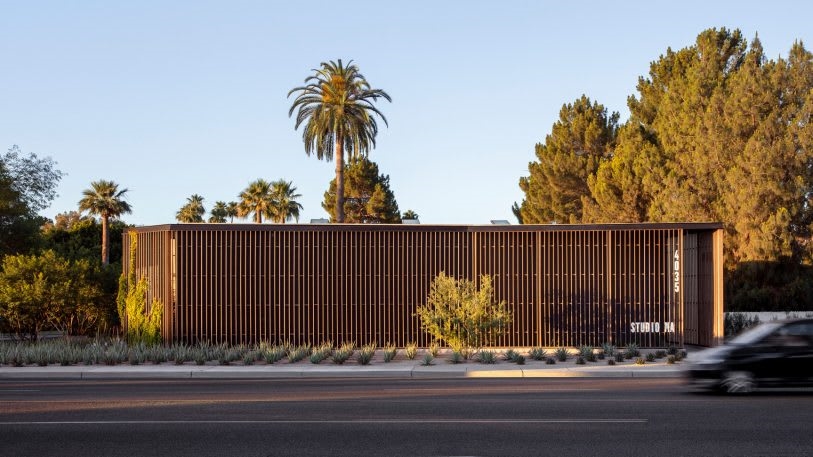 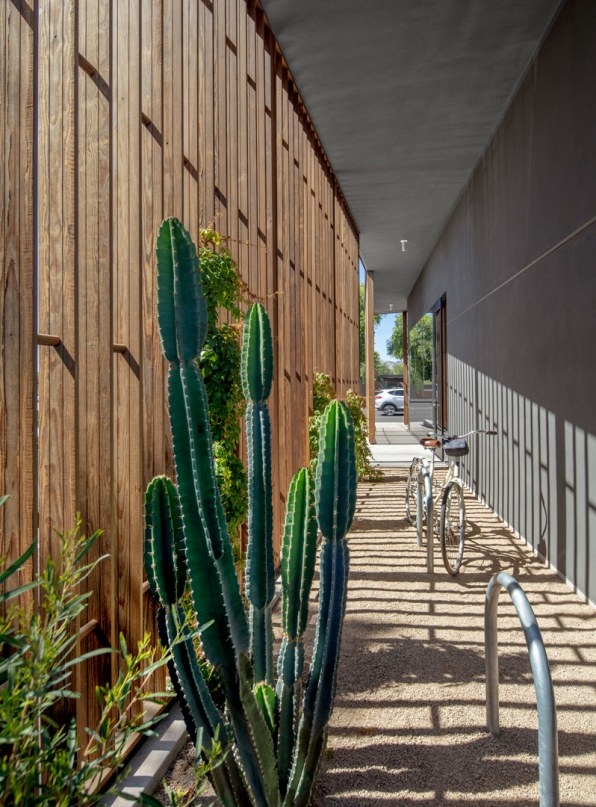