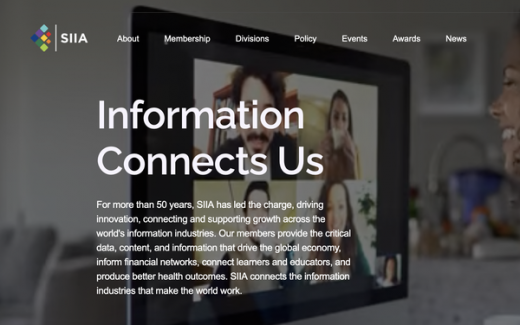 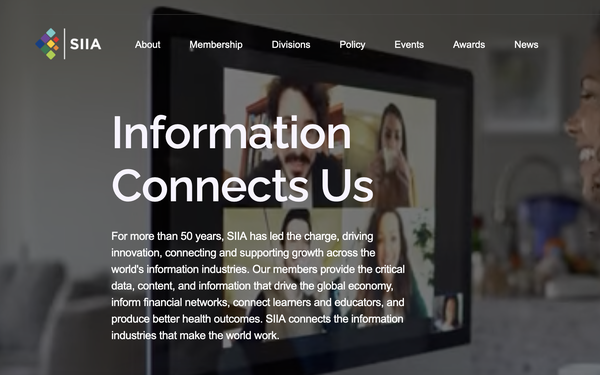 SIIA, the association for the specialized information industry, including B2B media, last week joined the growing number of public and private organizations in condemnation of the Russian invasion of Ukraine.

“SIIA joins the global community in standing with the people of Ukraine and condemning the unprovoked, illegal and immoral invasion of Ukraine by Russia,” the organization said in a press release on Thursday. “The horrific acts being committed by the Russian government against the people and sovereign nation of Ukraine will stand among the worst crimes against humanity in mankind’s sordid history of war and conflict.”

Among SIIA’s division is the Associations, Publishing & Media Network, which serves B2B publishers in the association, newsletter, digital, and print media.

“As governments around the world continue these efforts, we urge caution as some consider measures to disrupt or prevent access to the internet by the Russian people. We fear such actions will undermine critical efforts to organize opposition to the war, disseminate first-person accounts of atrocities committed by the Russian military and acts of bravery conducted by Ukrainians, and supply food, medical and other assistance to distressed communities,” the statement continued.

“Few among us have been unmoved by the viral videos enabled by access to social media platforms and the internet: The defiant speeches by President Zelenskyy. The brave individual acts of national defense including standing in the path of Russian tanks. The inhumane bombings of hospitals, schools and residential neighborhoods by the Russian aggressors. The strength of the indefatigable human spirit as expressed by the young girl singing a Disney classic while seeking safety in an air raid shelter.”

SIIA said it has made a donation to the World Central Kitchen and #ChefsForUkraine as they serve thousands of fresh meals to Ukrainian families fleeing their homes as well as those still in the country.

It continued: “We are proud of our many members who are providing substantial support to assist the people of Ukraine and are working tirelessly to help secure the safety of their employees and their families in the country. Examples include:

SIIA, the association for the specialized information industry, did “urge caution as some consider measures to disrupt or prevent access to the internet by the Russian people.”
MediaPost.com: Search & Performance Marketing Daily