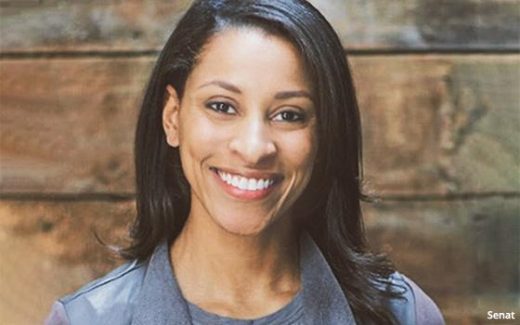 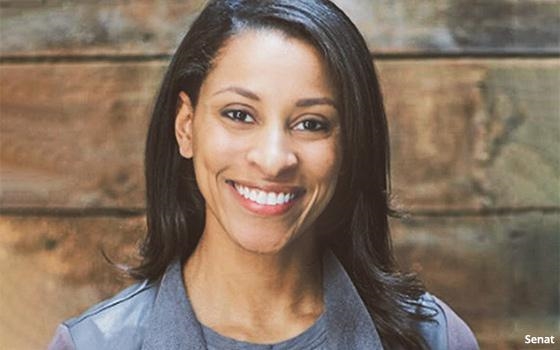 The importance of data and identity management have mushroomed as Apple, Google and governments worldwide take measures to protect consumer privacy online. This might explain why Zora Senat stepped into the role of senior vice president of marketing and partnerships at Infutor Data Solutions — a role she earned after spending two years at the company. The appointment was announced last week.

The road to Infutor began with an internship at Fox 4 News, Emma L. Bowen Foundation Media Partner, where she worked as a field producer, cutting video and audio tape for reporters to build out their interview reels.

With a background in theater as an undergraduate, Senat had hoped to work as a producer for HBO. “I got the job at HBO, but turned it down,” Senat said.

The influence of her boyfriend, who is now her husband, as well as the CEO at Exact Data, changed the direction of her career.

In 2011, Senat joined Exact Data, where she supported the company in various roles through the nearly nine years at the company. She rose up the ranks from director or marketing to CMO and then president. There she learned how to run Google AdWords campaigns and buy display ads that drove leads to the sales team.

Senat came on board in 2019 at Infutor as VP of strategic partnerships, with the goal to build a development team. Partnerships with agencies and brands became a way to drive demand for the company’s products.

Infutor recently restructured its product family to focus on identity resolution and verification, data and activation, and insights and analytics.

Think of it as a multi-sourced, large-scale deterministic dataset, complete with predictive signals aimed at making it easy to link to first-, second- and third-party data sources without an onboarding partner.

This flagship demographics file takes a snapshot of every adult individual in the United States. “It’s the largest data investment that Infutor has made to date,” Senat said.

Infutor has made investments in digital identifiers the past, but the company isn’t cookie-dependent.

Its new identify graph, which a handful of companies have begun to build, is based on a database of permissibly obtained hashed email addresses.

In fact, the company has a “massive amount of email addresses,” which came from its offline business that it operated until about two to three years ago, until the company made the investment to move online. All are privacy-compliant, she said.

What’s the best piece of advice she every received? “Never hire someone running away from something,” she said. “They need to be running toward something. The same goes for your own career.”

Two books she is reading and recommends include These Truths by Jill Lepore, and Factfulness by Anna Rosling Rönnlund, Hans Rosling, and Ola Rosling .

When asked to name her favorite brands, Senat named Lovevery, Nordictrack, among others. “‘You have to be calm to be fast’ — a great piece of advice I received from my virtual trainer this morning.”