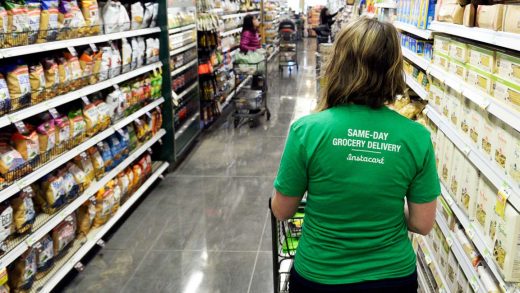 Instacart delivery drivers are striking this week. Here’s why

Those five bags of groceries may take longer to get to you this week, if drivers for grocery delivery service Instacart succeed in mounting a three-day “strike” from November 3 to November 5 to demand better pay. The quotation marks are because the drivers, known as shoppers in Instacart parlance, are freelance gig workers. While there’s no job to strike from, many have vowed to not accept assignments in an effort to slow the system down.

Instacart says it has more than 130,000 shoppers in North America, so it’s a long shot that strike organizers will rally enough people to make a dent in its business. (They have not provided an estimate of how many people will participate.) But the strike draws attention to complaints that span the gig economy: As pay declines from the salad days when startups paid generously to attract talent, workers are relying more on tips to make up the difference. Meanwhile, seeing how delivery costs add up, customers are less inclined to leave good tips.

In an open letter addressed to Instacart’s CEO and founder Apoorva Mehta and signed by 212 shoppers, Instacart workers catalogue the ways their pay has changed and implore the CEO to listen to their grievances. But having fought a losing battle for better pay, Instacart shoppers are now fighting for better tips, demanding that the company change the default tip in the customer ordering app from 5% to 10% of the cost of the groceries. “You have demonstrated a pattern of behavior as CEO of eviscerating our pay and pirating our tips,” the workers write. “It would cost you, Apoorva, absolutely nothing to restore our previous tip defaults to at least 10%.”

Of course, customers would still be free to change the tip to any amount they want, including zero. And Instacart states clearly in its app that “Tips are always optional.” Shoppers are merely demanding the possibility to make a little more money.

Tips have been a topic of contention since Instacart changed the pay formula in late 2018, which workers say left them getting less money for the same work. Earlier this year, shoppers protested the company’s practice of counting tips toward its guaranteed minimum payment of $10 per assignment. In one extreme case, a shopper was paid $10.80, $10 of which was tip—meaning that Instacart only contributed 80 cents.

Stinging from bad press, Instacart introduced a new pay model with guaranteed minimums, regardless of tips, ranging from $5 to $10, based on the assignment. Minimum-payment orders typically come in at $7, based on dozens I’ve reviewed, and can require a lot of work for the money. One typical $7 order I saw required the shopper to pick out, check out, and deliver 47 products.

Instacart sweetens the deal by tacking on a default tip of 5% the value of the groceries, or $2, whichever is higher. Shoppers often use this estimated tip amount when they decide whether an assignment is worth taking.

But customers can change the tip anytime from the moment they place the order until three days after delivery. The customer set a zero tip on the $7 assignment I mentioned above. And as I reported last month, customers often reduce or even eliminate tips after they get the order.

Some tips may be cut for poor service; but consider a comparison to waitstaff. How awful would the service in a restaurant or bar have to be to not tip a server? And they have a safety net: If waitstaff’s base pay plus tips does not at least equal the legal minimum wage, the restaurant has to kick in the difference (that’s because they’re salaried workers).

Minimum wage laws don’t apply to freelance workers like Instacart shoppers. For most of the year, labor rights group Working Washington has been fighting for Instacart and other gig companies (like DoorDash) to pay a guaranteed minimum of $15 per hour, plus reimbursement for miles driven.

Gig companies balked, until California passed a new law that would force them to make their contractors into employees, subject to minimum wage law and many other protections. Instacart has now joined DoorDash, Lyft, and Uber to propose a ballot initiative that would exempt them from the law in exchange for concessions including a guaranteed minimum hourly wage.

One way or another, workers in California may get more reliable income and the ability to earn tips on top of that for great service. But for gig workers at Instacart, DoorDash, and other companies in the rest of the country, tips are essentially an integral part of their pay.

Without a decent tip, many of these assignments may not pay enough to incentivize drivers to take them on. So whether or not the strike works, low pay and low tips for drivers mean you may still be waiting longer for your delivery orders in the future. 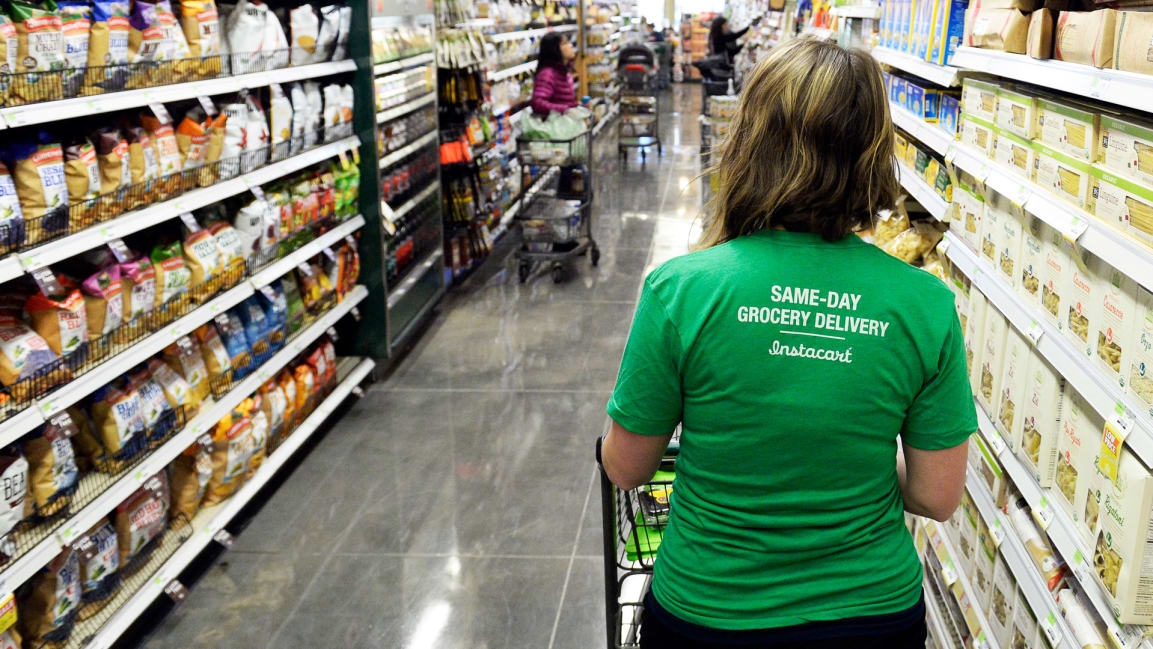