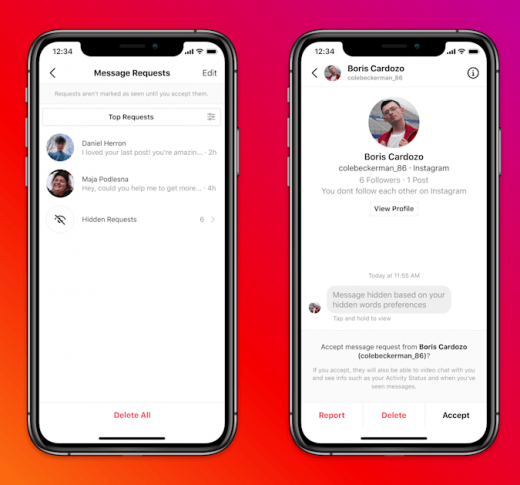 Instagram is adding new features to prevent harassment in direct messages. The changes include new ways to filter message requests, and the ability to block the same user across multiple accounts.

The update comes after Instagram tightened its policies around harassment in direct messages after football players in the UK spoke out about racist messages they’d received in the app. The company said at the time that preventing abuse in direct messages posed a challenge as the company doesn’t use the same automated tools as it does in its comments.

Now, Instagram will give users the option to block not just an individual user, but to “preemptively” block any new accounts they may create. This could help people who are repeatedly targeted by the same people, or who simply don’t want the person to be able to find them with a new account. (Instagram notes that its rules prohibit banned users from creating new accounts.)

The app is also adding a new tool to prevent abuse in “message requests,” the separate inbox for messages from people you don’t already follow. Instagram is adding a new filtering tool, which allows users to automatically hide message requests “containing offensive words, phrases and emojis.” The company says it worked with anti-bullying organizations to come up with a list of blocked words, though users can also add their own words to the list.

Instagram has repeatedly faced pressure to do more to prevent bullying on its app. The app is also currently facing scrutiny over its plans to create a version of its service for kids younger than 13. Democratic lawmakers recently pressed Facebook to include more safeguards for children, and members of both parties have questioned whether the social media company does enough to protect its youngest users. 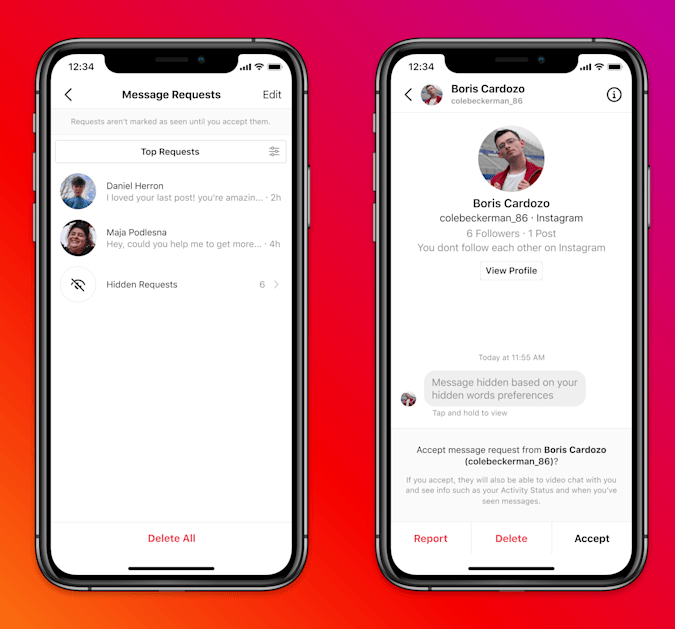