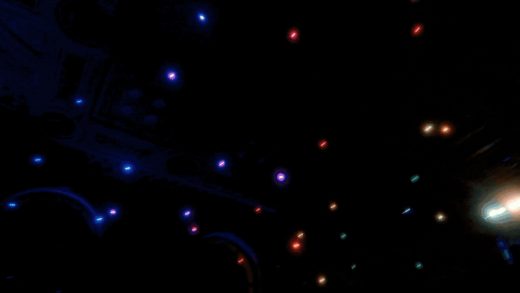 Suddenly, the sound in the room changed from amplified violin to buzzing as dozens of drones began flying overhead, lit up in the colors of the rainbow, comprising the first public indoor performance of Intel’s Shooting Star drone light shows.

Made famous during the Olympics, the Super Bowl, Coachella, and at the opening of CES in Las Vegas this year, the outdoor shows feature dozens or even hundreds of the small drones, flying in pre-programmed unison, making for one hell of a light show. But while Silicon Valley-based Intel has worked with partners around the world on many of these spectacles, the performance at the AT&T store marked the beginning of the technology giant’s partnerships with third parties for indoor drone light shows, as well as a celebration of Pride Month.

Flying dozens of drones together in a coordinated show–all by a single pilot, by the way–is a very complicated undertaking, explains Natalie Cheung, Intel’s general manager of drone light shows. And unlike how many consumer drones are flown these days, Intel can do it all without using GPS for positioning.

Of course, Intel plans on continuing to work with partners on its outdoor drone light shows, as evidenced by the fact that it’s replacing the traditional fireworks at California’s Travis Air Force Base the day after the Fourth of July. But now that it’s successfully pulled off flying its drones at the San Francisco AT&T Store, the company wants to put new emphasis on finding partners interested in bringing drone light shows to a wide variety of indoor spaces.

According to Cheung, setting up one of the shows can be done in as little as five to seven days of preparation and testing time at the actual location, with the timing depending on the complexity of the environment. But even before bringing its equipment to a place like the AT&T Store, Intel’s drone light-show team spends weeks or even months working on the performance, doing a safety site survey to discover any potential obstacles, and to develop the light show’s animation.

The challenge there, Cheung explains, is making sure that the animation the drones create while in flight is properly synchronized to music being played in the room “to create the right theme and the right tone for the audience.” That animation can take up to two weeks.

Naturally, with only a single drone pilot running the show, everything is pre-programmed and autonomous. “There’s so many points of potential error,” Cheung says, that “even before we fly, we know what it’s going to look like in that environment because we have pre-visualization software that allows us to see what it’s going to look like in flight and see the patterns in there.”

While Intel isn’t saying right now how many indoor shows it’ll be doing, or with whom it’s working, Cheung sees the opportunity to bring the performances inside buildings–where the drones are flying over people’s heads–as an entirely new form of entertainment that’s immersive and more visceral than many others.

For Intel, its drone light shows initiative is clearly not about the bottom line. Rather, it’s about promoting the idea that the company is involved with drones–which it is, in the inspection, agriculture, and oil and gas fields. To be sure, no one who sees a drone light show is going to think of Intel’s rooftop inspection drone program, but Cheung says that as her team innovates, the new technologies it develops can be applied to the commercial drone efforts.

As an example, she points to the idea of using a single pilot for multiple drones, or even the idea of bringing drones indoors in the first place. Intel has gotten licenses to operate the flying devices in 15 countries through its drone light show program.

When Intel began its drone light shows three years ago, it was using prototype devices. But the increased demand around the world for such performances led the company to develop purpose-built drones that are very light, have no onboard cameras, and are super safe to fly around people.

The new Shooting Star miniature drones that flew inside the AT&T Store last week are made from plastic and foam, have propeller cages that protect people in case of an accident, and weight just 0.73 pounds. Yet they feature LEDs that are capable of over 4 billion color combinations, making just about any animation possible. That model is smaller than the drones Intel has typically flown outdoors. And, Cheung says, “It’s exactly what you need to fly a show, and do it safely, both indoors and outdoors.”

Update: Intel says it has rescheduled its drone light show at Travis Air Force Base in California until July 5th due to high wind conditions. 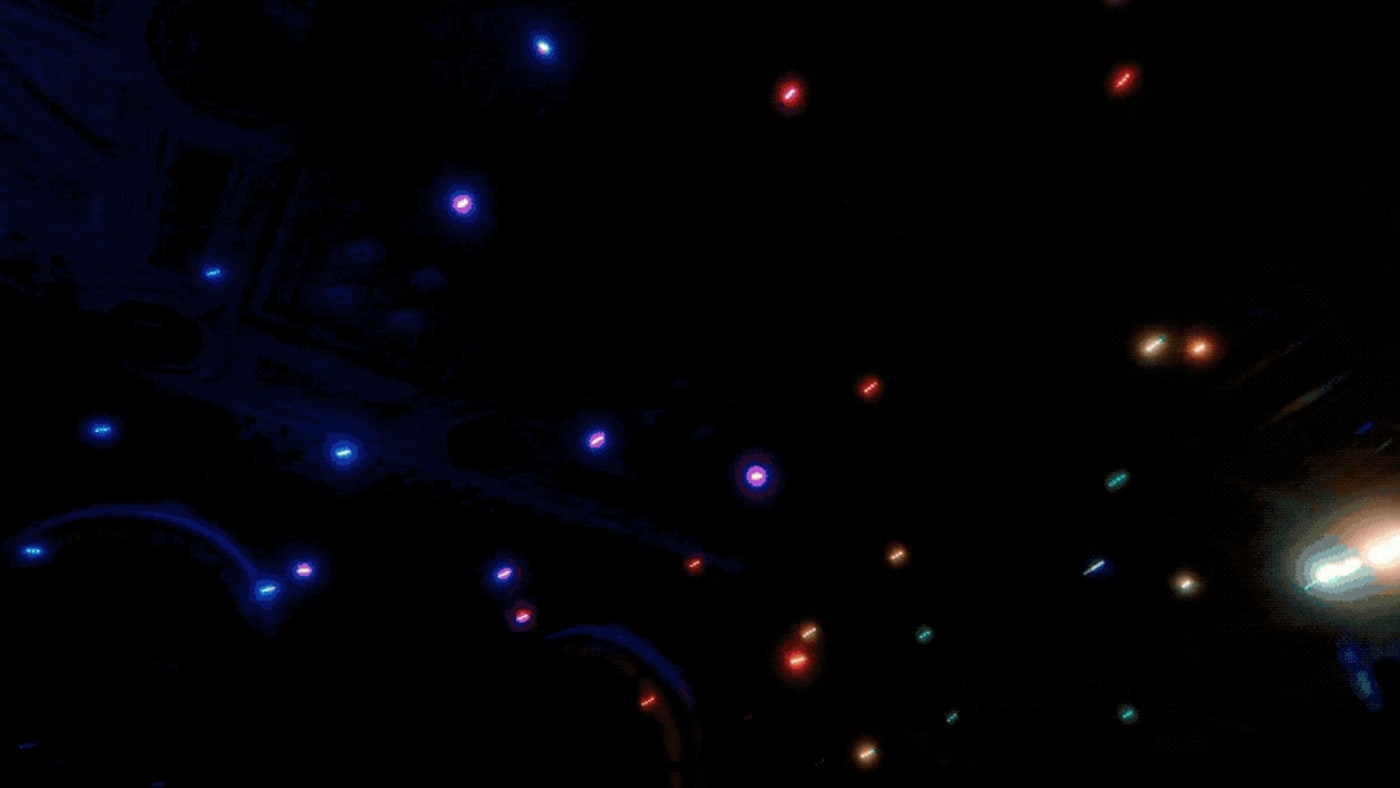