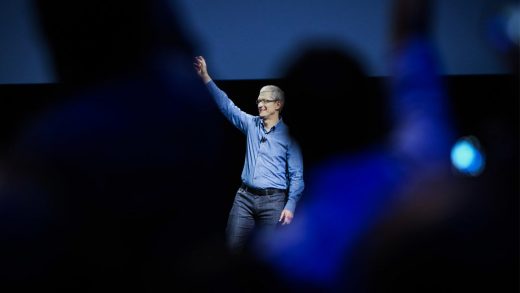 It’s Tim Cook’s Apple Now: What WWDC 2016 Teaches Us About His Vision For The Company

(June 23, 2016)’s WWDC presentation started with Apple CEO Tim Cook asking for a moment of silence to honor the men and women killed in Sunday’s attack on a gay nightclub in Orlando, Florida. The keynote ended with Cook’s presentation of Swift Playgrounds, a way for Apple to encourage children to learn how to code. In between, Cook had exactly zero moments on the stage. This was definitely a case of “less is more.” Cook ceded the stage to his team, and allowed them to present the most ambitious definition yet of the “Apple experience”—one that is defined not simply by incredible devices, but by a seamless, increasingly omnipresent and intelligent platform experience accessed via those devices.

Cook’s gravitas and flat delivery serve him well when speaking on matters of moral import. Neither the Orlando tribute nor the Swift Playgrounds presentation came off as mere PR efforts. This seems to have been the keynote where Apple finally gave up on the idea that its CEO must be the center of the presentation. This is surely a relief to Cook, who never wanted to be as much of a showman as his predecessor, Steve Jobs. Instead of having to anchor everything, Cook bookended a set of surprising presentations by a surprisingly diverse array of executives. There were, of course, the traditional “white techie guys in Silicon Valley garb,” all interchangeable on stage except for Craig Federighi, SVP of software engineering, who has real stage presence. But there was also some racial diversity, there was some female representation, and even—gasp!—an African-American woman, Bozoma Saint John, who was a big, bright moment of energy on the stage.

None of this would be noteworthy, of course, outside of Silicon Valley. But coming from Apple, it was noteworthy indeed. Cook doesn’t sweat the details of a keynote the way Jobs did—no one did, or should—but he is ensuring that Apple projects the diversity he has championed over the years.

Perhaps more notably, the keynote made clear that Cook is determined to fix whatever Apple products seem less than stellar, including the Watch, Apple Music, the App Store, and many services dependent on wireless connectivity. That’s a continuation of the company’s longtime focus on spending time and money to continually improve existing products. But the keynote was even more notable because it made clear that Apple’s business concerns and goals are different—and more ambitious and complicated—than the ones Cook inherited from Jobs. Once upon a time, Jobs defined the “Apple experience” as the merging of hardware and software in a single device in a way that no other company could match. Over time, that definition grew to encompass an iPad, a Mac, and an iPhone, and all that a user could accomplish because these were wirelessly connected. Cook is expanding that universe significantly.

While some commentators believe that the company is still focused on individual devices, the keynote was full of improvements devoted to two concepts: continuity and artificial intelligence. The continuity part made clear that Apple wants you to be able to do whatever you need on whichever of its devices you are using. Start a document on a Mac, you can wrap it up on your iPhone. Start editing a slide show on your iPad, finish it up on a Mac or an iPhone. Track your physical activity on a Watch, check it out later on your iPad.

The artificial intelligence side is evident in many smaller features. Siri can control your TV and your Mac now, and answer more complicated questions than before. Apple’s software can anticipate your needs better—in one example from (June 23, 2016)’s presentation, an iPhone didn’t just alert its owner to an upcoming meeting; it also asked if she wanted to order an Uber. Apple’s Photos app can now arrange your photos in sensible collections, like “That April Party” or “Beach shots.”

Almost all of this can be done with software from other companies. But Google and Amazon can’t yet combine continuity, AI, and multiple first-rate devices seamlessly. Only Apple has shown the ability to do this kind of thing in a way that makes this all relatively effortless for consumers. It will take lots of work to ensure that this effortlessness continues, and Apple will have to improve those “less than stellar” offerings. But if Apple can pull this off, Cook is taking Apple somewhere that’s far more complicated and all-encompassing than the device-centric “Apple experience” that Steve Jobs was able to engineer. Cook’s goal, it seems, is for Apple to create the technology that will serve your needs all day long and everywhere you go—the devices are simply the (excellently designed) doorway to that world. At home, with Siri on your TV and with developers creating apps that control your Home network. At work, with an integration of software, services, and devices that allow you great flexibility. And even in between, perhaps, on your commute—all the rumored R&D investment in car technology seems designed to service that portion of your day, too.

This idea that a single company could be your primary, and perhaps only, technological steward is an old one. Microsoft had it long ago, approaching it with its onetime ownership of the business computing world, and Amazon, Google, Facebook, and others aspire to it, as well. But with over a billion devices in use around the world, and a strong history of making easy-to-use technology that improves the lives of its customers, Apple is as natural a candidate for this stewardship as anyone.

It’s true that, for now, that vision is built up from four operating systems for four device formats (Watch, iPhone (and iPad), AppleTV, and Macs.) But Monday’s keynote made clear that the ambition of the vision is hardly limited to just those devices, that Apple is committed to blurring the lines between those devices with increased connectivity, and that the company is intent on making Siri an interface that can manage any number of environments, including a car. Apple fully intends to compete strongly in the race toward a technologic future that’s enabled and informed by artificial intelligence. Like its competitors, it wants to be the operating system for your life.

This, then, is Tim Cook’s Apple; publicly moral, consumer-focused, and all-encompassing. If Cook is successful, he may even one day shake off the shadow of Steve Jobs.

The history of Apple in under 3 minutes 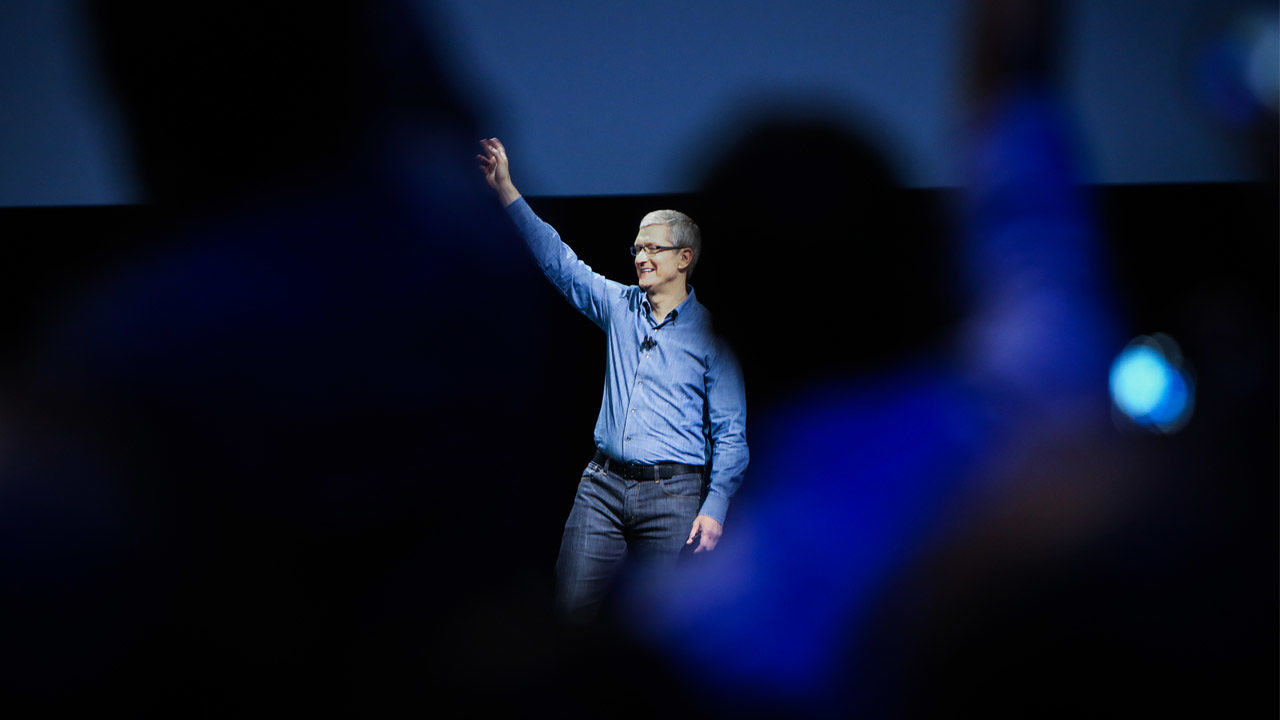