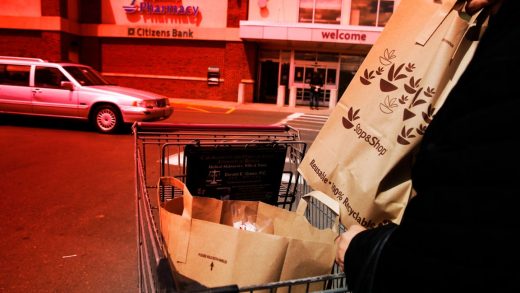 Essential workers have been on the front lines of the pandemic since March, risking their health to sustain our food supply and care for the sick and elderly. But as the economy reopened over the summer, retail stores and other businesses were suddenly burdened with another responsibility: wrangling customers who refused to follow public health guidelines.

As mask mandates have been politicized by those who view them as an attack on their civil liberties—including the very White House that has since become a coronavirus hot spot—many customers have felt entitled to express their desire not to wear masks in places of business. Retail and grocery workers have been saddled with enforcing those rules, making them the target of ire for malcontents. Some workers have even been physically assaulted by customers who were incensed by a request to wear masks.

“A mask mandate is meaningless without enforcement,” says Marc Perrone, president of the United Food and Commercial Workers union, who believes these workers should not have to bear the brunt of enforcing these rules. “With over 100 grocery workers already killed by COVID-19 and more than 15,000 workers infected or exposed, every retailer and grocery store must mandate customer masks and enforce the policy with trained security, not store employees already stretched thin. This is the only way we can keep stores safe for workers and the communities we serve.”

I spoke to two grocery and retail workers about what it’s like to be tasked with reinforcing mask mandates and placating disgruntled customers—as well as whether they feel supported by their employers. These interviews have been edited for clarity and space.

When they started pushing everyone to wear masks, we all started wearing them. We had masks; we had face shields. We had plastic gloves, which I’d wear anyway because it’s cold back there. It was really scary for us because back when it first started, before they put all the plexiglass up and all that stuff, you really couldn’t stay 6 feet apart. [You’re] just trying to put the products on the shelves, and people are right there trying to get it. So you’re trying to stay as far away as you could because at that time, the consumer didn’t have to wear a mask. So it was really scary for us, especially when you heard of all the people getting sick and dying. We were right there. And I have a compromised immune system on top of it, so I was really worried.

It was really scary for us, especially when you heard of all the people getting sick and dying.”

I’ve been told to shut up. “I don’t have to wear a mask. Mind your business.” I’ve been called the Karen of Stop & Shop. I was told to go f**k myself. I had one guy tell me, “You can’t tell me what to do. Are you threatening me?” I said, “Excuse me?” And we were very nice about it. I would say, “You know, I don’t like wearing it either. We just have to protect each other, and other people around.” But they just get it in their head. They’re not wearing it, and they don’t want to be told what to do. Some of them, you’ll ask them to pull [the mask] up. As soon as you walk away, they pull it down.

By the time they get to me, they’re halfway through the store. When it first started, we were told [to] politely ask them to put it on. If they refused, you could tell them they have to vacate the store. The announcements were going through the store through the intercom, but we were making announcements too. Some [customers] just came in and said, “Look, I’m not wearing a mask, and that’s it.” And they just went about their business. Then I noticed other customers, especially elderly customers—they were getting a little irritated with it, because they’re wearing their masks. Why aren’t you wearing yours?

If I don’t get anywhere, I just walk away. Some people just like to be right, and that’s it. Nobody’s going to tell them what to do. When you come across somebody like that, you’re not going to win, so you may as well just give it up. If you don’t know by now that you have to wear a mask, something’s not registering upstairs.

First [management] said it was okay for us to ask people to leave the store if they didn’t have a mask. Then we were told that we couldn’t do that. There was no reasoning for it; I think they just didn’t want to lose any customers. This all started right around the time they took away our hazard-pay-slash-appreciation-pay. So we’re not appreciated, and they’re not worried about our health.

The other thing they said was you could contact the police department. Use your own discretion; call the police, or bring it to a manager. I think full-timers feel more comfortable making a decision like that, versus part-timers. [But] we’re in New Haven. The police are not going to come out for somebody not wearing a mask.

We had two women in our store that would go around and clean and sanitize. They walked the whole store and wiped everything down, and then that stopped July 1. It gave you a sense of security. Whether it helped or not, I don’t know. But seeing them doing that made you feel better.

It’s still scary. There’s still a lot of questions, and sometimes no real straight answers. When [this] first started, [Vons] hired 20 people for the cleaning crew, which was terrific. But that has dwindled down. The emphasis is still on cleaning, but we just don’t have the crew like we started out with. But from day one, it has been you wear a mask in the store and it must cover your nose and your mouth. We’ve had several customers make us masks. And that was a welcome thing when it first started because we were really struggling to find enough PPE for the whole store.

If I have a customer that comes in without a mask, I will offer them some of our stash. Most of the time they take it. I’ve had a few that were vehemently opposed. We approach it as respectfully as we can: “I’m sorry, the mandate is you must wear a mask to come into our store. May I offer you a mask?” We haven’t, thankfully, had anything escalate to the point where we’ve had to escort somebody out, or call the police for help. But my manager and assistant manager don’t want it to reach that point. So I can always call them, and they can kind of ease the situation away from the other employees and customers.

One gentleman I asked to put his mask on said, “I have a cup of Starbucks.” I said, “We’re not a restaurant, and you can’t walk around and eat with a mask off in our store. I need you to raise your mask.” And I got a very ugly look from him when he pulled it up over his nose. I had somebody else grab [a mask] from me and try to angrily put it on. One gentleman yelled at me and said, “Just take my money, and I’m out of here, and you don’t have to worry about it anymore.” He was 10 feet from the door, so we were done with him. [Another] said, “I’ll get a bunch of people and we’ll protest in front of your store until we don’t have to wear these masks in here anymore.”

People handle this in different ways, so you really have to take a deep breath and stand back. There’s a lot of prayers said: “Please, Lord, let me say the right words in the right way.” And that’s why most of my employees don’t want to deal with these people. There have been times where the customers have freaked out.

It’s a lot of extra added anxiety for the employees. I was off a week and I actually had this horrible feeling of dread walking back into the store.”

It’s kind of funny watching how people react and what they say because you really have to just stand there, smile behind your face mask, and go, “Okay, have a good day.” Because there is no good answer to what they’re telling you. They’ve got conspiracy theories. They’ve got politics. They’ve got personal freedoms. They’ve all got different, strange ways they’re viewing this—and we’re the enemies because we’re the ones making them wear the mask. They don’t understand the fact that they could be bringing a virus in with them. It is not in their bubble; it’s not in their world. They don’t comprehend that they could actually transmit without even realizing it.

It’s a lot of extra added anxiety for the employees. I was off a week and I actually had this horrible feeling of dread walking back into the store. The first thing I heard coming into the store were the customer complaints about the masks and the lines, and I thought, Okay, here we go.

I just really wish people would understand that the masks are for everybody’s safety. It’s a little thing to ask while you’re shopping. We’re in those things for 10 hours a day. You’re in our store for maybe an hour or less. Please respect us. Respect the fact that we’ve got a mask on to protect you. Don’t grab the receipt out of my hand and crumple it up into a fist in front of me because I asked you to raise your handkerchief back up over your nose. Don’t turn around from my register and rip your face mask off because you just checked out and think you’re done. Have a little respect for everybody around you and just wear your face mask. 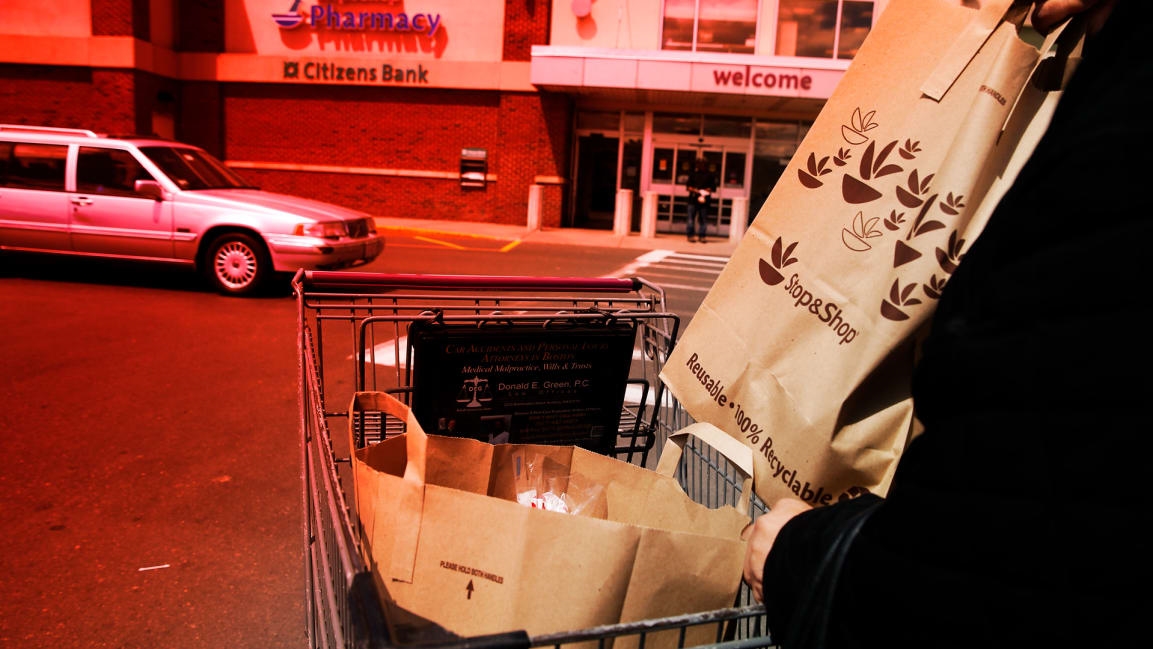