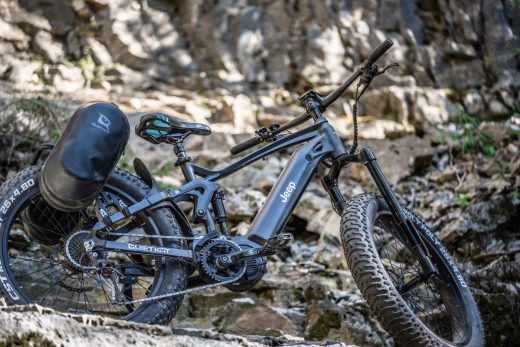 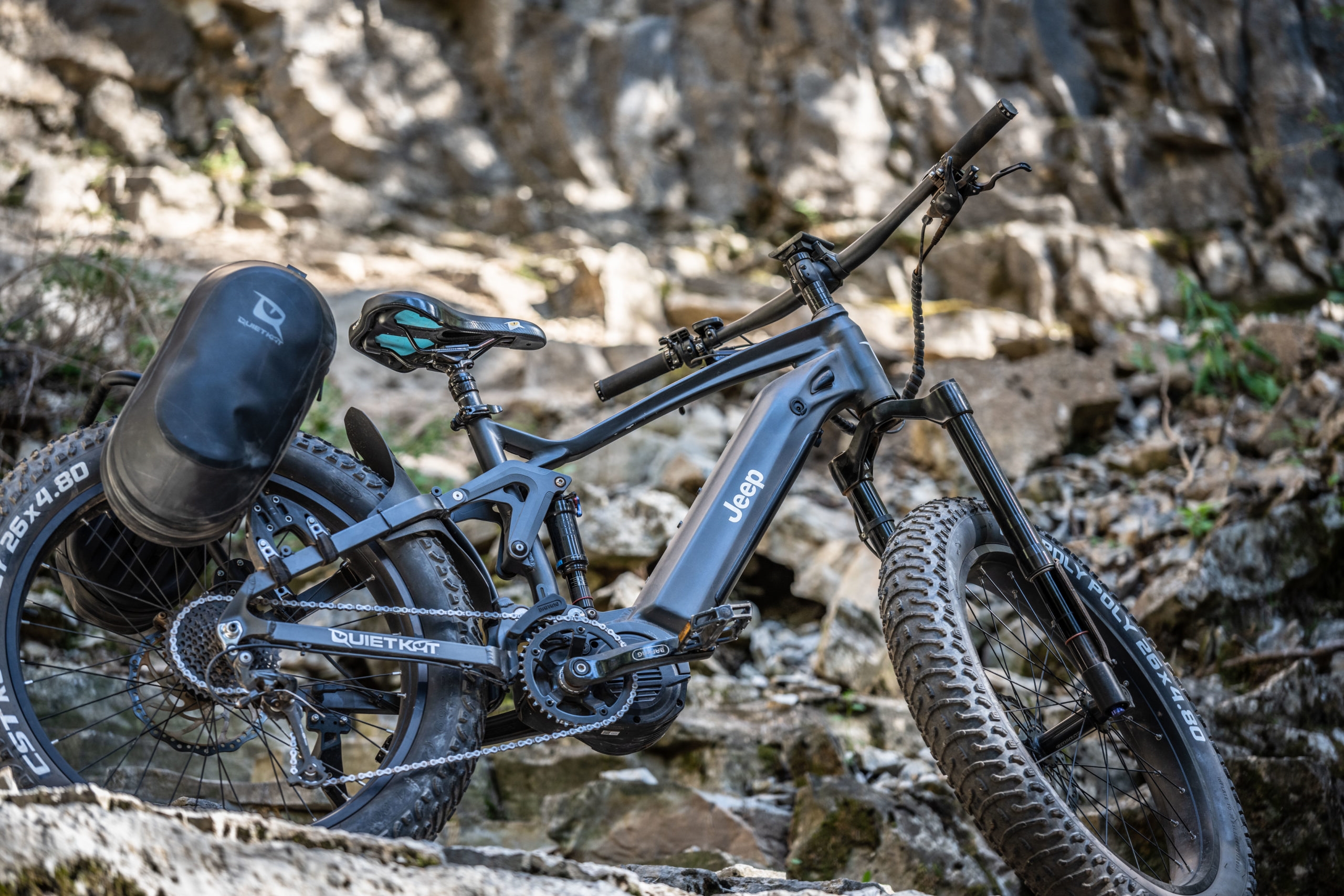 Jeep’s full-suspension off-road e-bike with insane amounts of power and an equally ludicrous price tag will finally start shipping in “early September,” according to manufacturer QuietKat. The company also released a climb performance video, showing that you’ll be able to mount steep hills without breaking much of a sweat — the dream of every Sunday mountain biker.

The Jeep e-bike comes with a 750 watt “Bafang Ultra” motor that can peak at 1,500 watts and go for 30-60 miles thanks to the 48 volt, 14.5aH battery. It has a RockHox Monarch RL rear shock and front air suspension fork with 150mm of travel, 10 speeds, 4-piston hydraulic disc brakes and 4.8-inch fat-tires. It weighs in at 79 pounds, over double the weight of a normal competition downhill bike, but it’s not bad considering it also gives you a ride up the hill.

You’re going to pay to get the ultimate all-terrain, Jeep-branded e-bike. It starts at $5,899, which sounds like a lot, but is in the ballpark of other full-suspension e-bikes. As mentioned, QuietKat has promised that it’ll start shipping in early September.