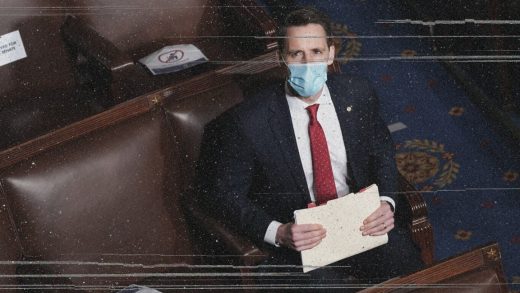 Josh Hawley emboldened the Capitol mob. Now his future as Big Tech cop is in jeopardy

Missouri senator Josh Hawley was caught by a photographer as he fist-pumped to a group of Trump rioters outside the Capitol building Wednesday. The image, which is being shared far and wide on the internet, will commemorate Hawley’s role as a primary enabler of the sacking of the Capitol Wednesday, a deep national wound that won’t soon heal.

It may also constrain his ability to enact regulation curbing Big Tech’s excesses, something for which the senator has quickly become known in his two years in Congress. As a result, Big Tech’s lobbyists and public policy people in Washington may be breathing a sigh of relief as Hawley’s political damage mounts.

A photographer and a fist pump. The story behind the image that will haunt Josh Hawley https://t.co/wbKSsSwAGT

Hawley was the first senator to commit to objecting to the counting of the electoral votes, citing an “unprecedented effort of mega corporations, including Facebook and Twitter, to interfere in this election.” It was an extreme political gambit with little chance of changing Trump’s fate. And Hawley stuck to the political theater, even after the Trump supporters had flashed selfies in the Speaker’s chair in the Senate and in Nancy Pelosi’s office.

The blowback is already bad, and more may be coming. The Kansas City Star is calling (paywall, sorry) for Hawley to step down or be recalled. He’s just lost his deal with Simon & Schuster to publish his book, The Tyranny of Big Tech (he called Simon & Schuster a “woke mob” and promised to sue). Respected former GOP senator John Danforth says he regrets having mentored and groomed Hawley for his Senate seat. One of Hawley’s biggest donors, Missouri businessman David Humphreys, angrily disavowed the freshman senator, accusing him of inciting the riot at the Capitol.

Though much of his credibility may now be gone, it wasn’t long ago that Hawley was considered a formidable opponent to Big Tech.

When I interviewed Hawley in 2019, his political stock was way up, in part because of his understanding of the tech industry and his eagerness to introduce new legislation limiting the free rein the tech industry has for years enjoyed. I found him down-to-earth, likable, and persuasive, and I got the impression that he understood some of the real risks that services such as Facebook and Google pose to consumers.

But even then there were glimmers of Hawley’s deeply partisan nature. After talking about things such as curbing Big Tech’s endless hunger for personal data and controlling the industry’s penchant for creating products that addict, Hawley seemed always to find his way back to the right’s deeply held—but mainly unfounded—belief that conservative voices are systematically suppressed on social media. And that was a very different voice. At the time, I wondered which is the real Hawley—the one who wants to protect people from tech’s worst habits, or the one who cares mainly about working the refs who control social media.

I’m not the only one. Here’s how Hawley’s home-state paper, The Kansas City Star, put it: “Sen. Josh Hawley has relished his role as the tech industry’s chief antagonist on Capitol Hill, but whether Hawley’s bills are political theater or serious policy goals depends on who you ask.”

The events of the past week seem to provide the answer. Hawley has always been a staunch Trump ally. That may be a political reality of retaining the support of his deep-red constituency back home. But Hawley—whose name is often mentioned for a possible GOP presidential run in 2024—went well past that requirement when he claimed a starring role in enabling Donald Trump’s “Stop the Steal” fantasy.

Now Hawley has shown himself to be a deeply partisan animal, a creature of the alternate reality of Fox News and Limbaugh.

The various stakeholders in the tech regulation debate will remember that as Hawley argues for stripping legal protections related to content moderation from social media companies. Or when he questions people such as Mark Zuckerberg and Sundar Pichai about privacy policies during congressional hearings. His Democratic colleagues in the Senate might be less ready to believe that his willingness to work across the aisle is really motivated by a desire for a holistic, 21st-century regulatory regime that protects consumers from Big Tech’s worst instincts. In his impressive commentary, they might only hear his desire to force tech companies to allow more, and more extreme, right-wing content.

Washington is ready to regulate Big Tech, and the stars are lining up with a Biden presidency and a Democratic-controlled Congress. Had Hawley kept his deeply partisan urges and presidential aspirations hidden for the next few years, he might have played a big role in passing meaningful tech regulation in the Senate. But now he wears a scarlet letter, and his threat to Big Tech is probably neutered. 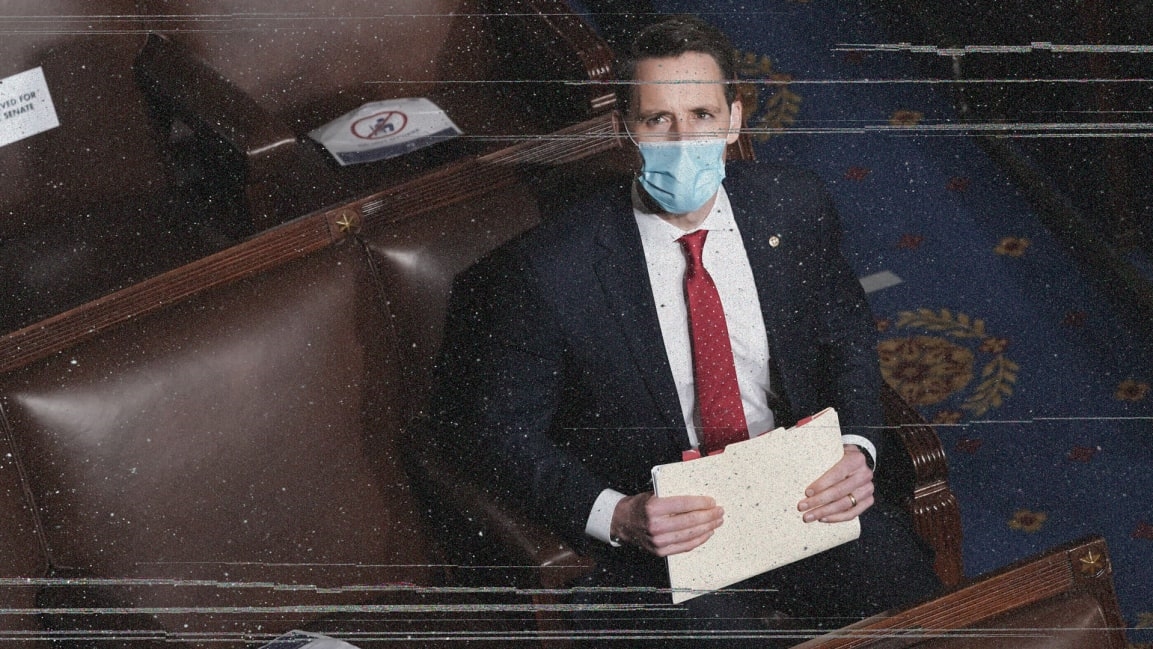