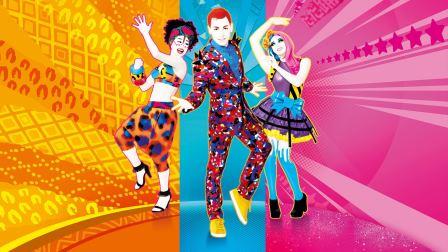 As virtual reality becomes more widely available, the creators of Just Dance are looking to the future of the megahit music franchise and exploring ways to use VR make it more immersive. Dancing while visually cut off from your surroundings presents a clear challenge, but that won’t be an issue in Just Dance VR, a special prototype that takes attendees at this year’s E3 into the vivid environments of Just Dance’s songs.

While players won’t actually be encouraged to dance in Just Dance VR, they will get to experience three-dimensional, 360-degree versions of four song environments from Just Dance 2016 – “Same Old Love” by Selena Gomez, “Problem” by Ariana Grande Ft. Iggy Azalea and Big Sean, “Born This Way” by Lady Gaga, and “Chiwawa” by Wanko Ni Mero Mero – during a three minute sensory experience.

Unlike the other Ubisoft games on display at E3, Just Dance VR is only a prototype, meaning there are no plans to make it available to the public – but it does hint at some bold possibilities for the series’ future. For more on Just Dance and other Ubisoft games at this year’s E3, check out our other coverage: