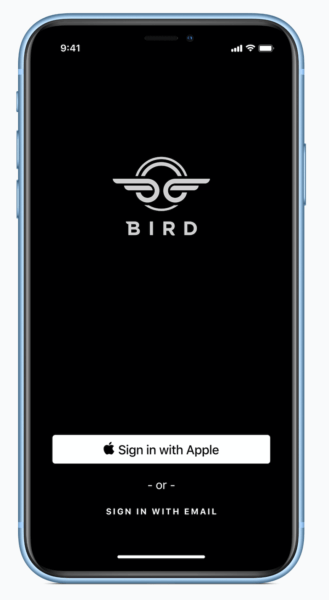 Apple wants to be the ‘privacy OS’ for users increasingly concerned about exploitation of their data.

Apple is doubling down on privacy as a differentiator against Android. (June 05, 2019) at Apple’s WWDC conference the company emphasized privacy and announced two features of iOS 13 that give users more control over their data: “just once” location sharing and sign-in with Apple.

Just once location sharing. Just once sharing joins, “never,” “while using the app” and “always.” Google recently matched these location settings, adding a “while in use” option in the forthcoming Android Q update. Previously it had only given users the option to always share or entirely block location access.

Apple’s new “just once” will users to share location, as the name suggests, only once if desired. If the app wants location again it will need to ask permission again. It’s uncertain how many people will utilize this feature but it enables Apple to lay claim to more privacy controls than Android around location.

Apple is also going to prevent developer use of Wi-Fi, Bluetooth or user IP address to infer user location when explicit permission has not been granted. And users will receive alerts when apps are using location in the background without consent. Apple is effectively shutting down any use of location on the iPhone without user opt-in consent.

Sign in with Apple. Users seeking to avoid creating additional accounts for third-party apps on the iPhone have had the option to sign-in with Google or Facebook. Apple is now adding a “sign-in with Apple” feature, which is intended to protect user privacy.

People will be able to use Apple ID to create and sign in to accounts. Where a name and email address are required Apple will create a “random email address” on behalf of the user. Users will then be able to sign in with Face ID or Touch ID. The created email will apparently forward to users’ iCloud accounts. How this will actually work, remains to be seen.

Other stuff Apple announced at WWDC. The company made a list of other announcements. They include a boatload of other new iOS 13 features, Apple Maps upgrades, Siri voice recognition improvements, macOS Catalina, a new iPadOS, HomeKit, WatchOS and tvOS tweaks and improvements, AirPods software improvements, a new Mac Pro and a new high-end display.

Why we should care. Apple doesn’t make money off ads — except search ads in the app store — so cynics will argue the company can use privacy as a marketing tactic and selling feature of iOS. Google and Facebook are doing their own, more carefully calibrated versions of this as well, both touting new privacy features and controls at their respective developer conferences earlier this year.

It’s not yet clear how material the impact of Apple’s privacy changes will be on marketers. Sign-in with Apple may not have a significant impact (especially if it’s clunky in practice) and just-once location sharing may be used by relatively few people. Paradoxically, however, evidence shows that when users have more control over privacy they tend to be more comfortable sharing personal data like location.