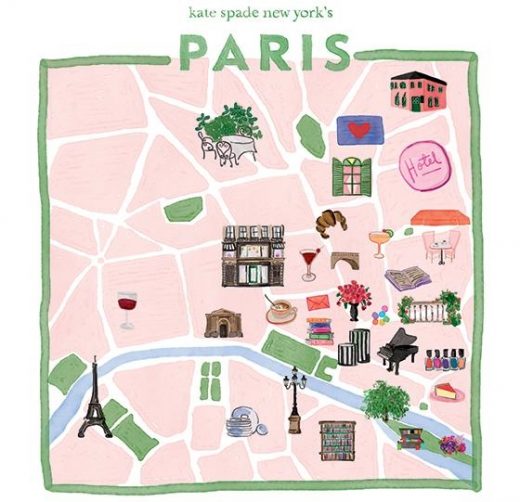 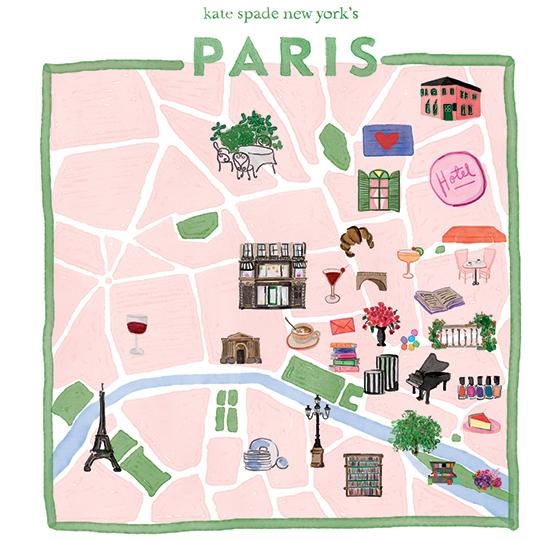 Kate Spade will launch an augmented reality campaign Thursday in Paris to celebrate the opening of its flagship store. The images will appear as an illustration.

Kate Spade brought its fashion clothing line to France about two years ago, but opened the Paris flagship store in June 2017. The fashion brand worked with You & Mr Jones tech companies theAmplify and Zappar to create the experience.

Users of the My Little Paris Tapage app — who number about 650,000 — can visit ten locations through an interactive map. Through the app, consumers see real-world Parisian locations tying in whimsical images that historically made the Kate Spade brand unique, such as pink flamingoes frolicking in the Seine and a New York City yellow cab bustling down a Parisian street.

The campaign uses GPS and maps to help users find location. It also takes advantage of the device’s gyro, accelerometer and compass to display the experiences through the phone’s camera overlaid on the real world with AR.

Julie Hardy, partner at You & Mr Jones, said the app allows consumers to share the images on Instagram and other platforms.

Integration into the My Little Paris Bold and Tapage apps was created with Zappar’s technology, a software development kit embedded into any third-party app for iOS and Android devices. Hasbro, Coca-Cola, PlayStation, Shazam, Wal-Mart’s Asda, and Vodacom have used the SDK.

Consumers are encouraged to snap and share photos using the hashtag #katespadejoy. After visiting the 10 sites, they arrive at the Paris Kate Spade store on Rue Saint-Honoré to receive a unique set of branded pins.