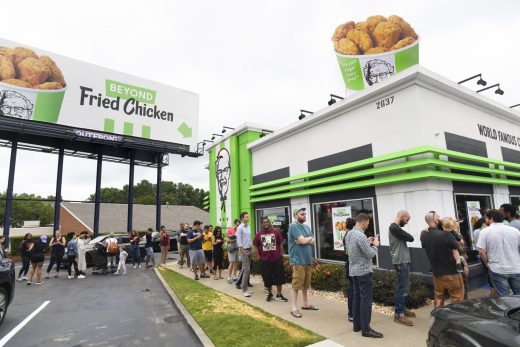 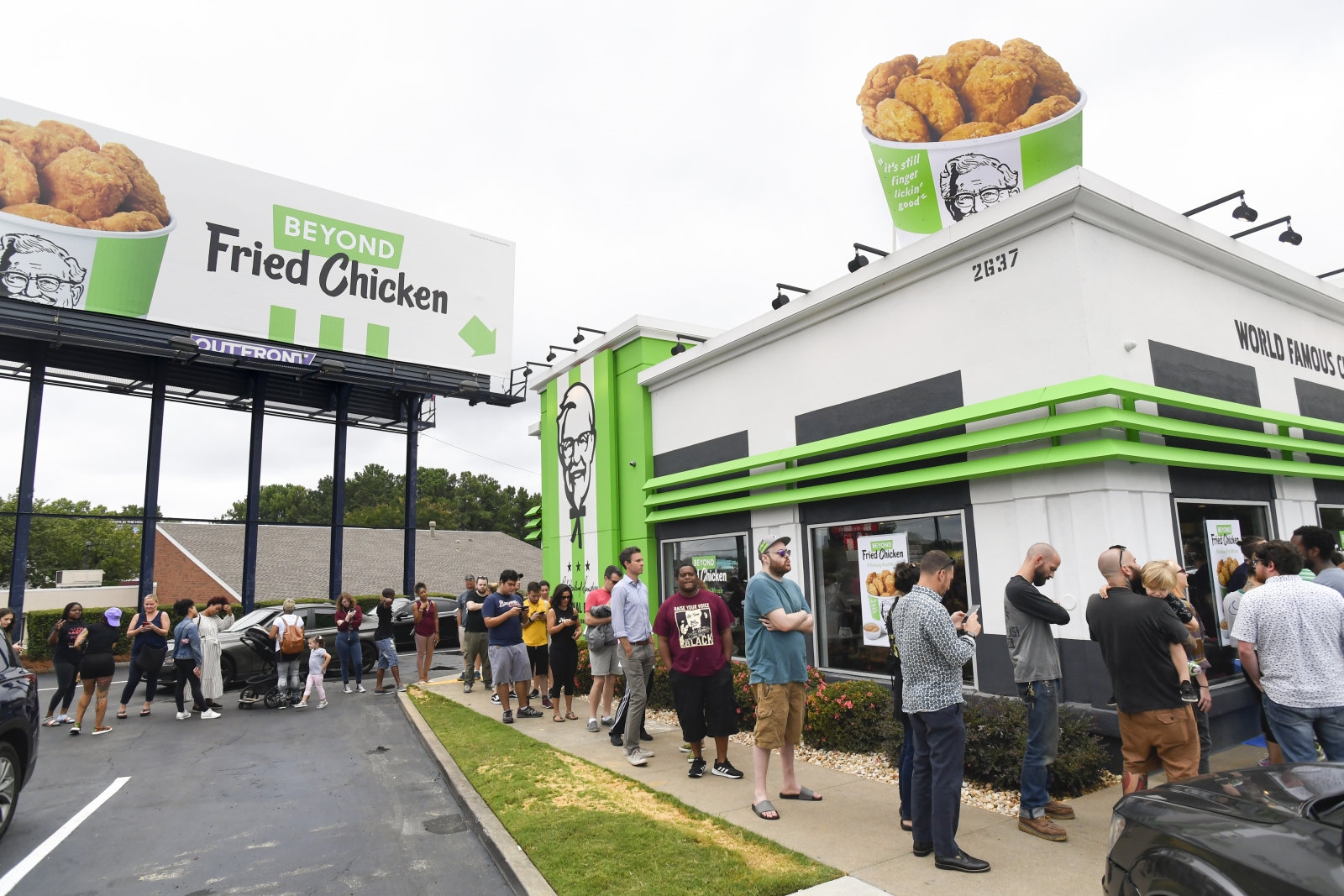 There’s little doubt that plant-based meat substitutes have been popular, but when’s the last time they triggered the kind of frenzies associated with movie aficionados and sneaker hypebeasts? Today, apparently. Beyond Meat and KFC have revealed that their Beyond Fried Chicken test in Atlanta sold out in less than five hours on August 27th, with lines “wrapped around the restaurant” from the moment the store opened. Restaurants only have so much food to go around in general, but this was apparently no mean feat — KFC sold as much of the meatless ‘chicken’ as it typically sells popcorn chicken in a week.

KFC plans to study the results of the test to decide what happens next, which could include a larger test or a full-fledged rollout. Although it didn’t say what criteria would be involved, it’s not necessarily a matter of looking at the lineups — KFC likely wants signs that people liked Beyond Fried Chicken enough to come back, not just that they were willing to give it a try. The rush to track down Popeye’s coveted sandwich might have helped KFC’s chances by putting people in the mood for chicken, even if it’s the simulated kind.

Yes, this is an opportunity for KFC and Beyond to toot their collective horn. If it does lead to an expanded rollout, though, it could represent more evidence that plant-based meat replacements have broad appeal outside of burgers. They’re still far from ubiquitous at this stage, but they could soon be common enough that it’s really just a question of whose meat-free meal you’re eating.