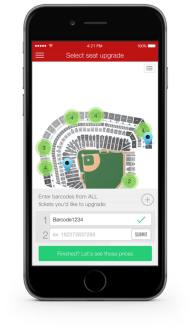 Kicking the fun up a notch at your local smart stadium

Kicking the fun up a notch at your local smart stadium

In an era where sporting games can be beamed into one’s home via tv or internet subscription with curated footage without the need to battle car parking, queues, expensive tickets, unhealthy fast food or poor viewing seats, it’s clear that sports stadiums need to offer something radical to entice fans away from their home comforts. Stadiums around the world are stepping up to the plate to provide  superior services to both fans, players and staff through connected technology.

Here are some examples:

The rise of the Connected Stadium

The “Connected Stadium” is a concept where stadiums facilitate the audience’s ability interact online from within the stadium, and within this to interact with the online community whether via tablet or mobile. To achieve this, stadiums are increasingly committed to providing fast, reliable WiFi to enable fans to engage with their broader social media connections.

Finding a parking space and the right entrance to your seat can be difficult at a new stadium. There’s now a suite of apps, including Just Park, that sell parking spaces and guide you not only to the stadium but your seat.

Fans no longer need to jostle overfilled cups of beer and messy hot dogs between the kiosk and your seat, risking a spill with every step. Many stadiums have rolled out mobile point of service systems to enable fans to buy food, beverages, merchandise and team memberships without even leaving their seat through a combination of mobile and beacon technology.

It not only saves time, but also lowers staffing needs. Along with merchandise, sports stadiums an also make extra money through the up-selling of seats through the use of seat upgrade apps such as Pogoseat which enable fans to move to seats closer to the action during the game for a price which reduces as the game progresses.  Geomapping also helps provide fans with information via mobile app on the nearest bathrooms and the expected wait time.

Cisco’s StadiumVision initiative delivers real-time, live HD video from any source and can include content from in-house feeds and external local and national channels create an exciting, immersive experience for fans throughout the venue. An example is the Sports Authority Field at Mile High in Denver which hosts 1,200 displays. Large video walls offer a lasting impression and support complementary sidebar promotions and ads for the local team, the Broncos. Fans can also access a range of tools such as player profiles, statistical data and fantasy performances of teams on their smart phones, tablets and stadium kiosks.

This has an add-on effect of servicing sponsors, says Brady Kellogg, vice president of corporate partnerships for the Broncos:

“In addition to keeping our fans engaged in all of the action throughout the stadium, we have so much more to offer sponsors. Now we can offer segmentation opportunities for advertisers, sponsors, concessionaires, and merchandising partners. Sponsors can reach a broader range of people through more brand touch points and tailor specific messages to specific levels of fans.”

Getting to know your fans

Smart stadiums can personalize the fan experience through loyalty programs based on their purchase history and through data analytics software that is used to predict future behavior — what they buy and when. Retail franchises can maximize on this information as they are able to communicate with fans from the time of their arrival and during the game, during which they can send targeted ads and personalized messaging.

Goal-line technology  is an integral part of match officiating at smart stadiums and is used in events such as the 2016 Euro Cup. One example is the the Hawk-Eye system that deploys seven cameras per goal, using control software to track the ball within the goal area. Using vision-processing techniques and software, Hawk-Eye indicates whether or not a goal has been scored within one second with a vibration and visual signal on each match official’s watch. This is supplemented by an extra official behind each goal-line.

Smart stadiums can also benefit staff and officials through accurate real time data such as the number of people present and their locations, tools that are useful in case of an emergency or a missing child. Smart surveillance can also be utilized to provide safety evacuation information such as instructions and directions in the case of an emergency and analytics can be coordinated with weather and traffic information outside of the stadium. This means fans can leave happy, with the knowledge of their fastest route home.

Attending a game is not a cheap activity. As more and more stadiums embrace technology and the inevitable costs involved, the challenge will be to mitigate the increased costs: would fans rather be saving money for tickets if it means they are subject to constant marketing — personalized or otherwise?  Time will tell if stadiums are able to balance the competing priorities of fans and marketers.

The post Kicking the fun up a notch at your local smart stadium appeared first on ReadWrite. 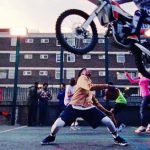 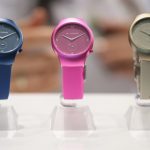 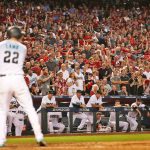 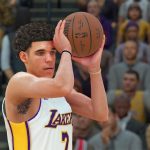 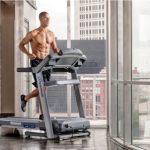 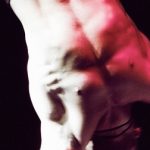 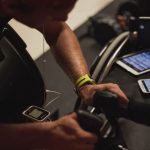 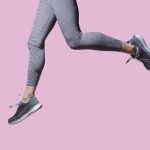 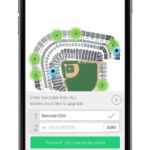 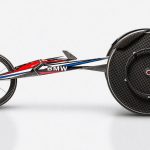