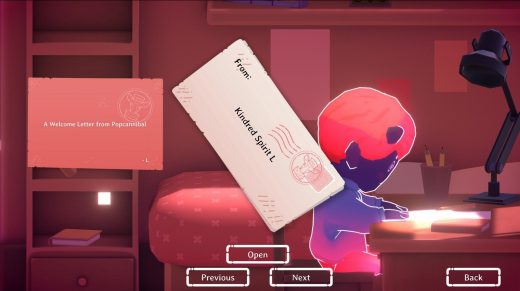 ‘Kind Words’ is the rare social network where everyone is nice 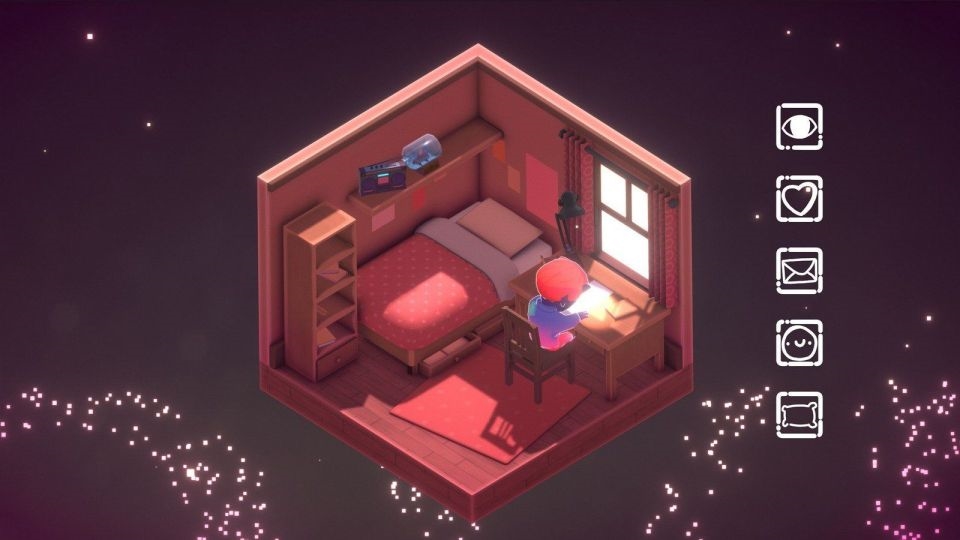 The older I get, the less energy I have for social media. Twitter is too busy, Facebook is too stupid and dating apps are just… ugh. But I still have that need to connect with people in some way, something I can approach at my own pace and not feel any kind of obligation. Last year came Popcannibal’s Kind Words, a non-game game that lets you reach out, but expects nothing from you in return except good vibes.

When I looked at the requests waiting to be answered, I noticed that many of them seemed to come from young people; there were lots of kids worried about exams or complaining about their parents. It made me feel very parental in return, doling out advice about study habits or how to deal with shitty friends. In return, I received supportive missives in regards to me writing about a friend who hurt me, or medical problems I’ve been having. As the developers put it during a panel at this year’s PAX East, it’s a social network where everyone is nice. You can report inappropriate comments, and the staff said the volume of those has actually been very low and easy to manage. I can attest to that anecdotally: The only message I’ve ever had to report was someone who posted, “Epstein didn’t kill himself.” That’s great, edge lord. But off you go to the penalty box.

While this low-key, no-replies approach takes a lot of the pressure off, it also has its drawbacks. What if you got a particularly good response and wanted to continue the conversation? You can’t, as this isn’t a pen pal game. If you want a virtual pen pal, you’re better off with an app like Slowly. Slowly lets you search for people with common interests or from particular countries and then just simply write them a letter.

The app’s name refers to how the program delivers these letters: slowly, as in how long it would take a physical letter to reach that physical address. It really requires you to think about what you write. However, I got a response (April 04, 2020) and now I’m frozen over what to say in response. So much pressure! This is where Kind Words’ one-way approach really has the advantage; you don’t have to feel bad about not writing back, or not writing at all. The game expects nothing from you. 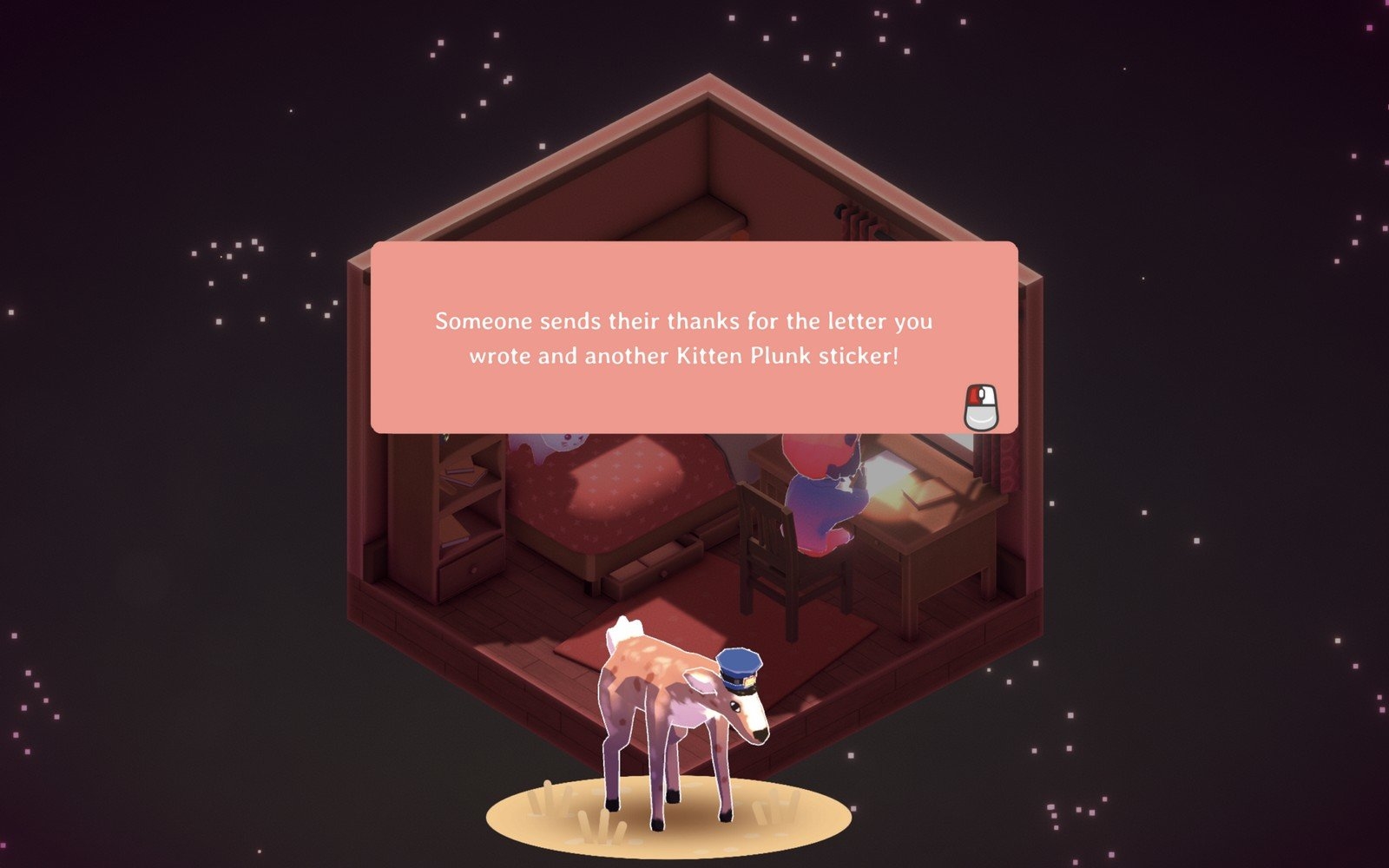 The one thing I wish Kind Words would borrow from Slowly are the stamps; there are so many to collect. It almost mimics real mail. Which I’ve been dabbling in too… well, not exactly dabbling, as I’ve probably spent $200 on postage alone. I joined Postcrossing at the start of the year, and it really has the best features of both Slowly and Kind Words, in that you can send out (real, paper) postcards and get one back, but you’re not asked to engage with people past that.

You’re only obligated to send something if you click “yes, I want to send out a postcard.” You get a randomly assigned address, and once the recipient receives and registers the card with the site, your address is released to someone else who will send you a postcard. It’s entirely at your own pace and you’re not expected to start a conversation with anyone. And you get all the fun of collecting postcards and stamps, if that’s your thing. The biggest drawback is that postcards and stamps (especially international postage) cost money. Meanwhile, Kind Words is only $5, and Slowly is free. 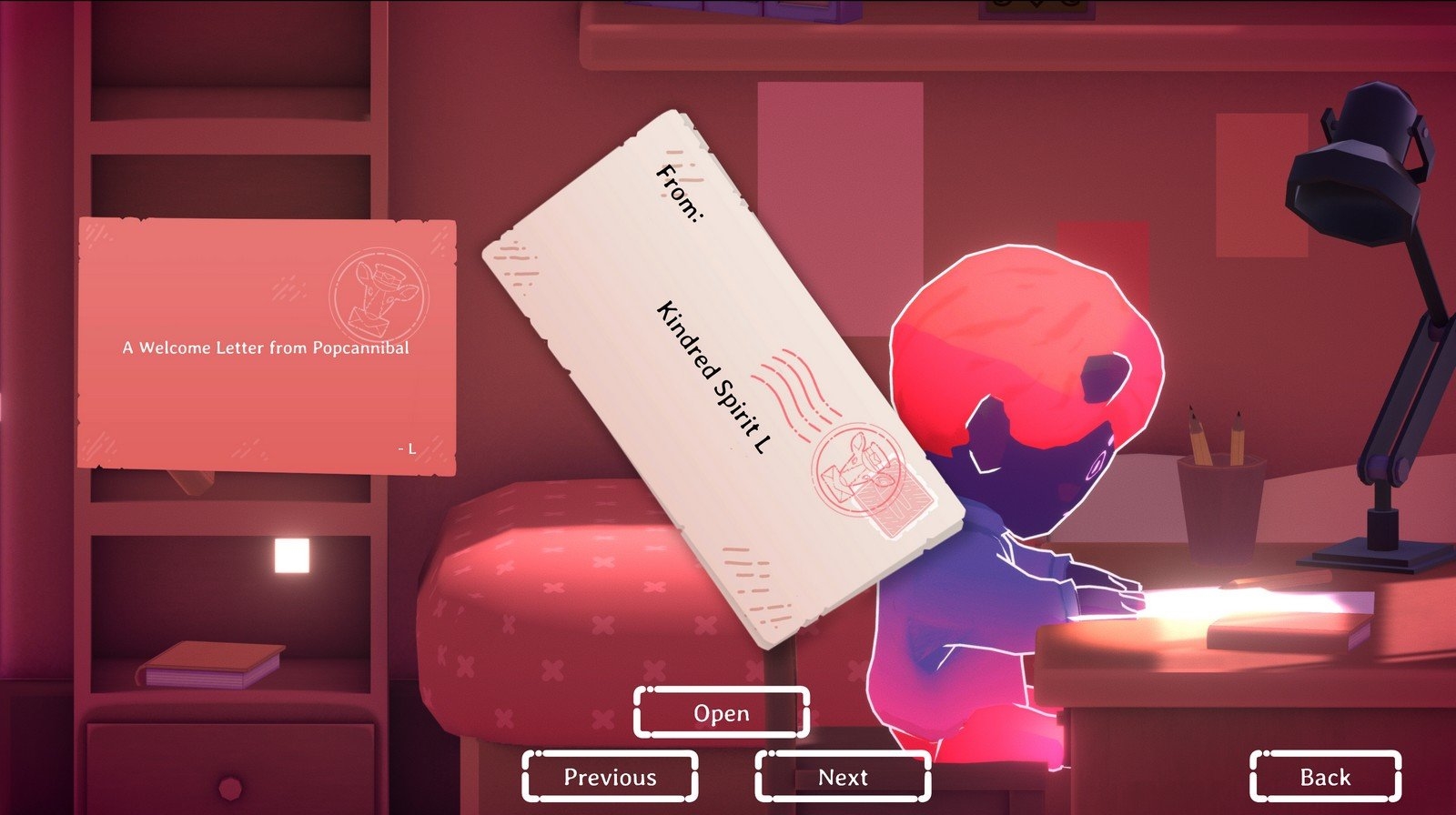 Because Kind Words is cheap and obligation free, I’d encourage anyone who needs a little pick me up to try it. Read a few letters. Listen to the music. Just enjoy being in the space and who knows, you might be inspired to write something.

Kind Words (lo fi chill beats to write to) is the full name of the game, and it’s pretty much “title says it all.” There’s a small, square room with a shelf, bed and a desk. Your little avatar, who looks like a Homestuck extra, sits at the desk and writes while chill-out music plays in the background. You can send out a letter, known as a “request,” and then sit back and wait for responses. Or you can just send out a more general missive to the world, to be delivered via paper airplane — you’ll need to catch these as they fly by on the screen to read them. And finally, you can go through your inbox and answer other people’s requests.

There are no metrics on these letters; the app won’t tell you how many letters you’ve written or responded to. There are no goals to be hit: The only type of gamification that exists in Kind Words are the stickers that are attached to each letter. If you’d like, you can try to collect them all. Each sticker also represents an item that can be placed on your tiny bookshelf, if you’d like. It’s your room to decorate.