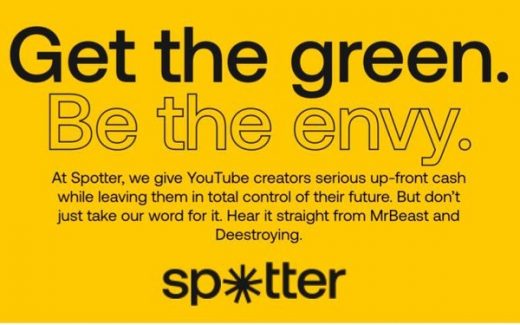 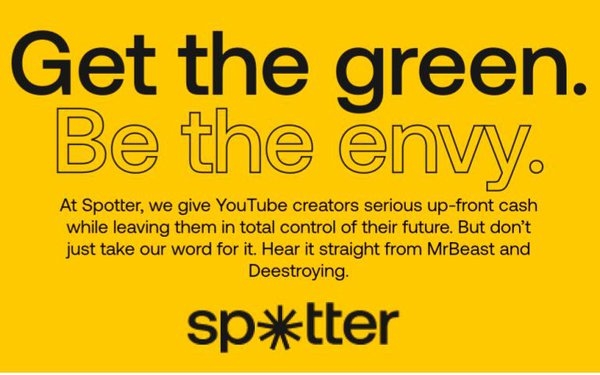 On Wednesday, Los Angeles-based startup Spotter claimed that by mid-2023, it will have invested $1 billion directly in YouTube creators in order to help them grow their brands.

This follows the announcement earlier this week that Spotter has raised $200 million in Series D funding from venture capital firm SoftBank Vision Fund, bringing the four-year-old startup to a valuation of $1.7 billion.

In addition to focusing on creators’ back catalogs, Spotter says the new funding will allow the company to help creators film and publish new video content through tools that optimize production recommendations and publishing practices.

Spotter says it has already licensed hundreds of thousands of YouTube videos, which have generated over 40 billion watch-time minutes monthly.

Spotter’s business model is inspired by David Bowie, who became the first musician to raise capital by investing in his back catalog. Spotter intends to use its hundreds of millions of dollars in funding to pay YouTube creators cash up front in exchange for the ad revenue they earn on past videos.

MrBeast says his partnership with Spotter helped him finance his own Spanish-language channel, adding 375 videos and increasing his viewership by over 300%.

Spotter says it will have invested $ 1 billion directly in YouTube creators by mid-2023 to help them grow their brands. Earlier this week, the startup announced it has raised $ 200 million in funding, bringing it to a valuation of $ 1.7 billion.
MediaPost.com: Search & Performance Marketing Daily