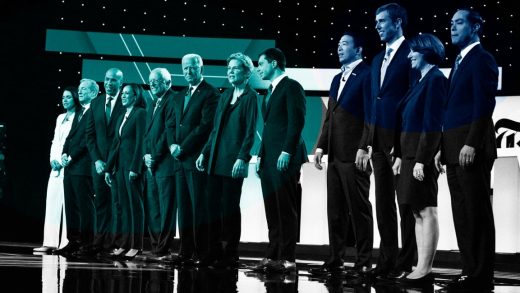 Laughing to keep from crying: 9 funny memes from the fourth Democratic debate

Sometimes, you have to laugh to keep from crying. (See: most of the last three years.)

Every now and then, the fuel for that laughter comes from the very politicians who are fighting against, or responsible for, what we’re crying about. Either these politicians are cracking jokes, which rarely ends well, or everybody else is cracking jokes at their expense. One of the more optimum opportunities for the latter is a presidential debate. These things always end up turning into Political Joke Thunderdome on Twitter, and last night was no exception.

Here are the best memes Fast Company noticed emerging from the fourth Democratic debate of this election, which saw a crowded stage of 12 candidates duke it out for viral supremacy.

Who is Tom Steyer?

Considering that at this point most people would prefer the Democratic field be winnowed down rather than inflated, a lot of viewers were unenthused about seeing a new face on stage. (And Keke Palmer recently gave them a perfect way to express as much.)

Never heard of Tom Steyer in my life. Sorry to this man.

Me looking at Tom Steyer not even knowing who he is and that he was part of the debate. #DemocraticDebate pic.twitter.com/gYZ1y4IAXq

“Who the hell is this?” – All of America when Tom Steyer started talking

When there’s suddenly a new debate participant and we’re just supposed to act like they were there all along pic.twitter.com/eQzoWSM0r2

A lot of people ended up challenging Elizabeth Warren during last night’s debate (you better believe we’ll be seeing more in just a moment), but only one of them has an angry grandpa vibe in general and a history of pointing fingers in people’s faces.

I DRIVE A DODGE STRATUS https://t.co/qCAGaimdru

And with references to the MRA reaction to Star Wars: The Last Jedi . . .

And of course with esoteric Simpsons references.

“And I wore an onion on my belt, which was the style at the time” https://t.co/3urPHGhOUH

“Will you join me, Elizabeth?”

Kamala Harris and Tulsi Gabbard took turns trying to recruit Elizabeth Warren to a pair of positions they’d stated—deleting Trump’s Twitter account and calling for an “end to these regime change wars in Syria,” respectively, to no avail. People online had fun with these requests and with Warren’s utterly unfazed response.

WHEN will elizabeth warren join me in demanding that Under The Dome get renewed for another season — @ewarren what are you afraid of??

Everyone wants Liz Warren specifically to join them in some random venture!!!! We should make an app.

“Liz Warren, will you join me in supporting the public stoning of couples in restaurants that have to sit on the same side of the table?” #DemDebate

#DemDebate Tulsi Gabbard: I hope Elizabeth Warren will join me.

Tulsi Gabbard is NOT a Russian asset

Of course, Tulsi Gabbard using the phrase “regime-change war” to describe the genocide in Syria struck some people as echoing Vladimir Putin’s language about what is currently happening in the region. This turn of phrase would have likely incited some blowback anyway, but it ironically came just moments after Gabbard, unprompted, declared that she is not, in fact, a Russian asset.

“CNN said I was a Russian asset. That’s ridiculous. Anyway, to solve the problem in the Middle East I would do exactly what Putin wants.” -Tulsi Gabbard. #DemDebate

*when Tulsi Gabbard mentions people are calling her a Russian asset then proceeds to do absolutely nothing but reinforce the fact that she’s a fuckin Russian asset* #DemDebate pic.twitter.com/osbovF6JIG

Actual propaganda that Tulsi is parroting, in between denying she’s not a Russian asset. https://t.co/gjZPXGT99S

Tulsi: I am not a Russian asset
Erryone else: pic.twitter.com/KQkfSi9caD

Beto is Cousin Greg from ‘Succession’

Maybe it was the fact that the Succession finale aired just two nights earlier. Maybe it was Beto O’Rourke’s apparent height advantage at certain moments during the debate. For whatever reason, a lot of people made the connection between the candidate and Nicholas Braun’s eternally put-upon beanpole from the show.

Because my brain is completely broken, I am getting some strong Cousin Greg vibes off of Beto tonight

I’m getting this weird vibe like Beto and Cousin Greg might be members of the same family.

Klobuchar’s “Is this thing on?” moment

Amy Klobuchar dropped a number of zingers that didn’t exactly kill in the way that Warren’s Equality Town Hall joke did last week, and they were received accordingly online as well.

You better believe I added a laugh track to Amy Klobuchar’s joke pic.twitter.com/LM6xCiYrJl

Me whenever Klobuchar tries to make a joke #DemocraticDebate pic.twitter.com/MjKKiF0DNq

Straining so hard trying to turn Klobuchar’s bad jokes into a Joker thing I give myself Joe Biden brain.

Because Joe Biden can’t seem to talk without saying at least one thing that makes his aides reach for Prilosec, at one point during the debate, the word “expodentially” was born.

I have never opened twitter faster than when Biden said expodentially

this is expodentially my favorite debate by far

When sparring broke out between Pete Buttigieg and Beto O’Rourke, a lot of onlookers realized they had some trouble telling the difference between these two similarly second-tier candidates.

Pete telling Beto he doesn’t have enough of a plan. #DemDebate pic.twitter.com/wtWCCV6TI1

Each time Beto and Pete turn in full profile to debate about a point they both agree on, it is the praxis version of Spiderman Pointing At Spiderman Dot Gif.

Beto vs Mayor Pete is like watching an anime fight scene between two background characters. #DemDebate

The unlikely friend most likely

Ever since the Democratic debates began, viewers have been begging for more questions on substantive issues like climate change. So it was rather typical when the CNN/New York Times debate ended with a question about . . . last week’s Ellen DeGeneres mishegas. Moderator Anderson Cooper asked all the candidates who their most “unlikely friend” might be, and a lot of viewers—including whoever does Sam Bee’s social media—were clamoring for one pairing in particular.

CNN Anchor: Tell us about an unlikely friend you have.

I feel let down that @JoeBiden ‘a unlikely friend wasn’t Corn Pop. pic.twitter.com/Nst7mOrlXN

CNN: who is your most unlikely friend? 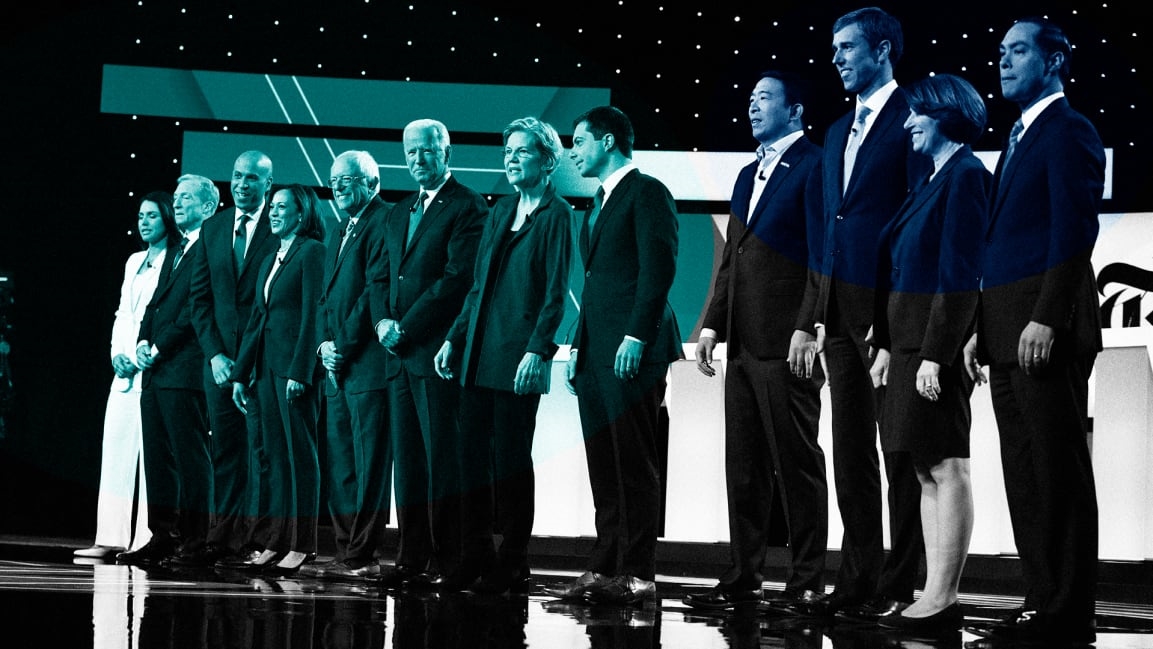