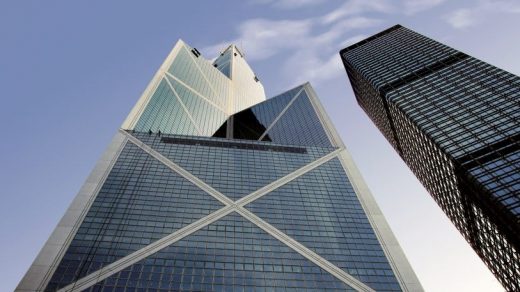 Learning from late architect I. M. Pei: “Architecture is not fashion”

Few of us will live a full century. But the architect I. M. Pei, who died this week at 102, endured long enough to see the cycles of fashion in his profession evolve away from his modern ethos and then come back to it–multiple times.

Not that he seemed bothered by it, either way. For Pei, architecture had nothing in common with fashion or style. “How can you judge a work today, let’s say a work by one of these modern architects you know about, that’s exciting and wonderful?” he once said in a film about Louis Kahn. “What will happen to it 20, 50 years later? That’s the measure.”

This made him unlike many of his peers and also unlike many of today’s branding-minded architects. Pei was an architect willing to learn, evolve, and experiment–a quality that kept him designing and traveling well into his 80s.

Pei was born in 1917 in China and came to the United States for architecture school, graduating from MIT and then attending Harvard to study with Walter Gropius, the Bauhaus founder who had immigrated to Boston to chair Harvard’s architecture program in 1938 after the Nazis had shuttered the ambitious project.

Pei’s ascent into the upper echelons of modernism began with his work with developer William Zeckendorf and continued as he founded his own partnership with Henry Cobb, I. M. Pei & Associates, in 1960. In 1964, he was invited to discuss the possibility of designing John F. Kennedy’s presidential library.

It was “Pure luck,” Pei remembered in a talk in 2004. “I, on invitation, came to join Mies [van der Rohe], Philip [Johnson], Lou Kahn, and then also, I think, [Oscar] Niemeyer from Brazil, and a few others.” In other words, the leading architects of the century–including a young Pei, who was only in his mid-40s. The commission wasn’t just a stroke of luck, though: Jackie Kennedy was impressed with Pei and his work, along with his youth, saying, “He was so full of promise, like Jack; they were born a month apart in 1917.”

The commission accelerated the firm’s rise, and over the next decade, Pei would build some of the most notable buildings in the world, establishing a reputation for elegant geometric purity that was also, somehow, “warm,” as many critics and fans have described it over the past 50 years.

There was the Johnson Museum of Art at Cornell, both formal and concrete and yet light, as well as his design for the East Building of the National Gallery, in Washington, D.C., a lovely and stark addition to the classical original that Pei constructed out of the same white limestone in 1968. His addition to the Louvre is his most famous work–both for the way Pei’s design of a glass pyramid was brutally criticized before its completion and the way it’s become a beloved element of the building in the time since. He would go on to reshape cities like Boston and Dallas alike, building refined civic structures that were sometimes celebrated as light-filled triumphs and other times, pilloried as cold.

But unlike many of the best-known works of the mid-century, even Pei’s buildings that were initially met with criticism have become essential and celebrated parts of American cities, as Mark Lamster points out in his remembrance today. Chalk it up to the patience that many attributed to him, but also his sheer interest in each unique commission and site.

One famous anecdote illustrates that curiosity perfectly. When Pei was in his 70s, the founder of Atlantic Records, Ahmet Ertegun, asked him to design a new museum of rock and roll in Cleveland. Pei, a fan of classical music and jazz, decided to educate himself, as he recalled in 2004:

It was very difficult. [Laughter] I can’t say I don’t like rock-and-roll. I like the beat. But I had to be taught.

When Ahmet Urtigan came to me for this one, I said, Ahmet, you came to the wrong person, you should talk to my children, it’s their generation. “Oh, no, no, we want you. We have too many people who claim that they know all about rock-and-roll. But you claim you don’t know anything about rock-and-roll, so you’re just the right person.” [Laughter] “Let us educate you.” So, therefore, we took a trip together. There were six of us, I think, including my wife, three couples. We went down to Memphis…

Yes, Graceland. It’s a horrible place. [Laughter] Have you ever been there? I saw his Cadillac parked there. And those elephant chairs, I’ve never seen huge chairs with real elephant feet. But that did not dim my interest in rock-and-roll. [Laughter] It made me want to learn more…

Then we went down to New Orleans to study jazz. I like jazz. So all of a sudden I find myself into it. Anyway, that trip took about altogether a week, maybe ten days. It was an education. I cannot say that I was completely educated when I started the design, but at least I did not design this building with no knowledge at all, rather with some knowledge.

His design for the museum was completed in 1995, when Pei was 78. He would continue working after he officially retired, completing buildings well into his late 80s.

The longevity of his career mirrors, in some ways, the long view he took on how his buildings would age. “You have to be very good, both at the beginning and also last,” he said. “It’s not fashion, architecture is not fashion.” 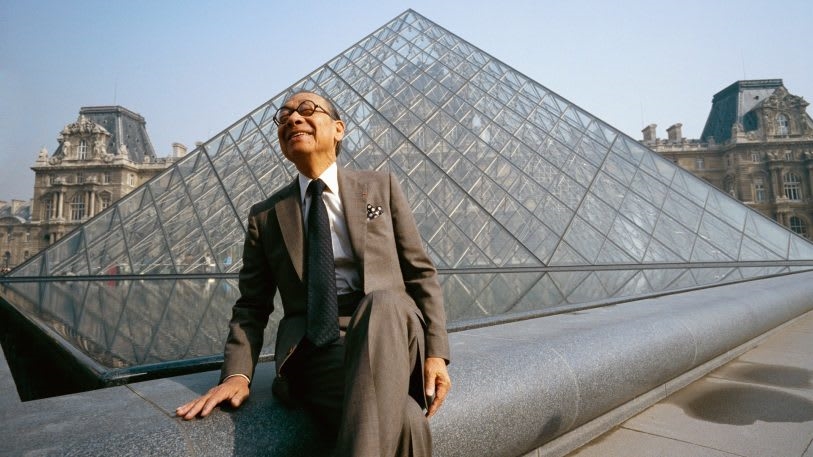 I. M. Pei at the Louvre. [Photo: Bernard Bisson/Getty Images] 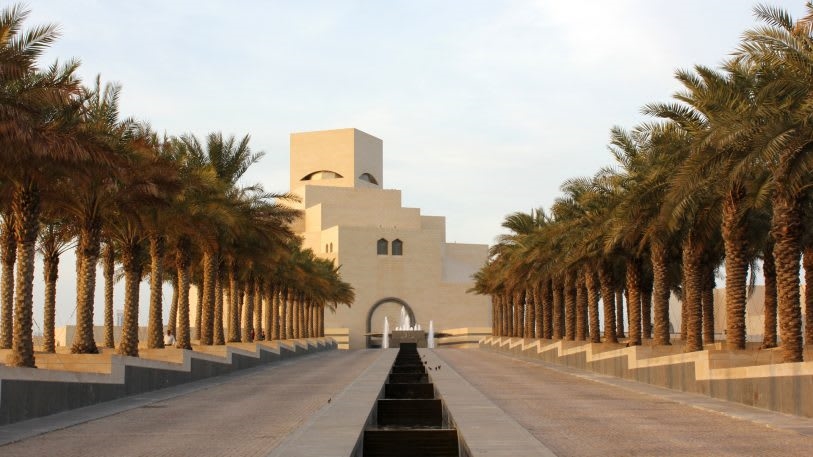 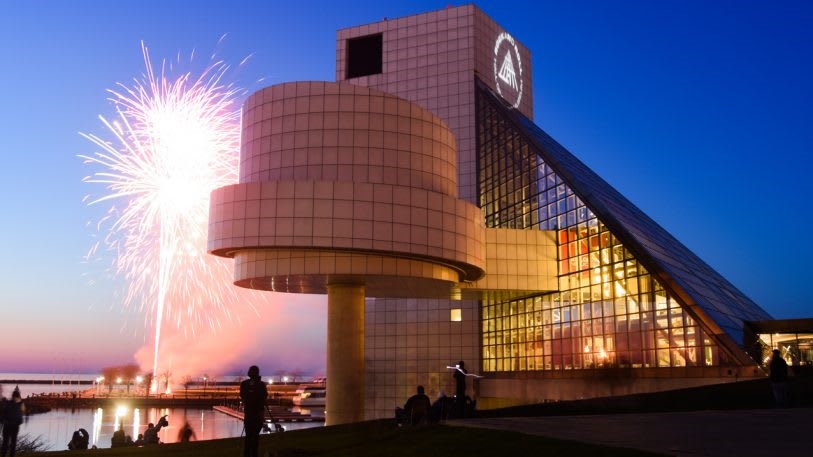 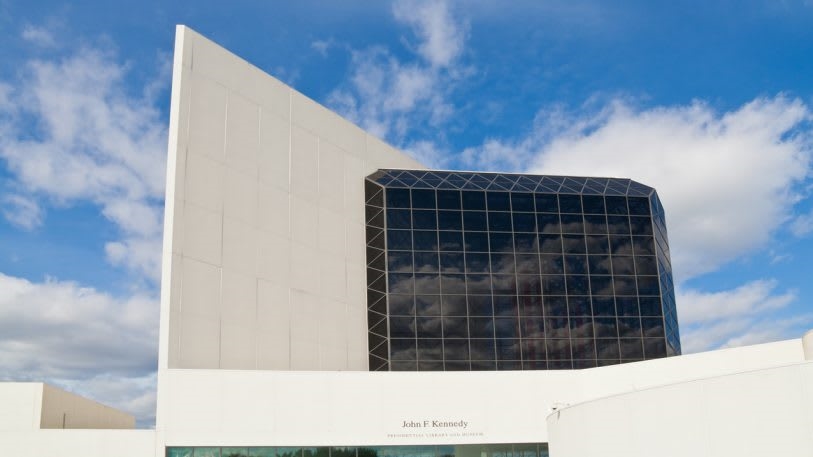 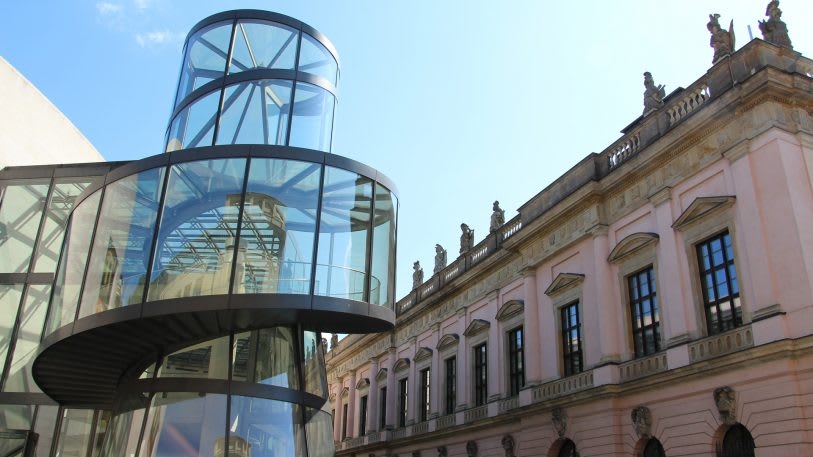 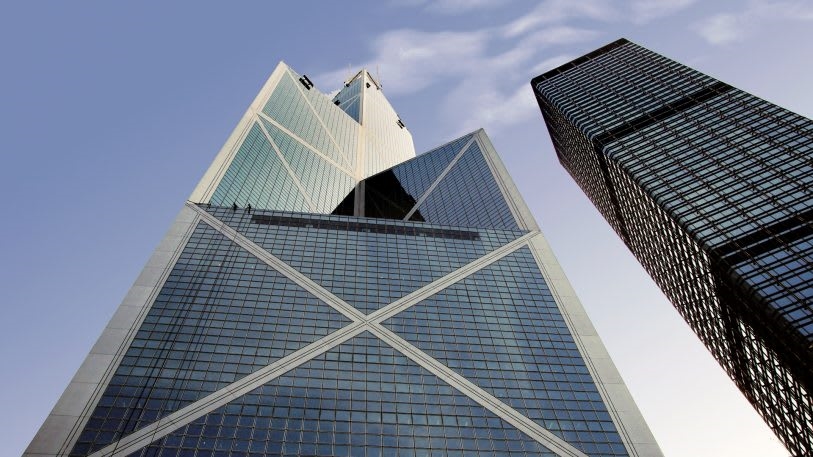