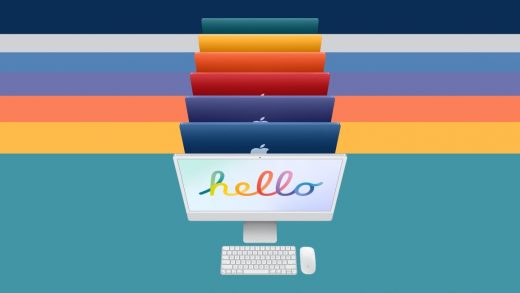 It’s easy to forget that before Jony Ive remade Apple’s aesthetic in cool aluminum during the mid-aughts, the company’s design comeback actually started in 1998, with the plastic iMac G3, which featured a friendly handle on top. At first, it was released in “Bondi Blue.” Then sales rose by 24% when the company offered the iMac in more colors. Now, for the first time in roughly 20 years, Apple is bringing color back to its iMacs.

The new line is available for order in teal, blue, purple, yellow, orange, and red. What hits you off the bat is, not only are these machines colorful, they are saturated. The finishes on the back are rich, like the paint on a flashy sports car. On the front, the colors are toned-down pastels to go easier on your eyes at work (and likely to match what Apple has been doing with iPhones a bit more closely). Alongside the iMacs, Apple is launching a matching Magic Mouse and Magic Keyboard, too.

In some ways, it was inevitable that Apple would bring back color to its iMacs. The company injected color into its iPhones in a big way last year, plus, trends always run in cycles. But it also makes sense that Apple made this decision now, because what we consider “good design” in electronics is a moving target. All sorts of trends are coalescing to challenge cold, metal electronics. And even Apple, the godfather of cold, metal electronics, has to acknowledge that.

Color is in, which is reason enough

As Laurie Pressman, VP of the Pantone Color Institute, explained to us two years ago, color is in. She pointed to the influence of social media platforms such as Instagram, with blindingly bright colors, as both causing and demonstrating this consumer preference. “If you’re just using grays and beiges, you’re just going to meld into the background and get lost,” she said at the time. And as Pressman said, rather presciently, color can feel both optimistic and calming during a time of global upheaval. COVID-19 has only exacerbated the unease she identified two years ago, at the height of the Trump administration. Nobody gets a spiritual uplift from more gray.

This is how Apple is maximalist

Another trend afoot is maximalism, which we’ve seen in interior design for years now. Maximalism, in a nutshell, is the polar opposite of Apple’s minimalist aesthetic. It’s about big, bold shapes and even clashing patterns for the sake of overt expression, rather than pared-back forms that are meant to blend in and not offend you.

But how can Apple, maker of minimal products, embrace maximalism? A key avenue is simply through the color of these devices. Keep the iMac’s form intact, but paint it with so much color that you cannot take your eyes off it. Presto—you have your maximal iMac.

When I first saw Apple’s new purple keyboard, my brain went to an unlikely place: Logitech. Logitech’s gaming line, which launched last year, imagines keyboards and headsets in all sorts of colors, including lilac.

Apple might not be known as a gaming company, but it cares about the video-game industry. Games are the primary revenue driver from the App Store, representing over 70% of all sales. From the Apple Arcade subscription service to the fact that the company is allowing Microsoft’s xCloud service for gaming on iOS this week, Apple is and will continue to be a major destination for gamers.

Now, I personally don’t love the aesthetics of video-gaming equipment. The glowing headsets, rainbow LED keyboards, and inexplicable race-car-style chairs (which, incidentally, are all right in line with maximalist trends) are just not my thing. But I recognize they are an aesthetic that resonates with a lot of people—especially people who live their lives watching Twitch streams. Gaming peripherals are poised to be a $7.1 billion market by 2026.

Colorful iMacs and keyboards allow Apple to dip its toe into the overt aesthetics beloved by gamers without selling its soul. (Though let’s be honest with ourselves, a rainbow-glowing iMac would probably sell out in minutes.)

It might be hard to sell your office manager or IT team on a fire-engine-red computer. But it’s much easier to sell yourself on the idea. And that’s all that might matter for the foreseeable future.

During the pandemic, we’ve seen a big transition as people began working from home and furnishing their homes with new desks, room dividers, videoconferencing equipment, and all sorts of other office items. Last July, “desk” was reportedly the second-most-searched product on Amazon after “face mask.” But nobody wants to actually live at their office, and so we need new designs that make work things feel less like we’re at work. Colorful iMacs are a way to be expressive—heck, downright joyful—with your computer selection. As for the specific colors Apple chose, you can see some precedent in home decor. Just check out the approach taken by Hay, which pairs rich colors with pastels in a similar way.

While I’m sure I’ll still find some excuse to frown the day away in front of an iMac that glows like the sun, it will have nothing to do with the computer’s paint job. The new iMac line imagines that working from home could feel fun again. 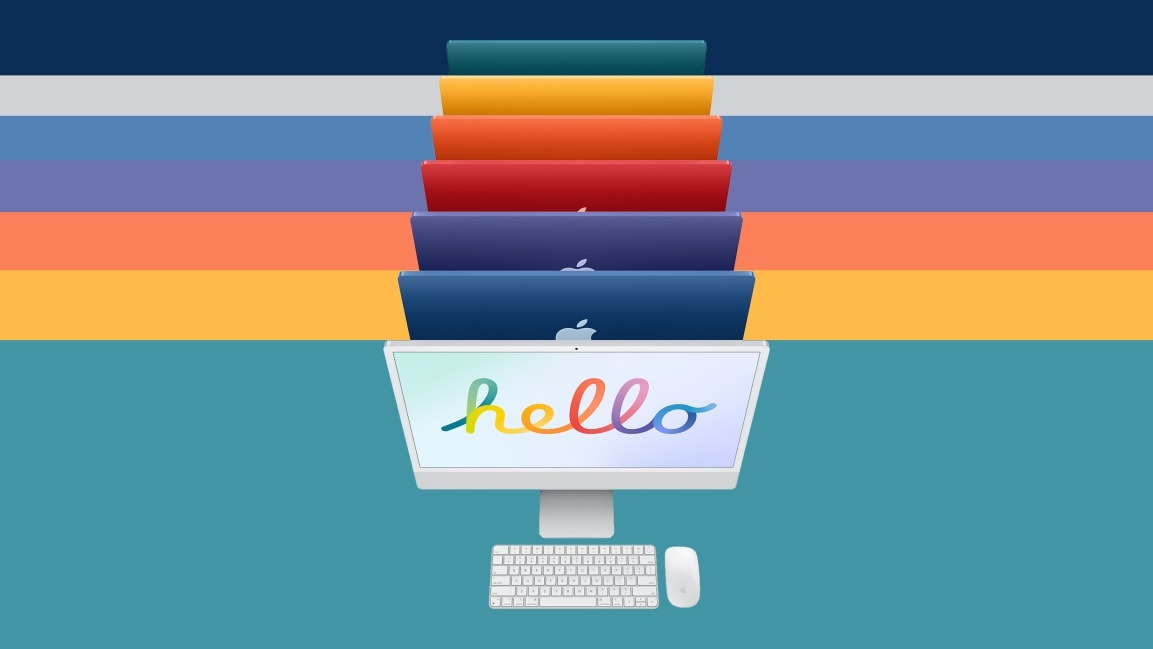