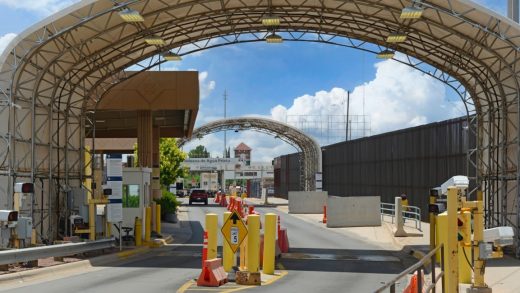 Low-carbon materials are getting a huge boost in this federal $3.4 billion building plan

The U.S. government is about to go on a building spree. Along the northern and southern borders, a recently announced multibillion-dollar plan will modernize and expand 26 border crossings around the country, from Texas to California to Alaska to Maine. The projects, ostensibly aimed at easing the movement of goods and travelers, will also offer another, even more important, benefit. By requiring new sustainable building materials on these major construction projects, the government is seeding the growth of a set of novel materials that could greatly reduce the construction industry’s substantial environmental impact.

In a press call Thursday, Biden administration officials laid out the vision for these projects, which will be funded with $3.4 billion from the Bipartisan Infrastructure Law enacted last year. The plan targets 26 land ports of entry, the border crossings used by 200,000 passenger vehicles and commercial trucks every day. Much of the work will involve adding capacity in the form of additional travel lanes or new facilities built specifically for commercial traffic.

“The average age of the land ports that we’re going to be working on is 40 years old,” said Robin Carnahan, administrator of the U.S. General Services Administration. “Despite the fact that trade has grown tremendously over the last years, about 8% a year, what that means of course is longer wait times at these borders.”

GSA, which controls procurement for the federal government to the tune of $75 billion per year, plans to  set ambitious new standards for the materials used to construct these projects, potentially including requiring low embodied carbon concrete and asphalt with recycled concrete for roads. Products used in these projects may also be required to have environmental product declarations, which lay out the carbon emissions associated with their production and use.

“All of this building will be informed by resilience and climate and making sure that we use materials that are sustainable, but also make sure that we build these things to withstand whatever climate challenges we have coming our way, whether it’s in the north or the south,” said White House infrastructure coordinator Mitch Landrieu, who served as mayor of New Orleans in the aftermath of Hurricane Katrina in 2015.

Projects range from remote outposts to heavily trafficked commercial corridors. One is a new $200 million commercial port of entry in Douglas, Arizona, meant to redirect truck traffic from an existing border entry point that brings traffic directly into the center of the city. To the north, $187 million will be spent to upgrade the border crossing in remote Alcan, Alaska, bordering the Canadian Yukon territory—a facility that’s now more than 50 years old.

The border-crossing projects are part of a broader effort launched by the Biden administration to encourage the use of low-carbon building materials in federal projects. The White House recently announced the establishment of a Buy Clean Task Force to promote more use of lower-carbon materials in the projects funded by the $1 trillion infrastructure bill.

“The president wants to use the power of the purse to incentivize good choices,” Landrieu said.

It’s also a way to spur the production of these materials. Though the cost of the border-crossing projects represents just a fraction of the massive infrastructure plan, with the GSA overseeing the spending of billions in projects each year, the federal government can be a major customer for companies producing novel materials. Carnahan said the priority will be sourcing from domestic companies as a way to increase that production.

“We think this is a really unusual opportunity to be able to highlight those kind of American companies that are being innovative, and particularly when they’re things that are helping the environment at the same time,” she said. “A lot of this stuff in my mind is at least a triple win, where we’re creating good jobs, we are helping our border security, and we’re helping the environment.”

The border projects may be just the start. Carnahan said these projects are seen as proving grounds for the new low-carbon materials, and could lead to their adoption in even more major federal construction projects.

“The technologies have changed so dramatically in the last 10 or 15 years,” she said. “This is an opportunity to really drive domestic industry in a new direction by using the purchasing power of the government.” 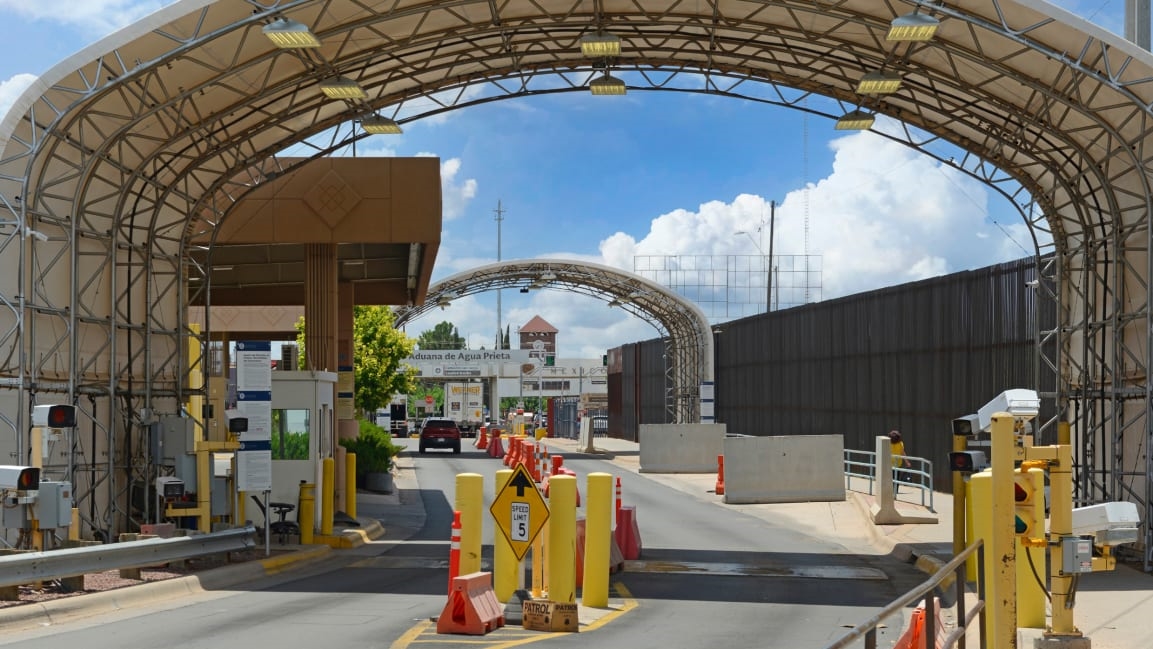