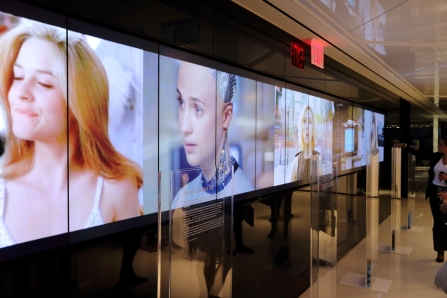 Lyft, IBM, & Others Discuss the Convergence of AI and Marketing

What do artificial intelligence, machine learning, and other innovations have in store for the future of marketing?

That was a key question addressed by a panel that included the chief marketing officers from Lyft, IBM Watson, and CVS Health. They gathered last week in New York at 1 World Trade Center to discuss changes consumers may see thanks to brands embracing AI, augmented reality, and tracking. Marketing is making more and more use of these emerging technologies—to better anticipate what customers want. But the rise of this trend raises questions about transparency and maintaining control of personal information.

Kira Wampler (pictured above), CMO of Lyft, Norman de Greve, CMO of CVS Health, Stephen Gold, CMO of IBM Watson, and John Marshall, chief strategy and client officer of Lippincott, a brand and design consultancy, tackled these topics in a discussion moderated by Maya Draisin, head of marketing for Wired Media Group. As seen during other recent discussions about the growth of AI, there was a fair amount of reassurance that people are not being replaced.

With every advance in automated technology, such as self-driving cars, the populace faces the choice of handing more control over to machines. That may be a scary or helpful prospect, with far-reaching consequences. Wampler said a major discussion that should take place is what this all means for the future of work and what the world will look like. “My daughter is ten and my son is eight; what should they be learning in school? No one is having that kind of conversation,” she said.

Data, Gold said, is fundamentally becoming a resource, and analytics and data modeling have evolved to the cusp of a new era of cognitive computing. He called it more augmented than artificial intelligence, where experiences can be personalized thanks to computers being able to understand people as individuals. “We have an opportunity before us to apply data and technology in much more meaningful ways to take on some pretty significant challenges,” he said.

There are technologies emerging that track and score every moment and aspect of people’s lives, said Marshall. “They’re coming. Monitors are going to know where we are at any point in time,” he said. “That trend feeds all the other trends. That’s where the data comes from. When you walk through the world, you create this massive cloud of data around you.”

That can also change what a brand means, Marshall said, by letting consumers know anything and everything about a product, thus creating a new form of transparency. The possibilities for solving problems, from health to education, by handing data over to machines are astronomically larger than what we can comprehend today, he said. “That just opens up solutions that are exponentially higher.”

This creates a bit of a conundrum for marketers as consumers gain the upper hand through information, where they can review and decide about brands for themselves. Gold said this means brands will have to take on greater context in the eyes of the public than a trademark or signature color. Nowadays, he said, opinions and choices about brands can be influenced by peers, community, and crowdsourced activity—in essence, humanity.

Combining a sense of humanity with the power of ratings and data in marketing, Wampler said, has been important for Lyft. “The concept of ratings helps us treat people better,” she said. If a passenger gives a very low rating, she said, Lyft’s customer service staff will reach out.

Encouraging a connection between drivers and passengers, she said, has been central to the brand’s theme. “In every market we take share, it’s because our brand has the higher affinity with passengers and drivers,” Wampler said. For instance, she asserted that eight of ten drivers who use the Lyft platform as well as “the other brand”—meaning Uber—prefer Lyft. “The number one reason is because of how they are treated,” she said, “by passengers and the company.”

Gold said the use of AI and other technology that can augment life, from the steam shovel to the Hubble telescope, is not such an alien notion. “The idea of augmentation and what we do with machines is something we’ve been working on for the better part of a century,” he said. “Cognitive augmentation is no different.”

Humans are not being displaced, Gold said, but rather machines can help people exceed their personal limitations. “We’re in an era of man and machine coming together in a very new way,” he said. If someone were to be a passenger with Lyft, they might want the driver to know them—not just their past routes and transactions but as an individual, including their current emotional state. “I’m expecting, as a consumer, a much more personal interaction,” he said. “All of it leads to being a better brand.” 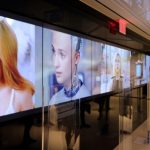 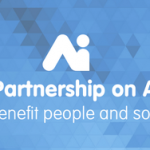 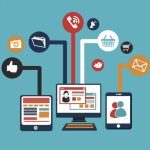 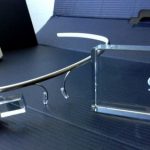 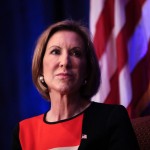 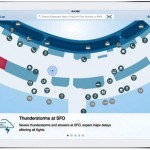