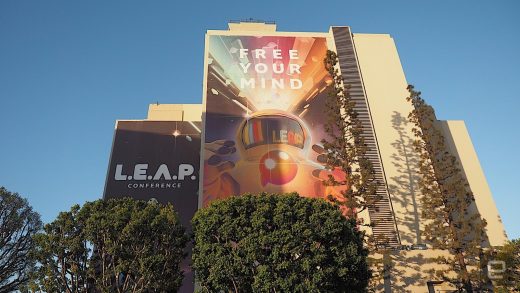 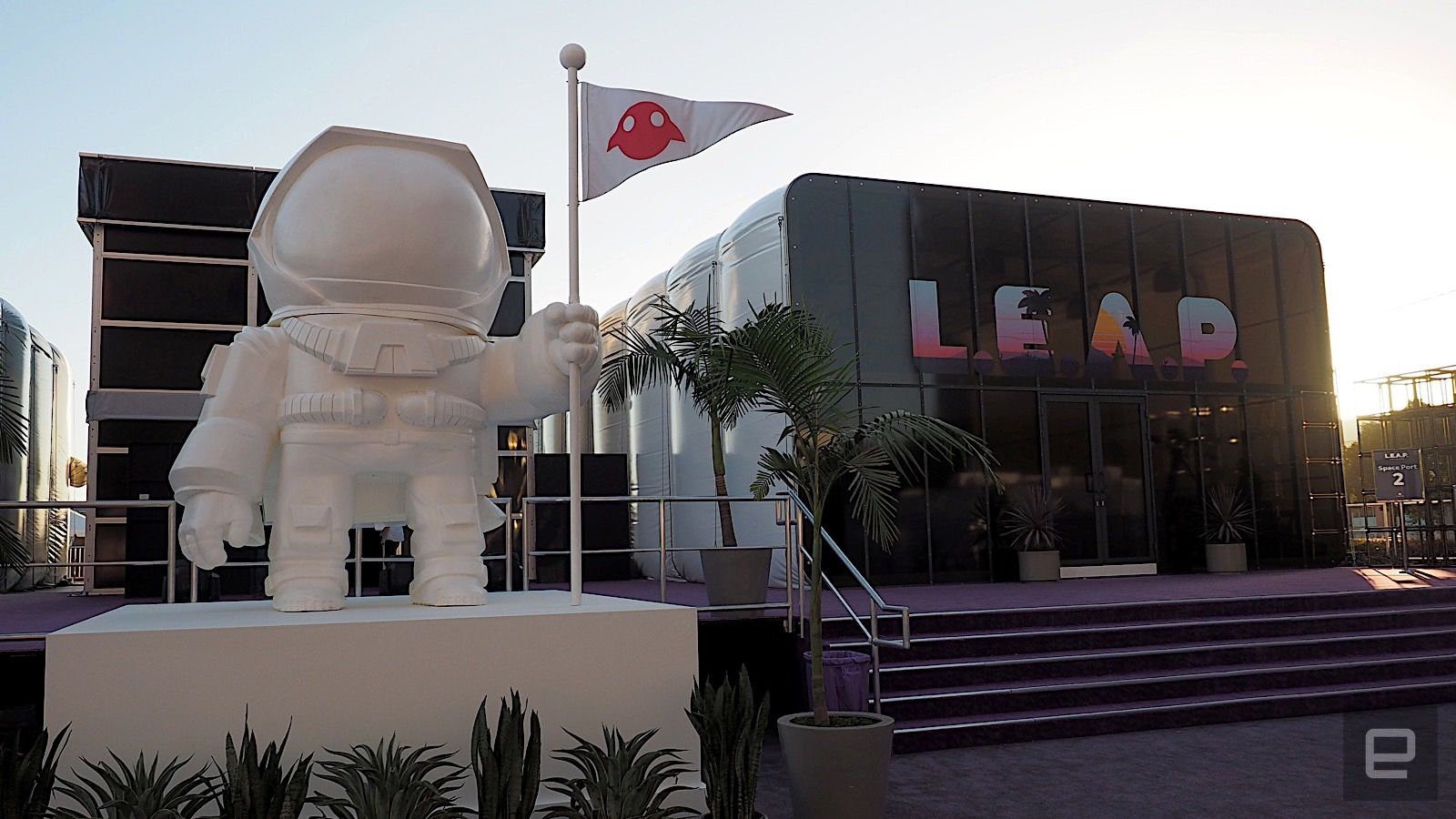 If I had to summarize my reaction to LeapCon, Magic Leap’s inaugural developer conference, it’s one of surprise. Not because of the various software demos, though some of them were pretty exciting. I was surprised by the sheer enthusiasm I felt in the air, from what appeared to be over a thousand developers, for a product that isn’t even widely available yet. Nearly everyone I spoke to was starry-eyed and brimming over with hope and idealism, almost overly so. It seemed, ironically, just a tad out of step with reality.

Of course, it’s understandable for a gathering of early adopters to be this excited. “The possibilities are almost endless,” said Nicholas Loomis, a marketing lead for Exokit, a VR/AR web browser for mixed reality experiences. He told me that he’s been spending a lot of time with the creator community at LeapCon, and feels inspired that he’s at the start of a new era of computing. “It touches every industry,” he said. “It’ll be Internet 2.0. Instead of VR, where you’re going into a world, this brings the virtual world out.”

“It’s an overlay on top of reality, and allows us to optimize our lives,” he said. “We’re moving towards humans as computational devices.” 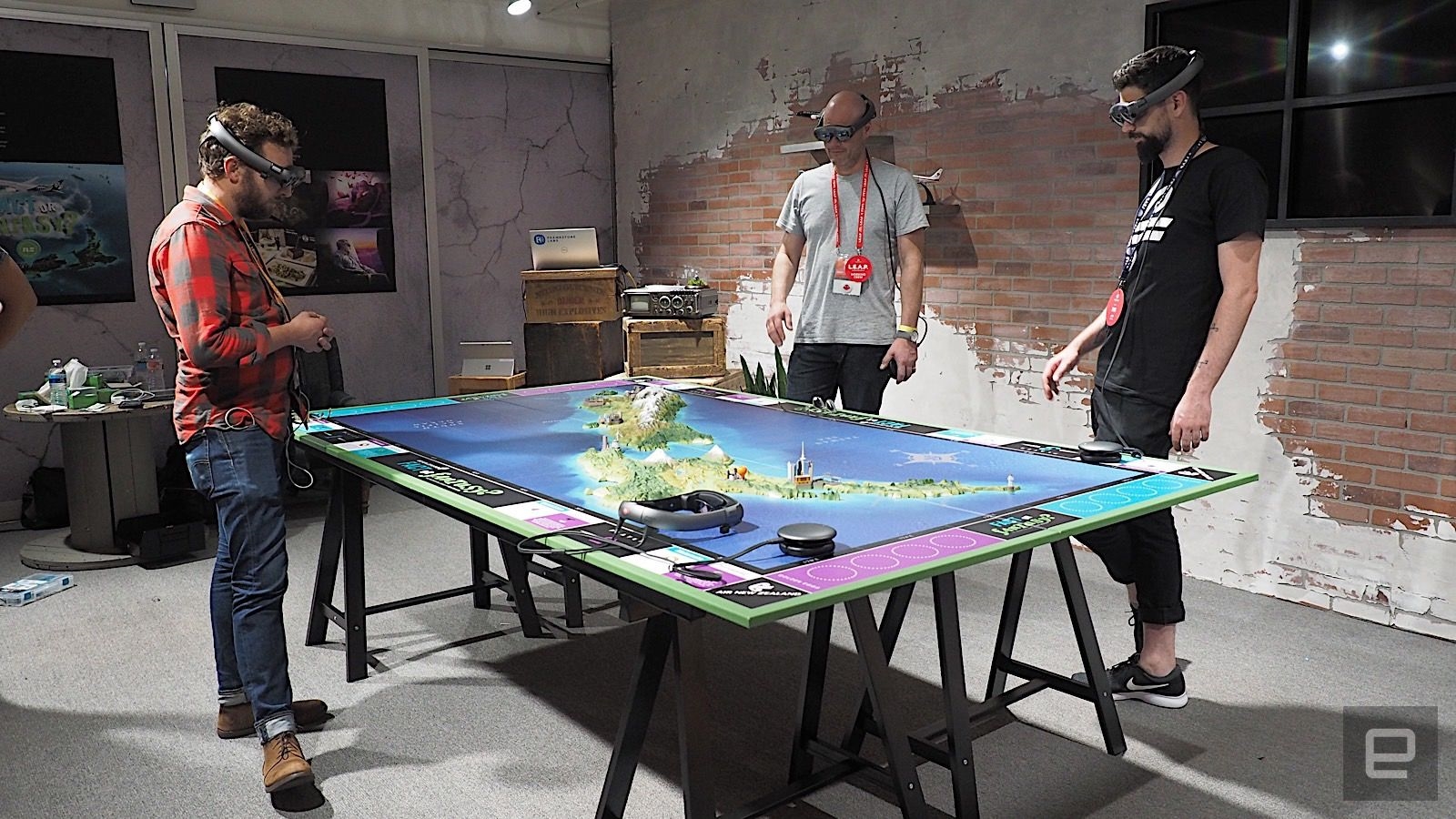 The designers I spoke to were excited about creating in a new medium. “As a designer, I’m used to designing for screens,” said Robin Hunicke, the CEO and co-founder of Funomena, a VR/AR game studio in San Francisco. “When I develop a 3D image and project it to a 2D screen, I’m really good at that and I’m used to doing it.” But VR and AR are different beasts. AR in particular means losing control, because you have no idea what a person’s living room is going to look like. “I have to sort of influence you to move your body physically, in order to create a certain feeling in you. I can pace the way you move and experience things.”

Omar Khan, Magic Leap’s Chief Product Officer, tells me that the response to LeapCon has been overwhelming. The company received more demo submissions than it could possibly fit in the conference venue. “This is LeapCon,” he said. “This is just the beginning. There are so many more experiences — not just demos, but full applications, coming.”

Khan was part of a lengthy three-hour keynote, where the company made several announcements: the nationwide availability of the headset starting this October, the collaboration with key developers such as ILMxLAB and Weta Workshop and that there could soon be support for two controllers. While the keynote was long, there weren’t any live demos of the headset on stage, which is unusual, especially for an inaugural developer conference. Even if Magic Leap is aware that the headset is better experienced in-person than in a live demo, there must’ve been a way to show what it could do on stage. 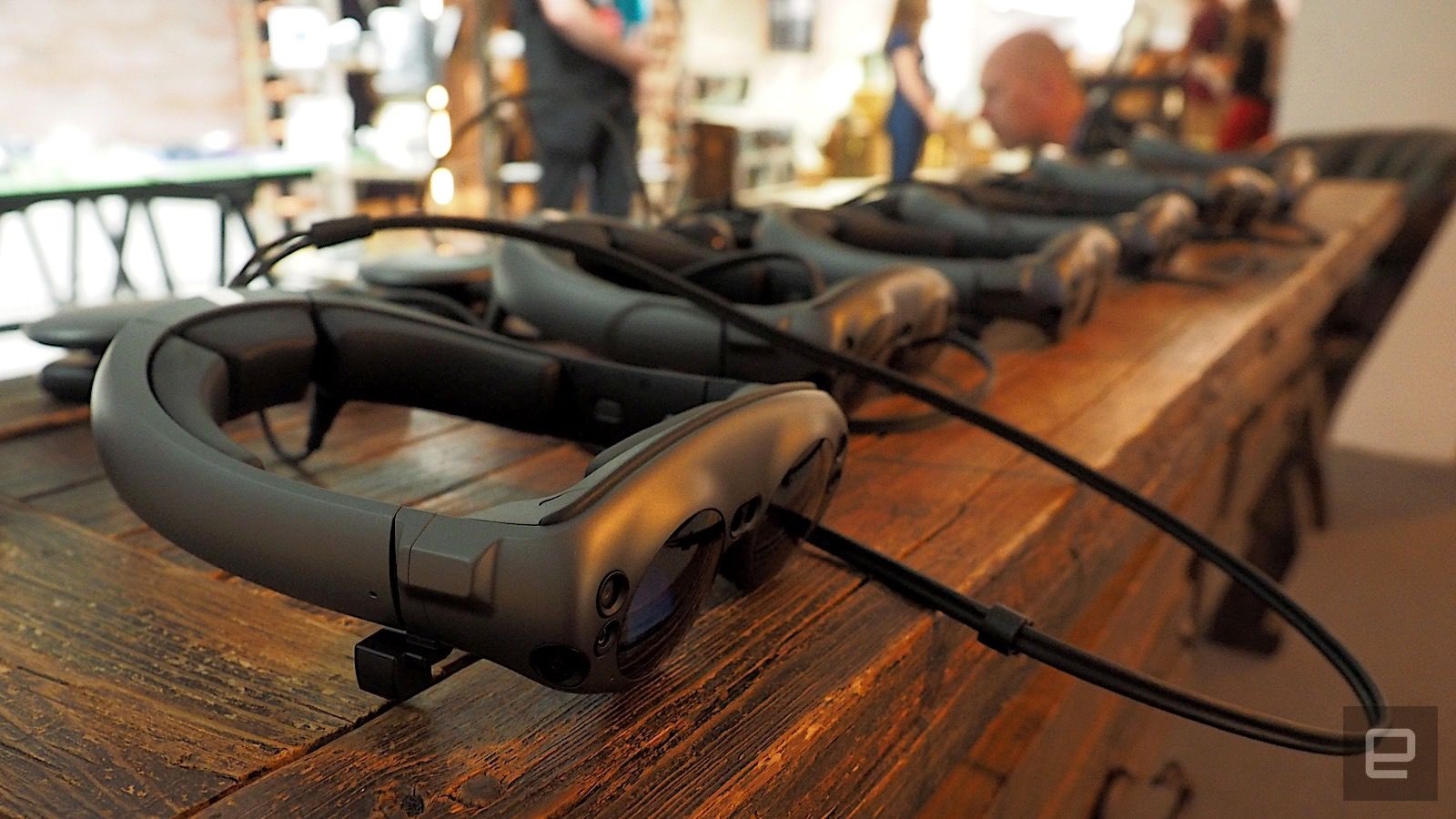 It appears that Magic Leap’s focus with LeapCon is software over hardware. Given the platform is desperately in need of content, that’s not a bad place to start. When I asked Khan what kind of applications would be good for Magic Leap and spatial computing, he simply said, well, everything.

“If you think about it, everything in the world is spatial. When we design, we design with our hands. When we talk, we talk with each other,” he said. Still, he added that the best applications for something like spatial computing is to make us more present with each other. “Digital tools like our phones have brought us closer together, but they’ve also taken us out of being present. One of the attributes of spatial computing, is that we’re aware of each other. My face is not in my phone.”

“Communications and collaborations will be some of the early applications, because they’re naturally spatial,” Khan continued. Wacom, for example, unveiled a partnership where you could collaborate on a design with a real Wacom pen, drawing over a virtual space. Magic Leap also introduced Avatar Chat, a multi-user chat room application where you hang out with your friends and family via friendly cartoon-like avatars. The idea is similar to Facebook’s Spaces, but Khan said this would be set in the real world, making it feel more “present” and life-like.

Another potentially useful application is a CGI character called Mica, created by the Magic Leap team as a proof-of-concept for what personal assistants could look like in augmented reality. Unlike other virtual characters, she could actually return your gaze, squint at you, making you feel like you were being listened to.

Karen Harris, a managing director of innovative tech for Intu, a shopping center franchise in the UK, thought that the same idea would make a great personal shopping assistant in malls. “Imagine if she could know your likes and dislikes based on a Facebook profile, and pick out the perfect gift for you,” said Harris. “It’s the future of shopping.”

Yet, even Magic Leap seems to be aware that a fresh new medium like augmented reality needs to be approached with caution. At the aforementioned keynote, Hunicke said that it’s important that creators ask themselves what their biases are and how that can influence their creations. 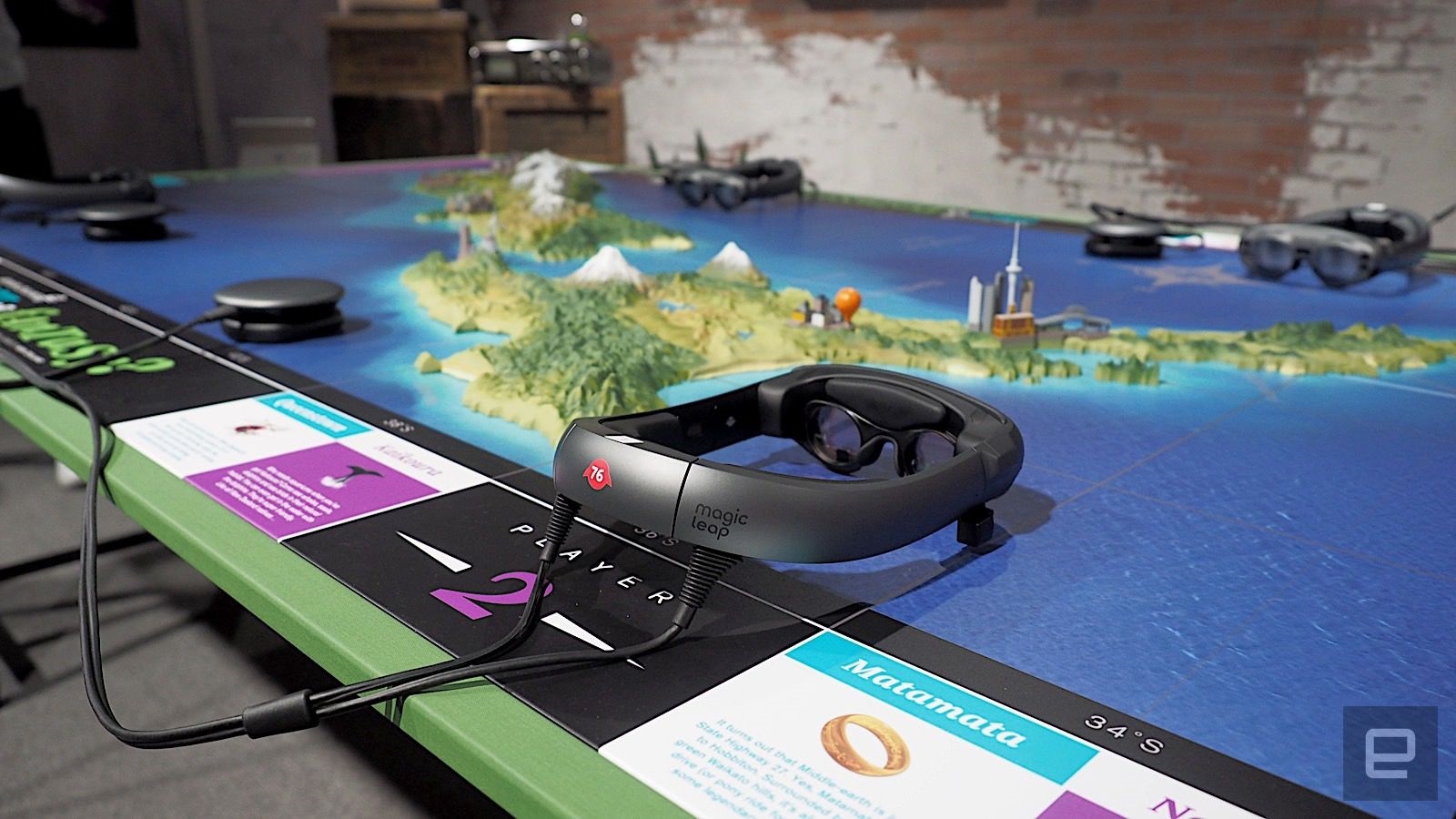 “When you look at Magic Leap and see its potential to really transform reality, to be a new dimension to reality, it’s very important to think about what you’re trying to say to the audience,” she told Engadget. “How you see the world is going to affect how you frame the world for them. For this first class of Leapers, it’s important to ask ourselves those questions now.” For example, she said, when film was first invented, it didn’t capture dark skin tones very well, which reflected the bias at the time. Now, with something like Magic Leap that can literally act as a filter to your real world, she said that it’s important to think about inclusion and diversity of perspectives at the very start.

“This could be a unifying force,” she said. “It could help us learn to see each other more clearly. And that could be a really exciting opportunity.”

Even as developers and designers tell me that the possibilities for the applications are endless, I still can’t help but focus on the here and now. At the moment, the headset really isn’t ready for the public. The field-of-view, while wider and taller than that of Microsoft’s Hololens, is still limited — when playing Angry Birds or Star Wars’ Porgs, I still had to move my head up, down, left and right to get a full scope of my environment. The Lightpack, which houses the headset’s computer, has to be carried separately in the pocket or a strap, which I found a little cumbersome. All of this might be OK for developers and early adopters, but I don’t think it’s very consumer-friendly. A healthy skepticism seems more appropriate. 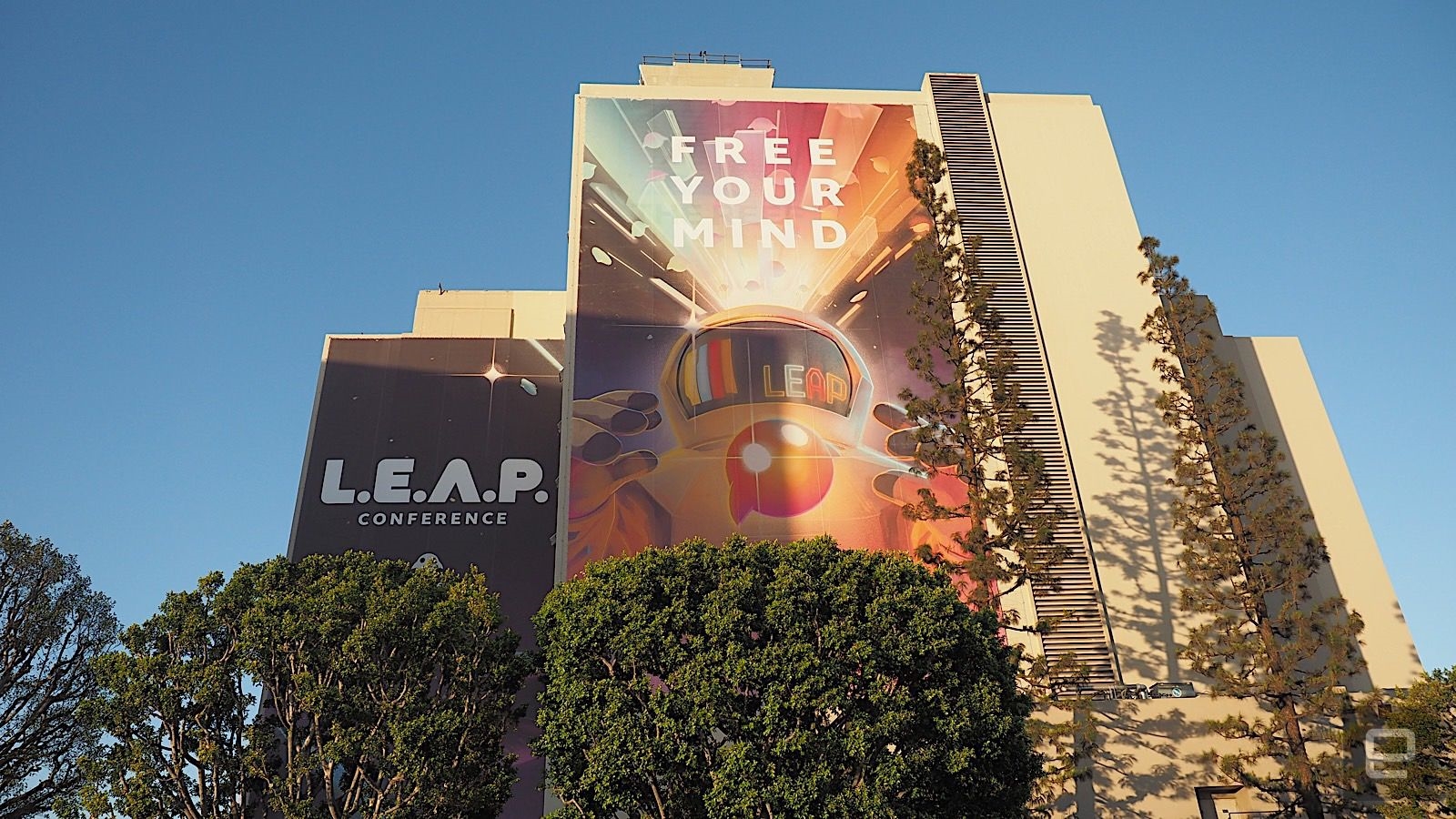 I fully respect and understand the excitement that developers have around creating content for such a new medium. But after seeing the rise and fall of Google’s Glass, I’m wary that consumers might not have the same enthusiasm. Intu’s Harris shares the same concern. “They need to get this headset into people’s hands,” she said. “This can’t just be a device for the in-crowd. They need to get the public in on this.”

Khan from Magic Leap clearly thinks, that consumers are already there. “Consumers already expect this,” he said, adding that the public has seen similar ideas from movies like Minority Report or Ready Player One. “Hollywood and science fiction have already showed consumers what is possible. We’ve seen this in books and film. We’re already educated.”

“There’s an appetite for it,” he said. “Now we’re just trying to close the gap.”