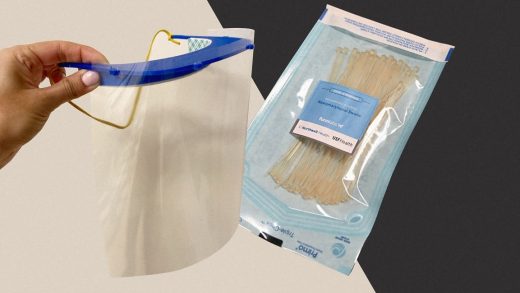 When Madiha Choksi, a research and learning technologies librarian at Columbia University, received a call for help from a doctor last week, she didn’t hesitate. Part of her job entails managing the school library’s 3D printing program, so she often gets requests from researchers and faculty members to print out different prototypes. On March 19, Peirre Elias, a Columbia University cardiology fellow, had an urgent ask: With the severe absence of PPE at hospitals, would she be able to 3D-print face shields?

Face shields offer an extra layer of protection for health workers, with space to wear a protective N95 mask underneath, and unlike masks, don’t need to go through quite the same rigorous testing or meet the same safety standards to be of immediate use, and can be easily cleaned for repeated wear. Choksi got that request at 8 p.m. and immediately went to work looking at crowdsourced blueprints online. The next morning, she reached out to Columbia’s provost to ask for access to the library even though the campus was shuttered, and by the end of the day was able to bring two of the school’s 3D printers back to her apartment.

By Saturday, she printed off five prototypes of the shields—the part that needs to be 3D printed is like a visor that fits on your forehead, holding in place an acetate sheet—and passed them off to Elias for approval. By Monday, she went to Newark to connect with Tangible Creative, a 3D printing manufacturer with about 75 machines. A week later, she has set up an assembly line at the 92nd Street Y to put these face shields together—her team of volunteers assembled 400 March 26, and received another 600 3D printed headpieces that evening—to sanitize them, and to send them off to hospitals across the city.

Choksi says that though, of course, it’s frustrating that these hospitals don’t have the supplies they need and that we as a country are not prepared for the influx of COVID-19 hospitalizations, she’s seeing the power of community support. “We’re doing this at the grassroots level,” she says. “At this point, it’s just like, whatever we can do, let’s do it.”

As production lines are interrupted and healthcare facilities are experiencing massive product shortages, makers are stepping up to fill manufacturing gaps during the coronavirus pandemic, and Choksi and her team are just one example. Armed with 3D printers, small manufacturers are creating face shields and COVID-19 test swabs by the thousands, delivering much-needed resources on demand.

Nevaris A.C., cofounder and CEO of Tangible Creative, says he and cofounder Eugene Chang have pivoted their business to be almost 100% focused on the printing of these face shields. Within the past week, Tangible Creative went from printing 60 on the first day to up to 500 in a day, after they were able to automate the production. “At first it was very exciting and cool to use 3D printing in this innovative and important way, but it changed pretty quickly to be daunting, when we realized the demand is pretty great,” he admits. “This is the first time since I’ve been in this business that I’m like, ‘I don’t have nearly enough printers.’”

To meet this tremendous need, Tangible Creative is working on organizing a coalition of makers. Right now it’s between them, the Columbia Library volunteers, and MakerBot, a company that makes 3D printers. “What we’re trying to do is get to a point where we can churn out 10,000 a week, if possible,” A.C. says. That capacity may be a few weeks away, but the need is here now. Alex Gil, a digital scholarship librarian at Columbia who has become the communications and delivery arm of this effort, says they’ve gotten an overwhelming response as physicians and nurses ask for their own batches. “It really does feel like a war effort,” A.C. says. “I’ve never been a part of anything like it. Everyone knows it’s important, and people are stepping up.”

Those involved have pulled in others from their networks to help, though the social distancing necessary to curb the pandemic means it’s much more challenging than a typical grassroots effort. An NYU film student volunteered to be a driver, A.C. says, and is shuttling boxes of the 3D printed headpieces from Newark to Manhattan, with as little direct contact as possible. At the 92nd Street Y, several medical students who Elias reached out to through a listserv have formed Choksi’s assembly line, standing far apart in the space as they cut foam tape, attach the tape onto the 3D printed visor, tie a string or secure elastic (they’re alternating between the two depending on what’s in stock) to the visor, secure on the acetate shield (they’re able to procure sheets of acetate to cut commercially), spray the shields with cleaner, and box them up.

The 3D-printed face shield components are easy to start producing quickly because the files can be publicly shared, and they don’t have to undergo meticulous testing to ensure they’re up to par. But 3D printers are working on filling the manufacturing gap for other medical equipment, too. FormLabs, which is based in Somerville, Massachusetts, and has shipped more than 60,000 3D printers worldwide, has also created face shields and is now producing 3D printed nasal swabs for COVID-19 test kits.

More than 100 hospitals within the U.S. and overseas already have FormLabs 3D printers in place, so radiologists, surgeons, and biomedical engineers already have experience using these machines, says Gaurav Manchanda, the company’s healthcare director. About two weeks ago, he says, these clinicians started contacting FormLabs asking for help producing new parts that are in short supply.

“There’s been a lot of conversation and good intentions going into figuring out ways to 3D print masks and respirators. I want to highlight that there have not been any clinically proven solutions there,” he says. “We’re focusing all of our efforts on parts that our clinical partners can test and validate within their health systems very quickly.” After undergoing that validation, FormLabs is now using its more than 250 in-house printers to 3D print 100,000 COVID-19 test swabs a day. Those swabs are being used across the country at health providers including Northwell Health, New York’s largest hospital system, Tampa General Hospital, and University of South Florida Health to help ramp up testing.  The company is in the process of developing and testing other 3D printables like tube splitters for ventilators, which could allow multiple patients to be hooked up to one machine, and respiratory mask adaptors, though these need to undergo lab testing and critical intense protocols before they can be distributed.

Across the country, small and large 3D manufacturers are trying to figure out how they can be a Band-Aid for the flailing medical supply chain. HP Inc. is mobilizing its 3D printing teams to produce hands-free door openers, mask adjuster clips to alleviate ear pain during long periods of wear, and face shields, and hopes to soon begin testing face masks and ventilator valves. Markforged, a Boston-based 3D printing company, is in active clinical trials for 3D printed COVID-19 testing nasal swabs. Ultimaker, which manufactures 3D printers, recently announced a global network of 3D printing hubs available to hospitals so they can design, test, and 3D print tools and parts quickly.

The consensus among these makers is that it’s frustrating they have to help at all, and that these hospitals were so underprepared for this pandemic, but they’re still glad to. “We’re all rallying together. This is a time of crisis. Whether it needed to be is the bigger question,” Manchanda says. “It’s clearly unfortunate that we’re in this situation. We’re trying to do the best that we can to minimize the effects on everyone in all of our communities.” 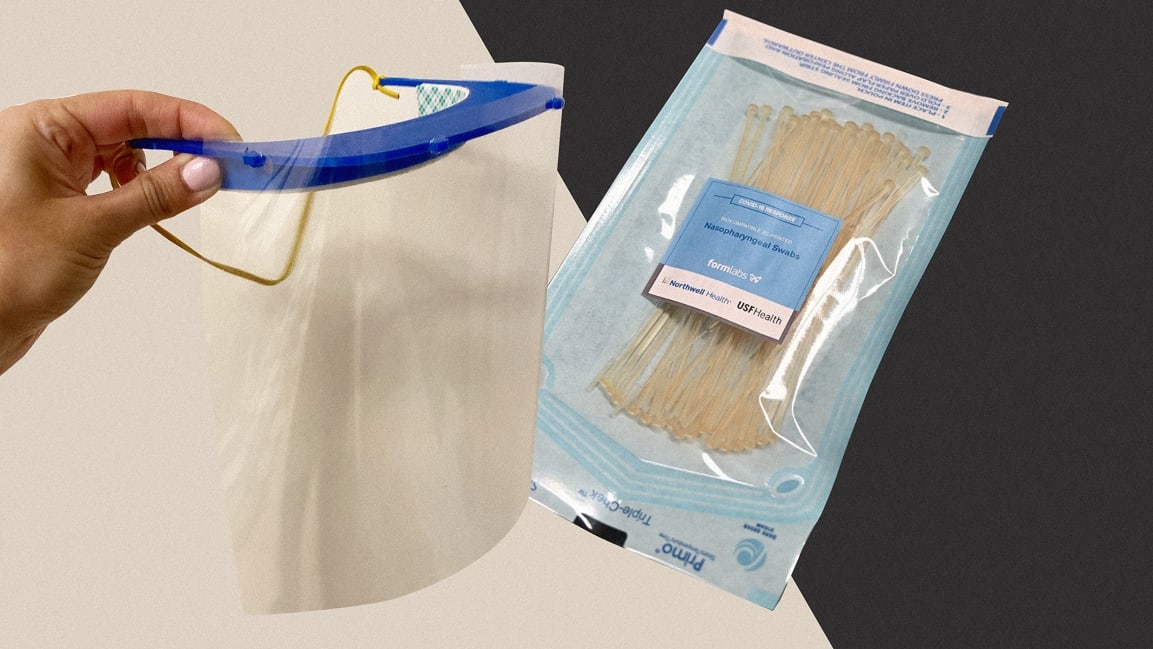