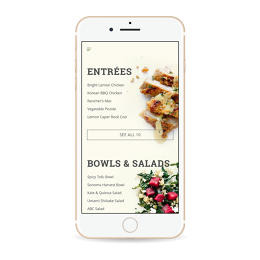 In 2013, meal delivery service Sprig launched in San Francisco with one simple goal: making it easy to eat well.

The creation of tech entrepreneurs, not restaurateurs, the service launched with just three meal options a day, available only at dinner and ordered through an app. The high-quality, healthy meals typically included a protein and a few sides and were delivered to wherever you were in roughly 20 minutes. If you weren’t interested in one of the three meals, then you weren’t interested in Sprig, at least that night.

Now it’s taking a huge step by expanding from five options to a menu of 20. “The goal of that menu primarily is to add more variety, and have a better quality delivery experience,” says Gagan Biyani, cofounder and CEO of Sprig.

The company’s original menu catered for busy professionals. With its new menu, in development for the past six months, Sprig aims to appeal to a larger customer base, including groups and families. The 20 items will change seasonally and include main dishes such as Korean BBQ chicken and savory braised beef stew as well as shareable sides like roasted winter vegetables and rancher’s mac & cheese. The menu also includes more gluten-free options as well as meat add-ons to transform vegetarian salads into protein-filled entrees.

From Ready-To-Go to Made-For-You

As you can imagine, growing from five to 20 options will transform how Sprig operates. Prior to today, its service worked similarly to other delivery services like Square’s Caviar, with cars driving around a city loaded with pre-prepared meals. That meant when you ordered a kale salad from the company, that salad was likely already made and in your neighborhood, so Sprig could get it in your hands in just a few minutes. That was great for speed. But depending on what you ordered, preparing meals in advance didn’t necessarily make for the tastiest dishes.

“That’s actually one of the biggest customer insights we have over the last three years, is that speed is not the thing that people care the most about,” says Biyani. “They care more about the quality of the food.”

With the new menu, the company is also introducing a new business model that will prepare and distribute meals from the company’s kitchen in San Francisco as they’re ordered. “It will make the food quality a lot better because we’re preparing the food as soon as a customer orders, or just a little bit before,” Bivani says. “That is really more important than [the fact that] it might take 30-40 minutes instead of taking 20-30 minutes.”

Even if Sprig is de-emphasizing the speed of its deliveries, it needs to manage its time carefully. If you order a meal from a local restaurant, it might sit around waiting on a driver (and getting cold). Or it might not be ready when your delivery driver gets there, slowing down the process. Sprig handles every aspect of the process itself, aiming to get a hot meal to your doorstep as efficiently as possible.

“Your average restaurant doesn’t spend nearly as much time taking beautiful pictures as we do.”

“There’s this logistics platform that spans all of Sprig, from how we purchase ingredients to how we put them on the road,” says Angela Wise, Sprig’s head of product. “That’s why vertical integration is so powerful, is that one system powers all of Sprig. The systems are super connected, so there are lots of cozy synergies and customer experience benefits. We think it’s the secret sauce to delivering a really awesome experience at a very reasonable price.” (Entrees average about $13; sides are $5-$7.)

As Sprig’s product manager, Wise oversees everything from menu creation—each recipe is meticulously tested in-house before it hits the streets—to food photography and the way the service’s app works. It’s a role that extends beyond the tech to the meals themselves.

“The food is designed not only to be delivered . . . it’s also designed to look great in an app,” says Wise. The company wants customers to discover food they might not have even realized was on the menu, and a big part of that experience is in the pictures.

“Your average restaurant doesn’t spend nearly as much time taking beautiful pictures as we do because they have the benefit of that really comprehensive experience,” says Wise. At a local eatery, you might smell bread baking or ask a couple one table over about a dish they ordered. Sprig, however, must rely on visuals alone rather than appealing to all your senses. “Photography for us is a brand value. Everything we want to express is expressed through photography,” she says.

The meal-delivery business has already claimed multiple victims, and one of its challenges is that it’s tough to predict how much food you’ll need on hand. Recent reports suggested that another Silicon valley company, Munchery, didn’t sell 16% of the meals it prepared over the past two years, accounting for a $1.9 million loss and forcing the company to decrease the average cost of each plate. While waste is certainly an issue for any food-based business, Biyani says that Sprig’s new approach should actually result in less waste, and it’s adding more high-quality ingredients, not taking them away.

“One of the reasons we’re moving to this model is if you imagine if you’re going to stock a car of food, you might have it roaming around, and you might lose some meals that you predicted would go out, and you were wrong about your prediction,” he says. “Now what we do is, we have all the meals in one facility, so it’s easier for us to predict the waste we might have and minimize that waste.”

The company uses data science to know, for instance, how many potatoes to chop up for a Tuesday evening dinner rush. And now, since meals are made on demand rather than preprepared, Sprig can avoid issues like making too much of one dish and not enough of another in an evening. Perhaps more importantly, every customer’s meal will arrive even fresher than it did before.

Besides its vertical integration, Biyani says one of the keys to Sprig’s success is its employees. As of last Friday, all of Sprig’s servers were offered full-time employment, making them staffers rather than contract workers like drivers for services such Lyft and Uber. Employees each make $14.50 an hour and get health benefits with premiums paid by Sprig, along with equity in the company.

That’s not just good news for those workers; it’s also better for Sprig. “It’s a lot easier to manage a group of people that are part of your team,” Biyani says. Drivers queue up within the app for their shift, and are told when to stop by the kitchen to pick up a delivery.

“Managing that flow is a critical part of our operations, and the fact that we’re one facility that both makes and delivers the food is an example of why we can deliver food hotter and have more control over the experience,” he says.

Sprig’s new menu and delivery process go into effect today. The startup currently offers service only in San Francisco, after suspending it in other parts of the Bay Area and Chicago. But its new plan includes aspirations of future expansion. “We’re focused on fine-tuning our new menu in our home market, but absolutely plan to expand this model elsewhere in the future,” the company says. 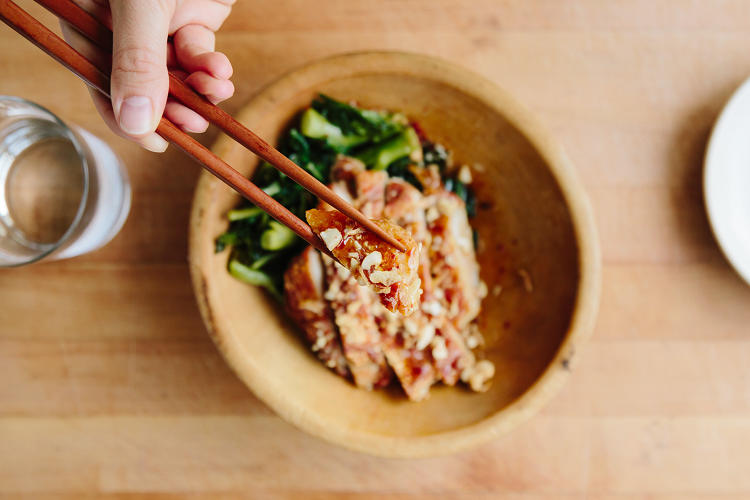 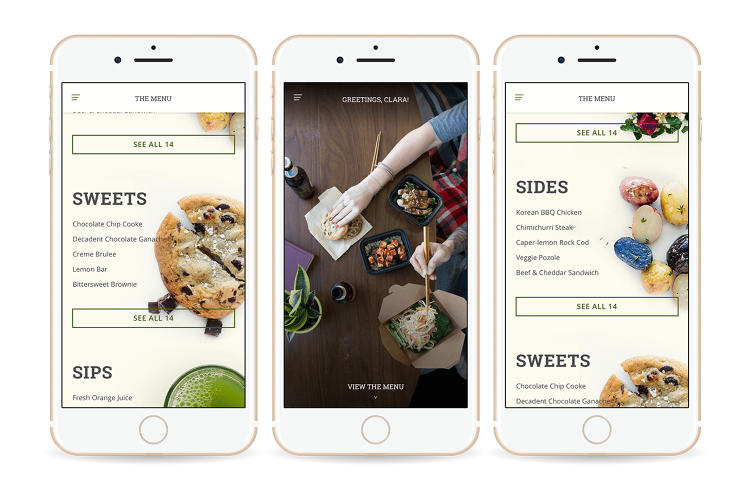 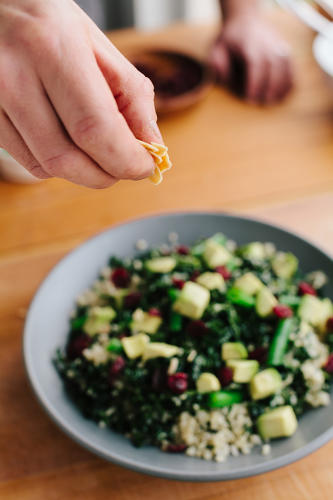 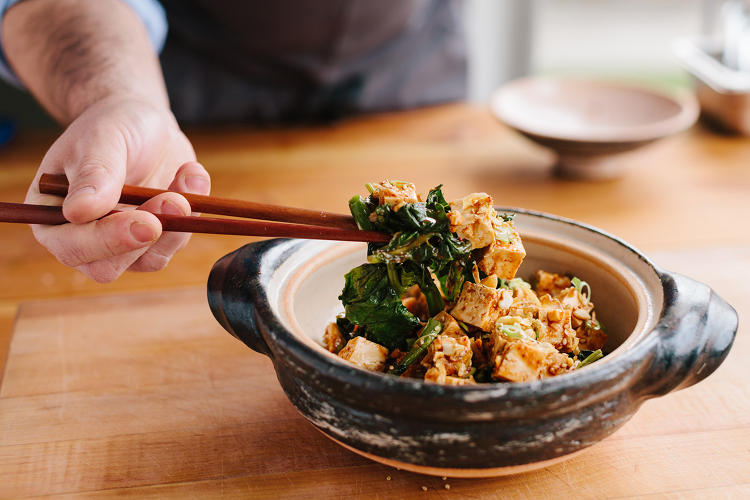