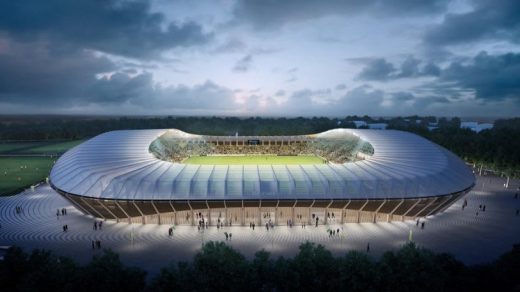 When the Forest Green Rovers Football Club was founded, they took their name from the neighborhood where the soccer club played. These days, though, “forest green” is taking on an entirely new meaning for the club. The team, based in the Gloucestershire town of Nailsworth, can claim the title of the only vegan football club in the world.  They are the world’s first U.N. certified carbon-neutral sports club, too. FGR’s stadium, The New Lawn, is powered by 100% green energy, some of which is generated by the solar panels on the stadium roof. The team plays on what is believed to be the first organic soccer field with no chemical fertilizers keeping the grass green, which is cut by a solar-powered robot lawnmower, they collect rainwater, the stadium kitchens recycle cooking oil into biofuel, and the stadium is outfitted with electric car charging facilities to encourage fans to travel to games sustainably.

Now, the team is spreading its ethos beyond the football pitch, with a new vegan catering company for schools called Little Green Devils, which launches March 7. The catering company is bringing 100% vegan, allergen-free food to schools across England with the hope that having a soccer team involved will convince reticent kids to try a veggie burger (for what it’s worth, they swear it is delicious). Eventually, Little Green Devils hopes to move into broader markets: universities, international schools, and even possibly to theme parks, which want to serve vegan fare. It’s a big leap from football to vegan catering, but it’s all part of the team’s evolution, all powered by chairman Dale Vince.

The team ended up at the vanguard of eco-consciousness when it hit some financial trouble around 2010. So it approached a local businessman for “a little bit of cash to get them through the summer.” That business owner was Vince, a man described by The Independent as a “£100m hippy with wind in his turbines and Quorn in his burgers.” Vince made his fortune by founding one of England’s green energy companies, Ecotricity, as well as an electric car charging network and other green initiatives. He is an ardent campaigner for the environment and considers eating animals to be “physically and emotionally revolting and morally wrong.”

Buying local sports teams has been a favorite pastime of tycoons for a long time and Vince was intrigued when FGR approached him. He quickly realized that they needed “much, much more than a little cash,” though, but he also knew that he didn’t want to invest in a company that served so much meat to its employees and its patrons. He agreed to come onboard with the club, but later insisted that they go vegan. The idea of withholding meat and cheese from its athletes may have sounded daunting, but FGR didn’t really have any other option. Come 2015, the Forest Green Rovers were the world’s first vegan soccer team. “That,” Vince says, “was the beginning.”

Now, they’ve even earned the vegan seal of approval from the Vegan Society and proven that athletes can survive and thrive even without milk, meat, or eggs. Not only are the players and staff served plant-based fare, but so are the fans watching matches at The New Lawn. The fact that the fans continued showing up at the stadium after it went fully vegan in 2015 is no small feat, considering most of England’s soccer stadiums do a steady trade in meat pies and Bovril, a traditional hot beef beverage that could be considered an acquired taste. While Vince admits there was a bit of a fan revolt at first, he claims that now people are approaching him to thank him for helping change their lives. While the club doesn’t dictate what players eat off the field (and British papers have gleefully shown photos of the players eating meat pies and ordering fish and chips), at least a few have now fully embraced the plant-based diet, claiming it makes them feel better and perhaps more importantly, perform better on the field. The team’s striker, Reuben Reid, told WBUR that switching to a fully vegan diet gave him more stamina and improved his recovery time. While for FGR, it’s purely anecdotal, there is a growing body of scientific research showing that veganism can provide athletes with the high-performance diet they need.

Of course, diet isn’t the only change that Vince brought to FGR. In addition to the veggie burgers and the club’s signature dish, Q-pie–made with Quorn, a not-as-bad-as-it-sounds fungus-based protein, it came in the top three at the 2017 British Pie awards–Vince has helped propel the team with a steady influx of cash. The chairman says he doesn’t know how much money he has invested in the team and doesn’t really seem to care, either. (“There are some things that are more important than money,” he says.) Whatever the exact sum, he has spent enough to secure players and coaches, give each first-team member an electric car, improve and “green-up” the training facilities and stadium, and announce plans to open a new state-of-the-art eco-friendly stadium. The cash (or perhaps the Quorn) is helping, too: In May 2017, FGR performed well enough to be promoted to the Football League, the next level in England’s tiered system of soccer leagues, for the first time in the club’s 130-year history. This year, it started its second season in League Two, with a real shot at placing high enough to move up to the next level, League One. Fans are undoubtedly more than happy to trade meat pies for Mexican-spiced Quorn wraps if it means cheering on a winning team. “We have fun, but we get a great outcome, too,” Vince says.

As for Vince, he was excited to bring his message of sustainability and environmentalism in energy, transportation, and food to the sports world. “Football was going to give us opportunity to share our message with a new audience,” he says. “We definitely knew we wouldn’t be preaching to the choir.” People are listening, too: In addition to converting locals to the benefits of vegan beer and Quorn, Vince says that some of the clubs in the nation’s top league, the Premier League, have reached out to find out more about FGR’s green-energy initiatives and eco-innovations, and how they might be able to implement them in their own stadiums. Now, when FGR play away games his team has been pleasantly surprised to find some rivals serving vegan fare, which Vince chalks up as a win, whatever the outcome on the pitch (other opponents opponents balk at the very idea).

Plus, being the world’s only vegan, carbon-neutral football club makes the Forest Green Rovers stand out in a crowded field. That too has paid off, Vince says, “I think it all helps us attract players who might not have otherwise considered joining us.” The better the players, the better the club performs, and the more attention FGR’s mission gets in the media–and FGR gets a lot of media attention. “In the last 12 months, we’ve reached 3 billion people between online, radio, and TV,” Vince says. “We have fan clubs in 20 countries around the world. Some for our football and some for our stance on the environment. I find it pretty exciting that we created not only a new kind of football club, but a new kind of football fan, too.”

“It’s quite a special football club,” he says.

Now, the football club chairman is expanding the club’s mission off the pitch with the Little Green Devils catering. The food, which has already been tested and approved by school children, will be made in a brand-new factory near the club that will run entirely on green energy supplied by Vince’s company, Ecotricity. “We’ve had incredible interest,” says Vince, “We have a real chance to create some change in the world.” 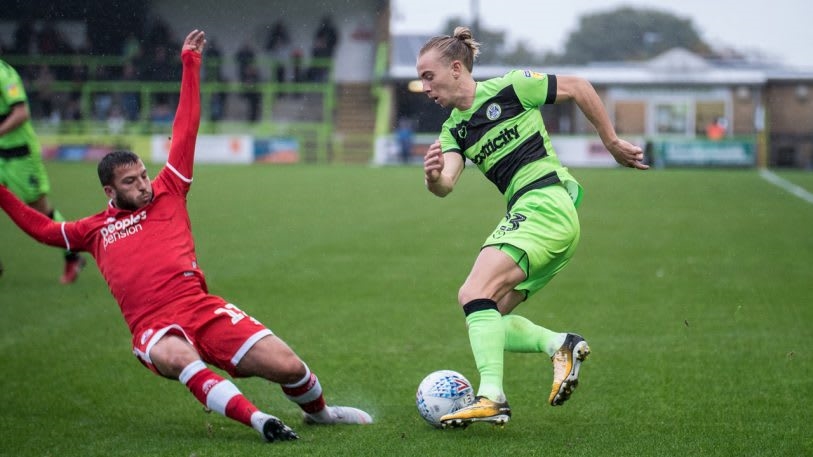 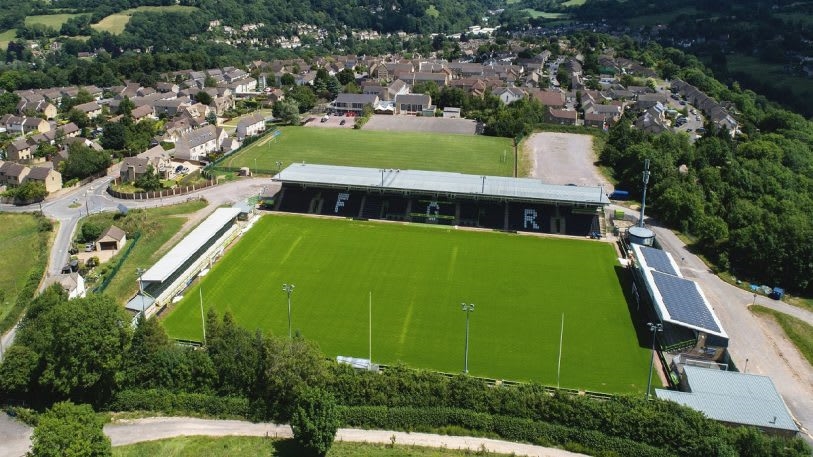 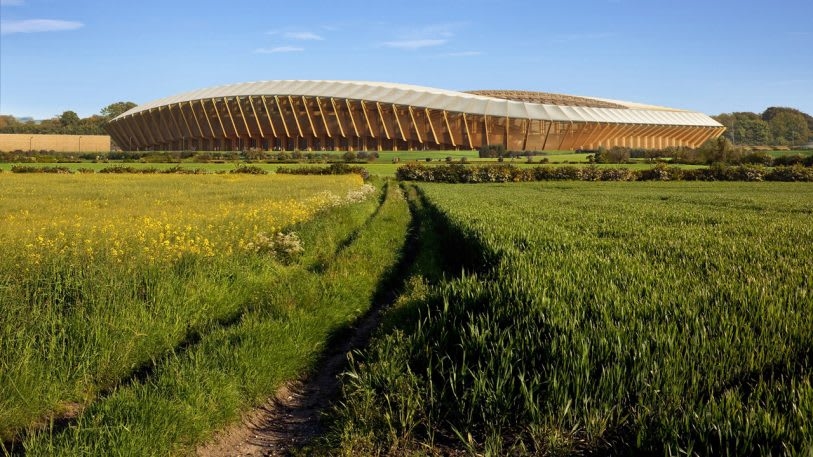 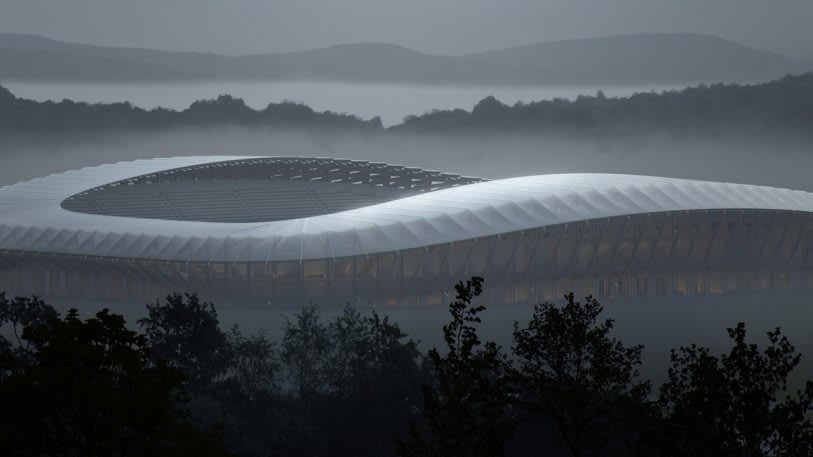 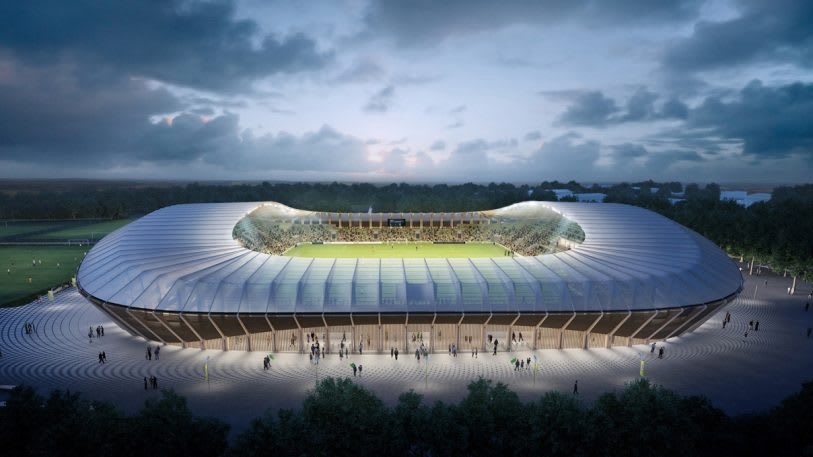 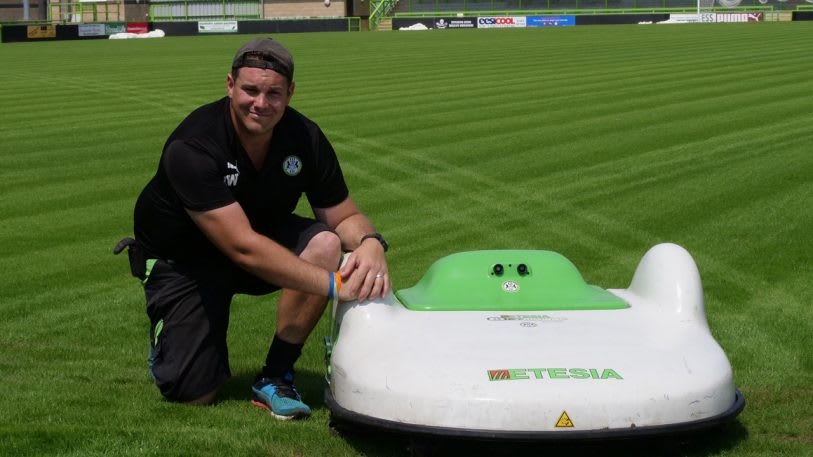 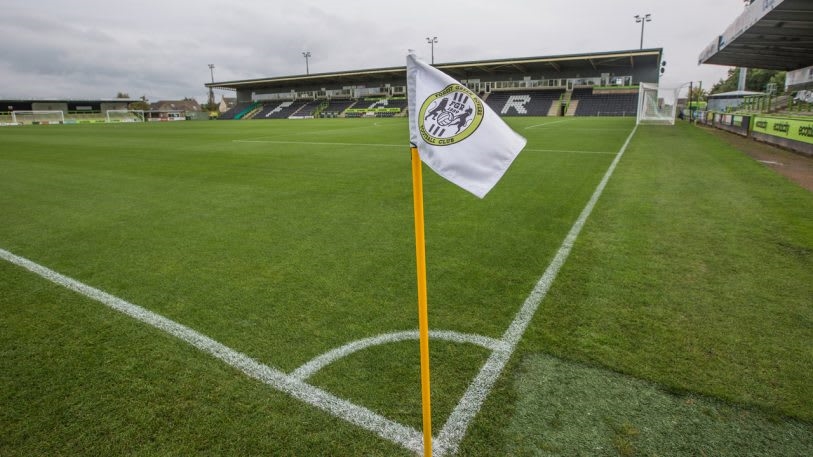 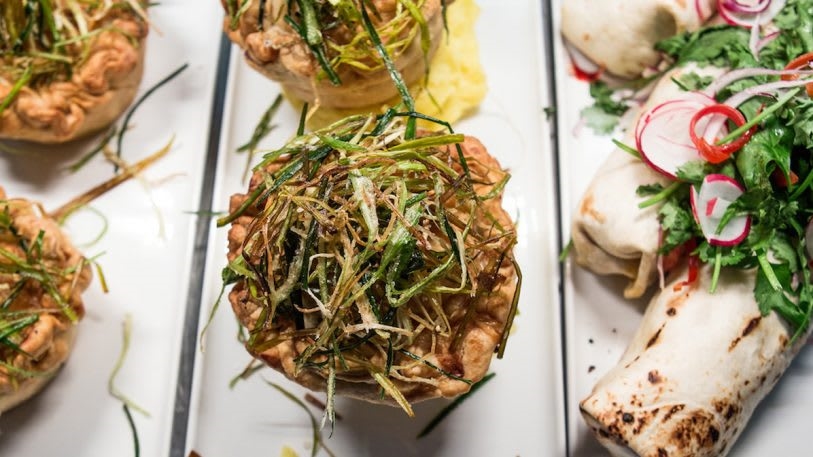 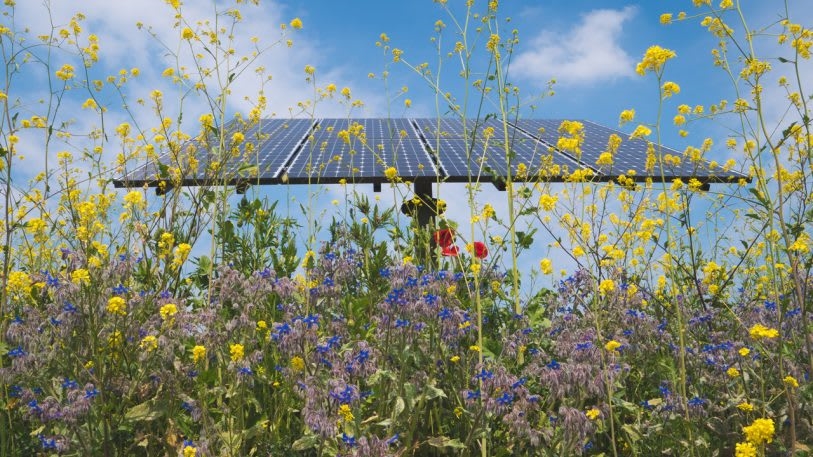 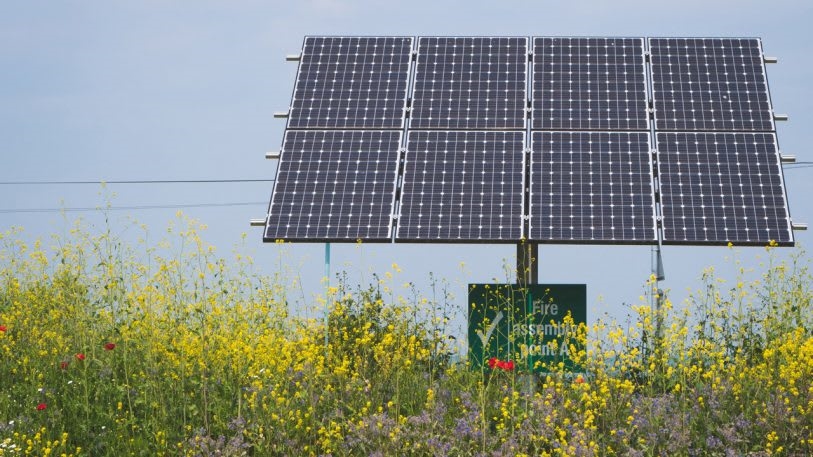 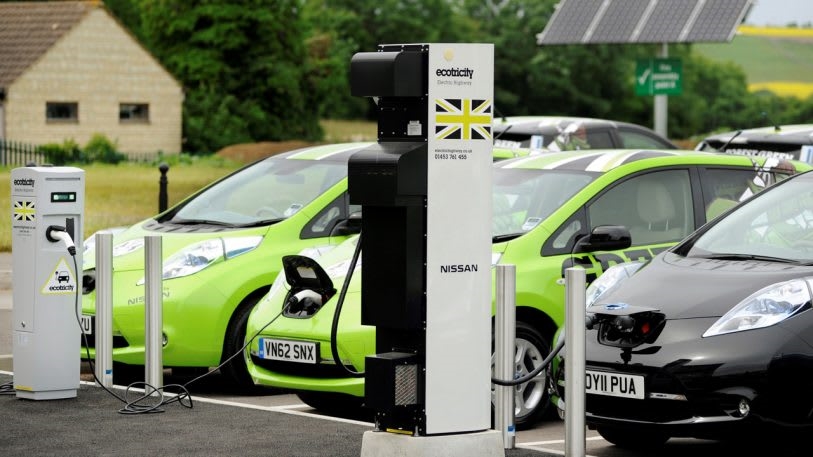