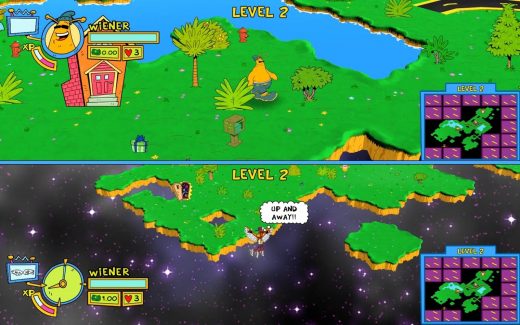 Macaulay Culkin is roughly 10 years behind when it comes to video games. The most up-to-date console he owns is an Xbox 360, which he plugs in mostly to beat Mass Effect 2 again or blast through swarms of zombies in Left 4 Dead with his younger brother. The most modern game in his rotation right now is 2014’s South Park: The Stick of Truth, which he’s about 15 percent of the way through. 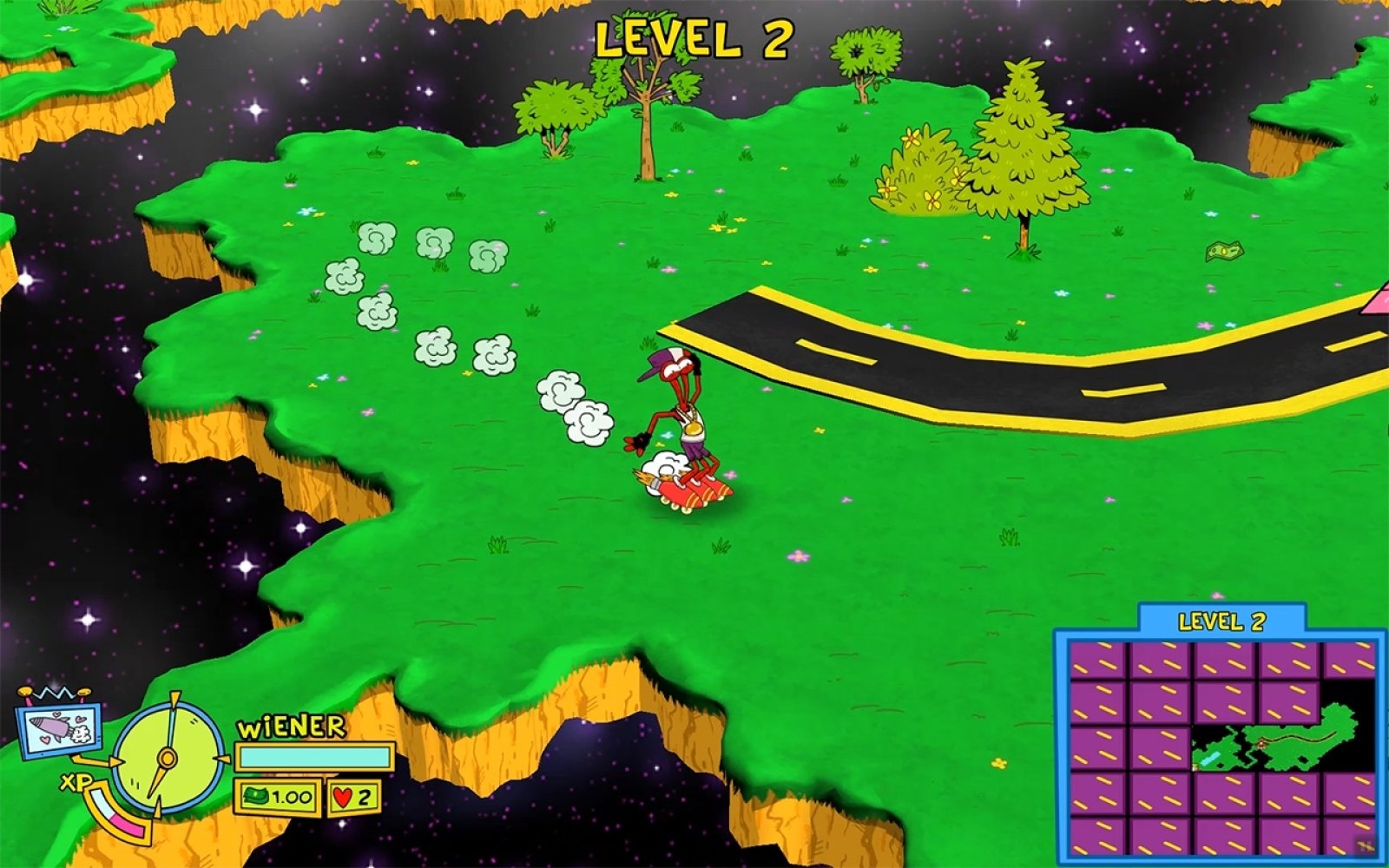 “I play more old-school kind of things,” Culkin said. “I play a lot more Nintendo and Super Nintendo games than I do probably anything else.”

Still, Culkin has an edge over even the most ultra-modern video game fan. He’s played a game that isn’t out yet, set in a franchise that perfectly suits his ’90s-soaked video game sensibilities: ToeJam & Earl: Back in the Groove. In fact, Culkin is an executive producer on the game, which comes out on Friday.

ToeJam & Earl got its start in 1991 with a funk-infused Sega Genesis game starring two aliens who crash-land on Earth and have to find parts of their ship to get back home. Gameplay-wise, it’s an isometric, dungeon-crawling scavenger hunt set on floating chunks of land populated with annoying earthly creatures, like hordes of nerds and girls in coconut bras.

The first game was a cult hit and spawned two sequels, Panic on Funkotron and Mission to Earth, released in 1993 and 2002, respectively. Throughout the series, ToeJam and Earl themselves offer hilarious, friendly banter as they traverse the lands, all while wearing over-the-top, ’90s hip-hop clothes and jamming out to an unforgettable funk soundtrack. Best of all, the games can be played by two people at the same time, the screen splitting horizontally as Earl and ToeJam (oh boy, that sounds wrong) travel to different areas of the maps.

“Now we have a drinking game attached to it.”

Culkin has fond memories of playing ToeJam & Earl with friends when he was 15 or 16, back when he had his finger on the pulse of contemporary gaming. Going to arcades became difficult once his fame spiked (Home Alone came out in 1990), so his formative gaming years were spent at home, where he had a Nintendo Entertainment System, Super Nintendo and Sega Genesis. That last console is how he’d play ToeJam & Earl — and it’s still how he plays to this day. Well, with one minor twist. 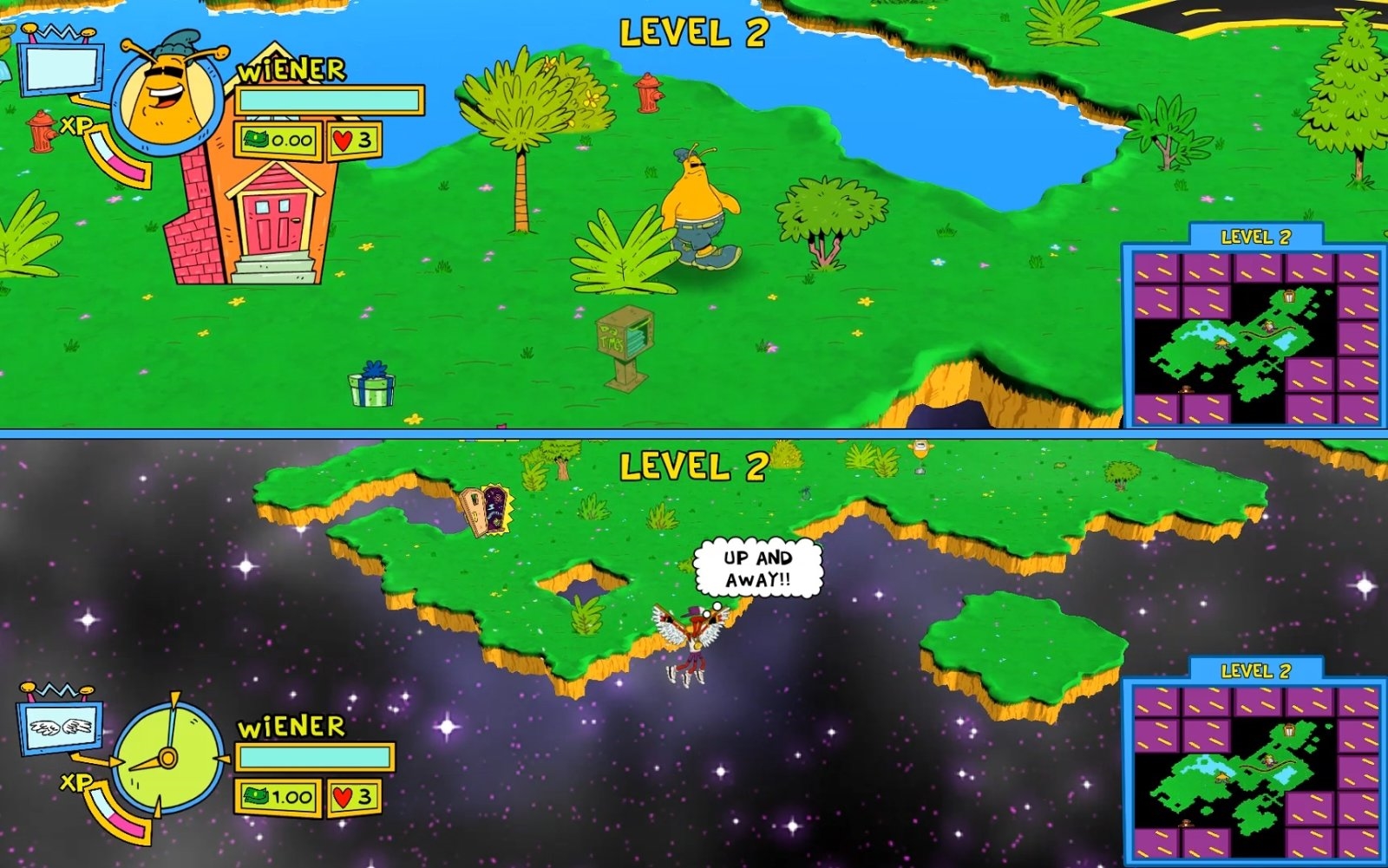 Aside from re-releases of the original games, Back in the Groove is the first new ToeJam & Earl title in 16 years. Series creator Greg Johnson is leading the team at his development house, HumaNature Studios, and the effort is funded in part by a 2015 Kickstarter campaign that raised more than $500,000. That means it isn’t tied to Sega or any other publisher, and it’s heading to as many platforms as possible — PC, Switch, PlayStation 4 and Xbox One — for $20.

That’s also why Culkin could get involved. He and his satirical media endeavor, Bunny Ears, ended up helping develop Back in the Groove thanks in large part to — you guessed it — social media. 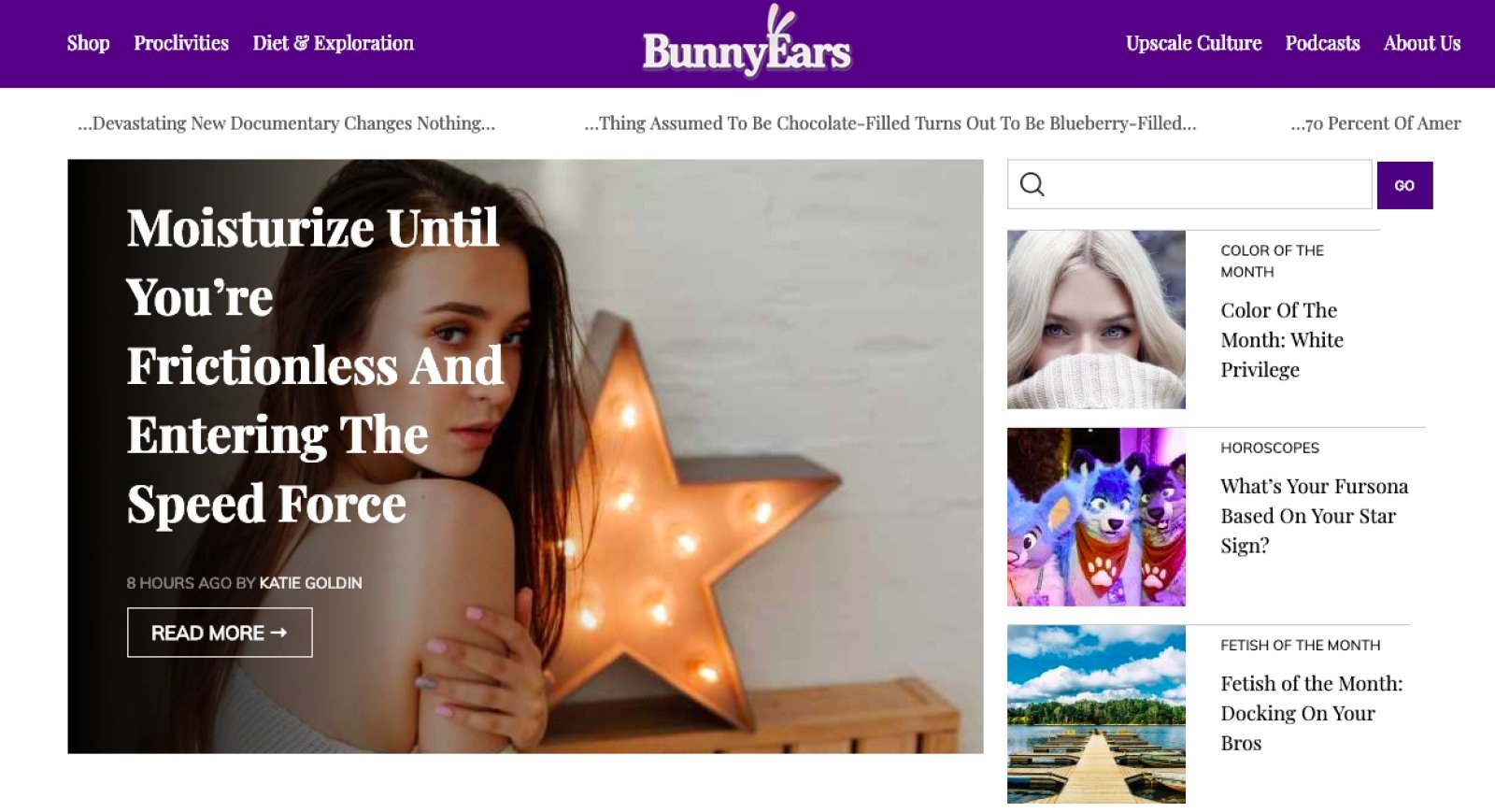 Culkin launched Bunny Ears in January 2018 as a comedy hub poking fun at “celebrity lifestyle” sites like Gwyneth Paltrow’s Goop (which was valued at $250 million last year, by the way). It has a lineup of Onion-esque articles with headlines like “Why We Had A Water Birth At The City Swimming Pool” and “Simple Tricks To Make Their Funeral All About You,” plus a podcast with nearly 50 episodes, and counting.

Bunny Ears even has a section dedicated to ridiculous video game articles (“Will The Sims Seek Revenge On You After The Singularity?”), and Culkin recently played through the original Home Alone games on The Angry Video Game Nerd YouTube channel.

Culkin had mentioned his love of ToeJam & Earl on the Bunny Ears podcast, and during his annual Oscars live-tweeting extravaganza in 2018, he shared a photo of himself playing the original ToeJam & Earl.

“The next thing you know, we’re private messaging and figuring out a way to go up there,” Culkin said. “I visited the developers up in San Francisco, and got to hang out with everyone working on the new game, got to play the beta for two days. We totally beat it, which like, yeah, he was very impressed.”

The “he” was Johnson himself. Culkin actually ended up introducing Johnson to a few benign glitches that he and his friends had discovered in the original game, including a move that granted players infinite rocket skates. In return, Johnson showed Culkin original concept art and talked about the early days of designing the game. He even signed Culkin’s ToeJam & Earl cartridge.

“I was so giddy when I got my cartridge signed,” Culkin said. “It was almost like a meeting an oracle. It kind of really was. It was just fascinating to get inside of his head. … It’s such a wacky game.”

Culkin, Johnson and a few friends recorded an episode of the Bunny Ears podcast that’s set to go live on Friday, alongside Back in the Groove‘s launch.

“If you want to hear from the man himself — the oracle, the one, the only, Greg Johnson — then there’s a good place for it,” Culkin said.

In the meantime, Culkin is considering buying a new console. As in, one that was manufactured in the past decade.

“I’m starting to get the itch a little bit more lately to actually update my consoles and maybe get an Xbox One,” he said. “Probably a Switch. I mean, everyone’s been talking about it.”