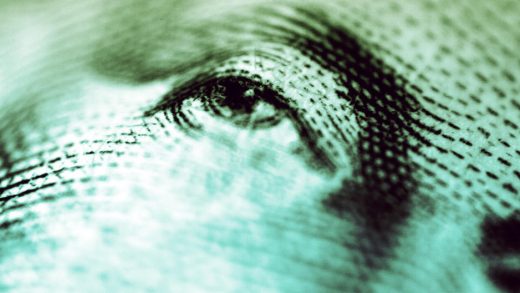 If you’re a first-time investor with, say, $15,000 in savings, you have plenty of options these days. Newfangled robo-advisers like Betterment and Wealthfront will happily take your money, as will incumbents like Charles Schwab, which have launched improved digital products. But if you’re starting at zero, with practically nothing in the way of savings, you would have found few options designed to serve your needs—until now.

There are suddenly half a dozen startups eager for your first saved dollar. They aspire to grow with you, transforming your initial commitment into a healthy nest egg. But for the foreseeable future, they have set themselves up to manage small accounts—$100 here, $1,000 there, growing by maybe $5 or $10 per month. And because they are in no position to make a healthy profit by charging fees as a percentage of their assets under management (AUM), they are instead searching for alternative sources of revenue.

The results are varied. On the one hand, there is Stash. Founded by finance veterans Brandon Krieg and Ed Robinson—and propped up by $25 million in Series B financing, as of December—Stash has the look and feel of a calculated millennial machine. The app’s exchange-traded fund (ETF) options, for example, have been relabeled with catchy titles like “Clean & Green” or “Defending America.” Stash users aren’t picking stocks, but the app succeeds in delivering some of the same rush that accompanies a more active approach to investing. (Robinson likes to imagine a Stash customer proudly telling his prospective father-in-law, “‘I’ve got a bit of money in China’—it’s very empowering.”) It takes just $5 to open an account.

On the other hand, there is WiseBanyan. The company quietly raised $3.5 million last fall, bringing its total funding to just under $10 million. Unlike Stash, WiseBanyan takes a passive approach to investing, orienting its user experience around life goals like “rainy day fund” or retirement. With a muted blue color palette and friendly illustrations, the product interface has the look and feel of something that your most responsible friends might design. Which, as it happens, cofounders Vicki Zhou and Herbert Moore might very well resemble. Millennials themselves, they bonded over a shared frustration with extravagant or oblivious peers who had yet to start saving (after brunch with an old friend, Zhou recalls going home and writing up a long set of instructions for her to follow). WiseBanyan customers can start with as little as $1.

Their styles could not be more different, but Stash and WiseBanyan are in some ways playing a similar game. Both are much more concerned about growth in customers than growth in AUM—an argument that investors seem to finally be warming to.

“In the past, people would ask, how much AUM do you have? We were always battling that,” Zhou says. “We’re trying to help people get started, and it was hard for people to see the value of our client base. We look at AUM, but we also look at what people are on track to save for.” WiseBanyan’s 20,000 customers have so far saved around $100 million, she says, but are making progress toward goals worth $4.5 billion.

Stash’s Krieg echoes that stance. “AUM is definitely not the KPI that we look at today,” he says. “It puts too much pressure on us, it puts too much pressure on our customers. If we start measuring AUM, we’re conflicted at that point.” Like Zhou, though, he keeps an eye on leading indicators, like “Auto-Stash.” Today, 40% of Stash’s 360,000 customers are using the auto-deposit feature to set aside $20, on average, per week. “Look 12 months out, and our assets are going to be quite nice.” (Krieg declines to provide a figure for AUM, but Auto-Stash customers alone could bring in $150 million in AUM this year, if that weekly average holds steady.)

But as these founders say, AUM is to some extent beside the point. Micro-investing services like Stash and WiseBanyan want to be valued as technology companies, not financial companies, says Lex Sokolin, director of fintech strategy for Autonomous Research. “The attention of that [younger] demographic is more valuable than the assets that they bring to the table,” he says. (The average age for both Stash and WiseBanyan hovers at around 29.) “In the tech economy, in the attention economy, you’re fighting for people’s loyalty rather than their wallet.”

With a large and loyal customer base comes the ability to layer on premium features, serve up recommendations for third-party products, monetize user data, and more. The trick is to do so in a way that maintains user trust.

“Financial literacy is a huge issue in the U.S.,” Krieg says. “Our view is that if we can help people, we build trust and a really long relationship with the customers.” Like any good technology company, though, he has aligned his incentives with that of a highly engaged user. “The landscape is made up of a lot of the robos, but we’re not a robo-adviser,” he says. “We want our customers to invest with intent. We want them to have a say in their investments, because that’s when it becomes more meaningful.” 80% of users with money in their accounts and 96% of Auto-Stash users open the app at least once a month.

“The black box ‘set it and forget it’ is sort of paternalistic in a way,” says Valar Ventures founding partner Andrew McCormack, who led the company’s recent Series B.

On the Stash blog, zeitgeisty posts like, “Would you invest in Westworld?” and “Friends with Bond-ifits” draw readers in. There is no post, however, on doing the basic math that might raise questions about Stash’s $1-per-month fee. Stash charges that amount for all accounts with an average daily account balance of at least $1 (accounts with balances over $5,000 pay 0.25% per year, charged monthly and calculated daily). That means that a customer who puts just $100 in the Stash app could easily wipe out his or her investment gains by the end of the year.

“There’s a school of thought that says, if I had done this with most discount brokers it would have cost $10 or $12 to do the trade,” Krieg says. “So it’s a wash, because we don’t charge a trading commission.”

In other words, you pay for the privilege of seeing yourself as an active investor.

WiseBanyan offers less choice, but for the compelling price of “free.” The company doesn’t charge for basic investment management services; instead, it plans to layer on extras like tax-loss harvesting (which, to be fair, is already included in the base fees that Betterment and Wealthfront charge).

“I would rather have 100,000 people starting with a dollar than one $100,000 client,” says Zhou. “We’re really thinking about how to make this accessible to everyone.” Over time, she wants to use data to get smarter about helping WiseBanyan customers work toward goals like home ownership. Combine location information with annual income and household size, for example: “We’ll give you a recommendation for a down payment, and tell you how much to put in every week or every month.”

WiseBanyan is not a B-Corp, but it has raised money from Village Capital, which invests in social enterprises, and the Financial Solutions Lab operated by CFSi, a nonprofit dedicated to financial health. For Zhou, it’s a natural fit. “I grew up in a household that was in that fuzzy gray area between underbanked and banked,” she says. Four generations lived in her family’s Las Vegas home, relying on minimum wage jobs to get by. “At one point my mom worked at a Wendy’s, my dad was cleaning dishes. When I was older they both worked in casinos.”

The thrift she learned is apparent in WiseBanyan’s New York office, a fifth floor walk-up just four blocks from Stash. When the team moved in, Zhou recalls, they had trouble hanging whiteboards on the walls because none of the floors or ceilings followed straight lines.

“They built a lean operation, and figured out how to make money at a much lower threshold,” says Ryan Falvey, managing director of the Financial Solutions Lab, pointing to the company’s ability to settle transactions without a broker. “As they grow it will give them a pretty significant advantage.”

Stash and WiseBanyan are not alone. M1 Finance, a Chicago-based company that launched its app last fall, tries to split the difference between the two, combining goal-based passive investing (“2060 Conservative”) and stock picking (“AAPL”) in a unified, pie chart-based user experience. “You’re the boss,” “be invested,” the company proclaims on its website, drawing a contrast between its approach and that of established robos. The minimum to get started: $100.

Plus there are companies like Acorns, which has raised nearly $62 million, and Digit, which has raised just over $36 million. Sokolin doubts that all will survive. “The competition for micro-investing is just more brutal, because the revenues are lower,” he says.

For those that do make it, there’s a secondary concern: When a customer passes $15,000 or $20,000 in savings, will they ditch their “training wheels” app and migrate to a platform designed for the mass affluent? WiseBanyan is perhaps better positioned in this regard than Stash. But it doesn’t help that Betterment and Wealthfront have been lowering their minimums, signaling that they too would like to capture customers early.

In the meantime, the ETF industry is reaping the benefits of investment apps’ willingness to pay hundreds of dollars to acquire each new customer. “The biggest winner from a lot of these companies growing have been ETF providers like Blackrock,” says Evan Morris, an alternative investments analyst for Pitchbook. Blackrock’s ETFs pulled in $140 billion in new business last year, while Vanguard’s attracted $97 billion.

“The big question is how this space can survive a big market downturn,” Morris adds. “It remains to be seen how investors will react when their portfolio drops overnight.” Especially when the news arrives via mobile notification. 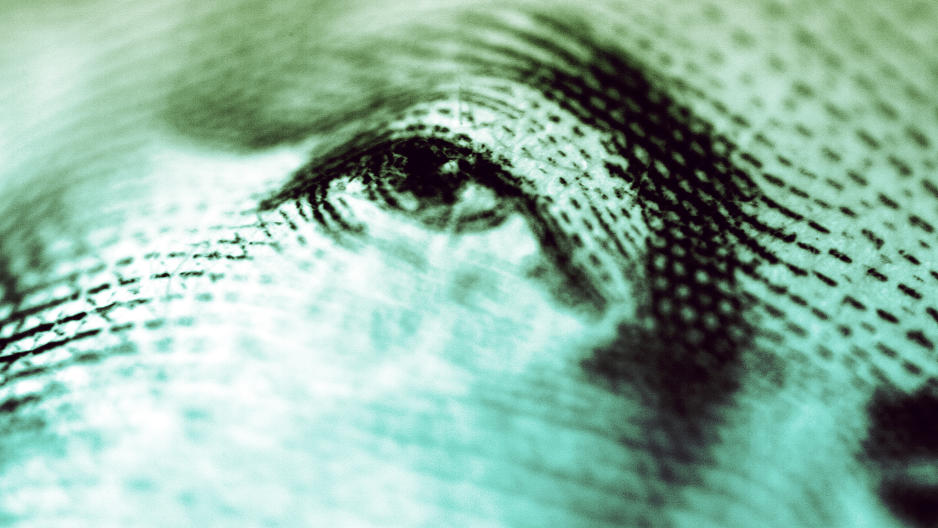