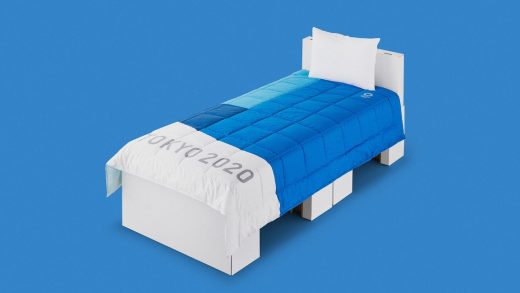 Minimalism to the extreme: Olympic athletes will sleep on cardboard beds

If there’s one thing an athlete needs before competing for a medal at the Olympic Games, it’s a good night’s rest. This year, competitors catching some shut-eye at the Athletes Village complex during the Tokyo 2020 Games will be participating in a first: cardboard beds.

The beds, made of recyclable cardboard, are part of Tokyo’s broader effort to make the games—a notoriously wasteful event—more sustainable. In November 2018, the Tokyo Organizing Committee of the Olympic and Paralympic Games released a sustainability plan with five main themes—one being to “reuse or recycle 99% of procured items and goods.” That even includes the medals, which will be made of gold, silver, and bronze harvested from small electronics, like phones. The theme continues with these cardboard beds and polyethylene mattresses: after the Games, they’ll be recycled. That’s a total of 26,000 beds between the Olympic and Paralympic games, according to Kyodo News.

As for whether they’re comfortable: The jury is out, but they’re designed to accommodate different bodies and sleep styles. Developed by Japanese company Airweave, the beds are modular, and come with three-part mattresses, so that athletes can set their preferred firmness for upper, mid, and lower body. The 210-centimeter-by-90-centimeter frames can also be modified for especially lanky athletes by adding 20-centimeter extenders.

The lightweight design makes the frame easy to move around, should athletes want to rearrange the look of their space once they arrive. According to Takashi Kitajima, the general manager of the Athletes Village, the cardboard frame can withstand a weight of up to 440 pounds. The frame would break if athletes do any celebratory jumping, says Kitajima, but he qualified that a wooden frame would, too. No word on how the frame withstands other kinds of movement.

While cardboard bed frames may seem like small potatoes in the context of the Tokyo Committee’s broader efforts to make the event sustainable, it’s among many important first steps. Olympic villages, venues, arenas, and all the infrastructure built to make them run are basically the world’s largest, most expensive pop-up events. They’re constructed to temporarily hold huge amounts of people, and then left as forlorn remnants of former glory. These recycled beds might not look like much on their surface, but their design does prioritize performance and the planet. Seems like the Olympic spirit to me. 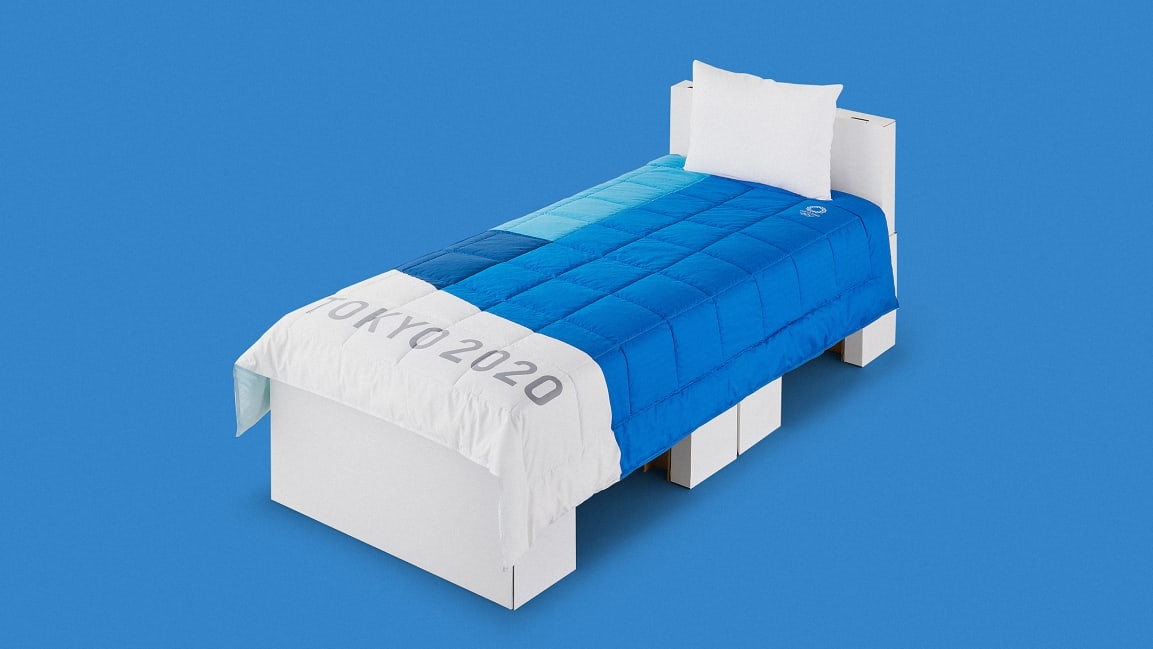