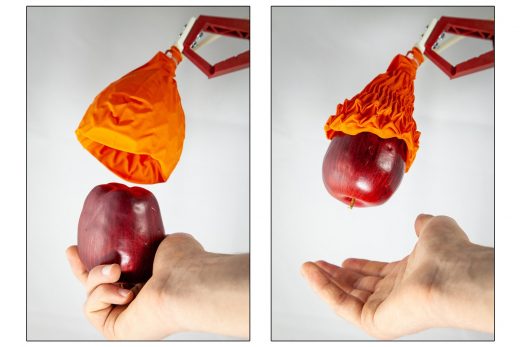 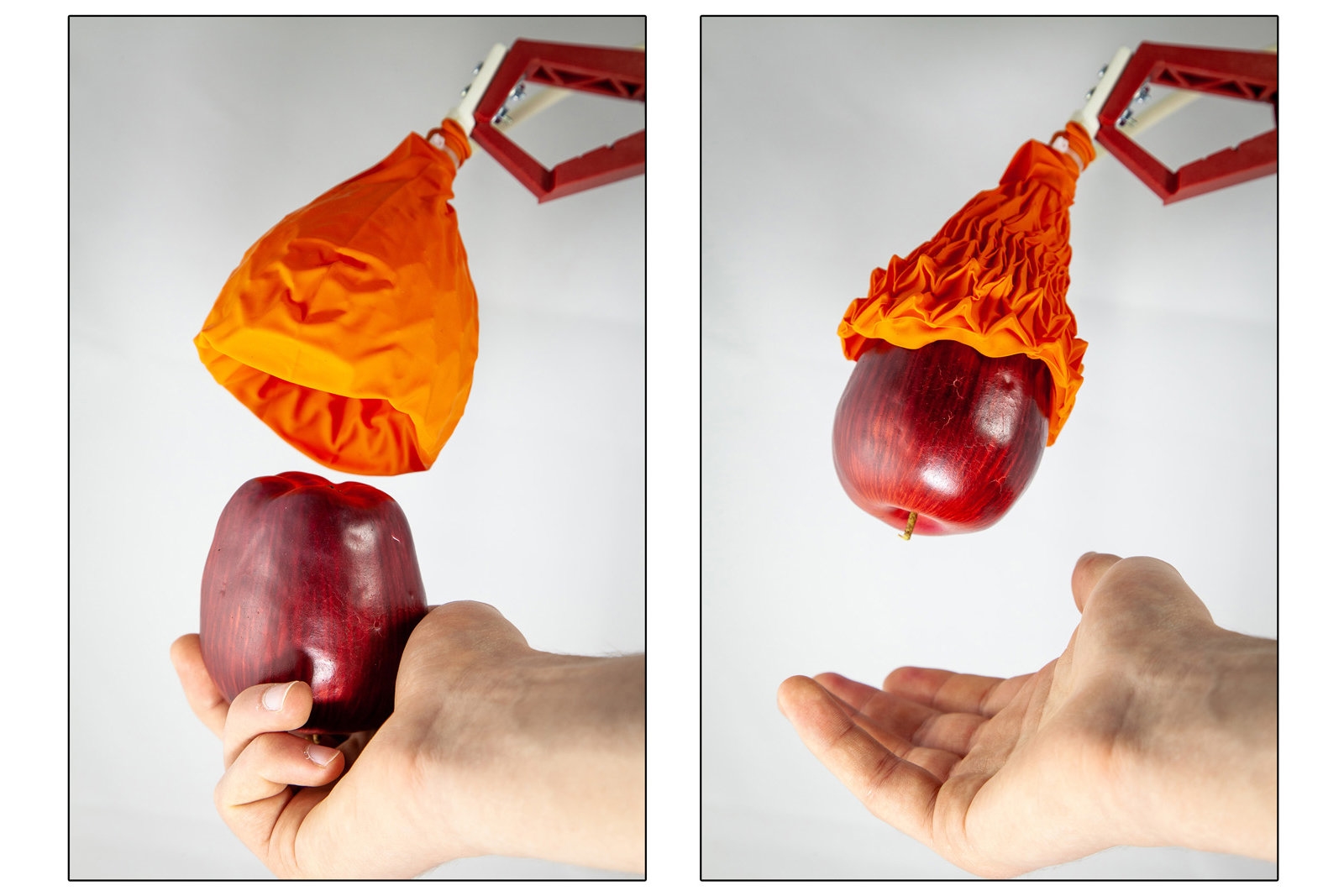 Robot hands tend to skew toward extremes. They can pick up delicate objects or heavy objects, but rarely both. MIT CSAIL’s solution? Avoid hands altogether. Its researchers have developed a Venus flytrap-like gripper that can grab objects as fragile as a grape, but also items 100 times its weight — even if they’re oddly shaped. The trick relies on a combination of clever physics with brute force.

The underlying gripper revolves around a 3D-printed origami structure made out of a plastic that folds on itself at high temperatures. It can effectively adapt to the shape of whatever it’s grabbing without compromising its strength. Vacuum power keeps objects firmly in place, while an airtight skin made from fabric or a rubber balloon gives it a better gripping surface.

As clever as this is, there are still limitations. The shape lends itself best to grabbing round objects like fruit and wine bottles, and preferably solid items. It’ll have problems with flat objects like books, and the suction won’t help when objects have holes. Even so, this could be useful for robots that have to pick up a wide variety of items. A medical robot could grab delicate tissue or the entire patient, while a warehouse robot at an online retailer could easily pick up your order and ready it for delivery.