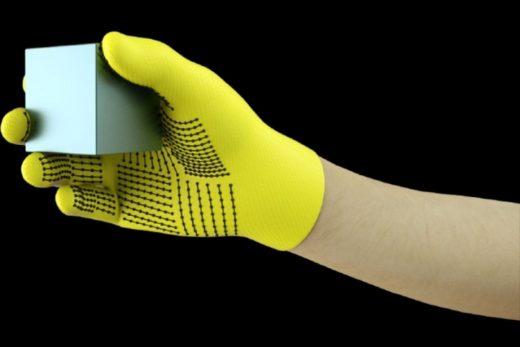 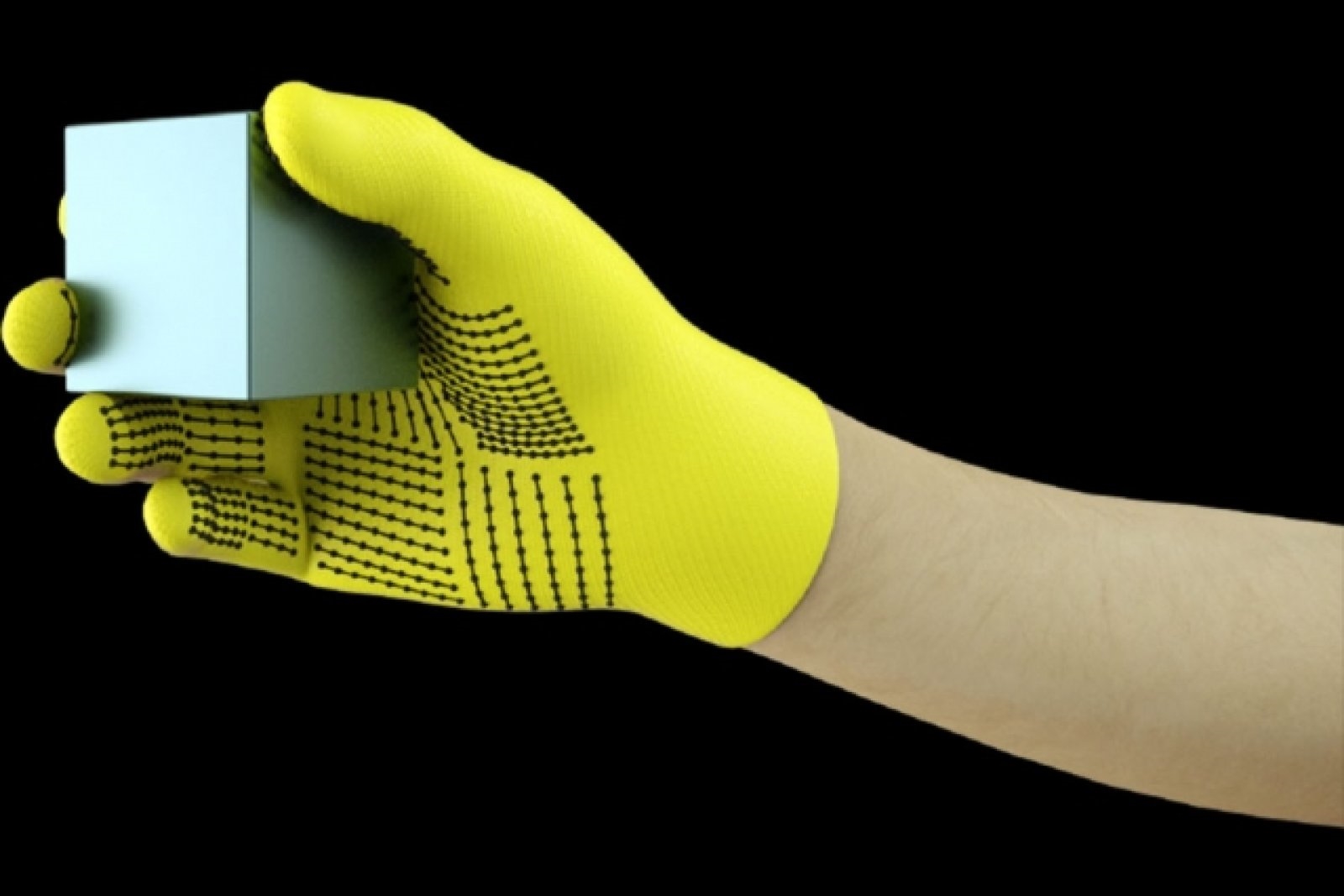 Researchers have spent years trying to teach robots how to grip different objects without crushing or dropping them. They could be one step closer, thanks to this low-cost, sensor-packed glove. In a paper published in Nature, a team of MIT scientists share how they used the glove to help AI recognize objects through touch alone. That information could help robots better manipulate objects, and it may aid in prosthetics design.

The “scalable tactile glove,” or STAG, is a simple knit glove packed with more than 550 tiny sensors. The researchers wore STAG while handling 26 different objects — including a soda can, scissors, tennis ball, spoon, pen and a mug. As they did, the sensors gathered pressure-signal data, which was interpreted by a neural network. The system predicted the objects’ identity on touch alone with up to 76 percent accuracy, and it was able to predict the weight of most objects within about 60 grams.

The data also allowed researchers to see how different regions of the hand work together. For instance, when someone uses the middle joint of their index finger, they rarely use their thumb. Information like that will be critical to helping robots handle items, and it could help customize prosthetics to specific tasks and objects. “We’ve always wanted robots to do what humans can do, like doing the dishes or other chores,” said MIT researcher Subramanian Sundaram. “If you want robots to do these things, they must be able to manipulate objects really well.”

This isn’t the first glove to gather pressure data in this way, but most cost thousands of dollars and contain closer to 50 sensors. STAG is made from commercially available materials, and it costs a mere $10 to produce. The glove is laminated with a conductive polymer, which changes resistance to applied pressure. Researchers sewed conductive thread through holes in the polymer, and the threads overlap in a way that turns them into pressure sensors.

This follows on the heels of MIT’s “RoboRaise,” which studies muscle activity so that robots can help humans lift things. And it adds to MIT’s other technology, like that which can control robots with brain signals and hand gestures. As this team perfects STAG, it will likely combined the glove with others sensors to give robots an even better sense of what they’re handling.