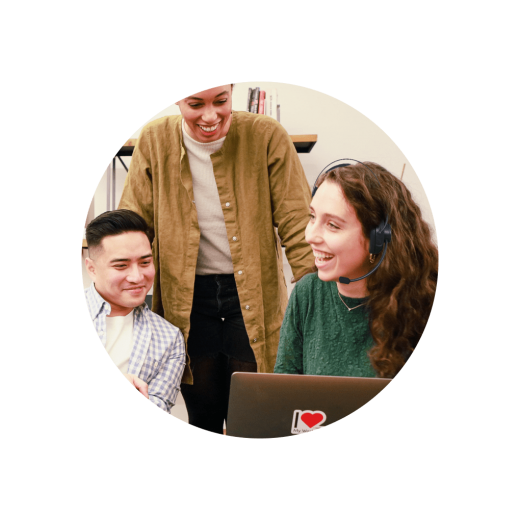 Why the marketing organization at healthcare improvement company Premier, Inc. decided it needed a new way to work.

In the first part of this two-part article, learn why Premier Inc. decided to transition to agile marketing. The second part of the article will explore how they made the change.

Just before the global pandemic unfolded, Premier, Inc. set out to transform its marketing department to agile. It started with one pilot team and a lot of experimentation during the early days of the pandemic, using agile marketing as a vehicle for quick collaboration and communication to healthcare professionals about COVID-19.

Less than two years later, with the addition of additional teams and staff, the entire marketing department is embracing the agile mindset and practices, with talk about expanding agility to other parts of the company.

Traditional silos were slow and inflexible

Before agile and within marketing, work was vastly different at Premier than it is today. Employees were organized into silos by functional specialization, a great deal of time was dedicated to long-term multi-year marketing plans, customer feedback was  received formally on a quarterly and annual cadence, campaign metrics were sometimes difficult to obtain from several different data sources, and success was defined by meeting annual, pre-wired marketing goals..

Suddenly, the marketing department was faced with both a structural reorganization, consolidating several of the siloed verticals that previously had leaders in functional areas such as MarCom, Design and Strategy, into one team led by Kaycee Kalpin, VP of Marketing, and an immediate shift to a remote work environment.

“We were so used to going to market with campaigns that were designed based on the way they were organized internally. In order to shift and go to market based on the needs of the customer, we needed to make these structural changes,” says Kalpin. 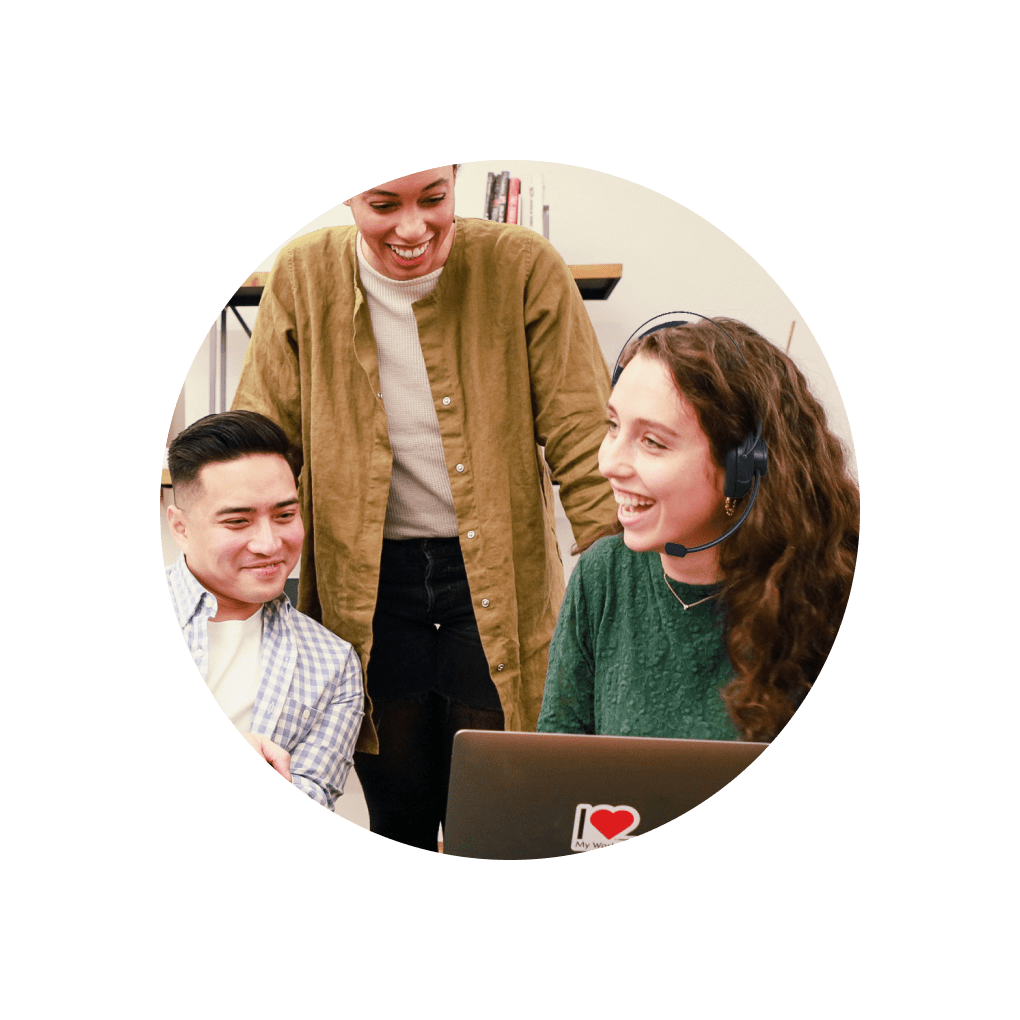 In need of a new way to work

With Kalpin’s new leadership role, she needed to figure out very quickly how to get everyone to work together to be successful. “Without disrupting a lot of reporting structure, I wanted to create a matrixed environment where they could work in a less business-centric way and a more customer-centric way,” says Kalpin.

Another obstacle Kalpin faced as a new VP was addressing employee morale because they were all spread so thin across an entire portfolio of work. “In order to increase morale we needed to really break down the work and give them some achievable sprints,” she said.

The marketing department needed to support diverse and growing businesses, and to do more with less, so they knew their current operations wouldn’t suffice. “We had to do so much more with what we had, so I knew we needed a new design,” says Kalpin.

The organization was in a place where they all knew they needed to change, and recent acquisitions and the integration of new employees created an opportunity for rebuilding the culture with a new way of working that would be more customer-centric with campaign delivery, improve morale and allow them to do more with fewer resources.

Why agile marketing was chosen

“As a leader, I knew we needed to work in a more customer-centric way. I was inspired by the article in MarTech, ‘It’s Not About Your Company: Why Modern Marketers Need to Be Customer-Centric.’ I was familiar with agile in software, but didn’t realize it could also be applied to marketing,” says Kalpin.

Kalpin did a lot of research on methods, but agile marketing offered much of what she knew the company needed — the ability for smart, timeboxed goals, working in smaller chunks and being able to feel and celebrate success early and often.

Getting buy-in for agile marketing

In paving the way for agile marketing, Kalpin had to get buy-in both from within the department as well as with the larger organization. She said that proving out the concept with the pilot was key for getting the marketing department on board, then scaling slowly to bring in additional teams.

Within the marketing department, getting buy-in came fairly easily. “We all knew that we needed to change. The integration of new organizations created so many opportunities to start new. Moving from a culture of siloed Centers of Excellence to a culture of customer-centricity and working in an agile way to serve the needs of the customer meant a culture change, and we were at the right time as a division,” says Kalpin.

Kalpin shared that most of her staff liked the idea of agile marketing and modernizing the way they worked. “They were excited to get to work on different things and color outside of the lines a little bit,” she says.

However, getting people outside of Marketing, such as stakeholders and other departmental leaders on board took more time and effort. “From an organizational standpoint, it took data. We had to say in a really disciplined way that we can only take on this much work, but our results will be so much better. We proved it out through a series of sprints, projects and campaigns,” says Kalpin.

As an example of campaign performance, when they had multi-year campaigns with tactics built in, they only measured performance on an annual basis. Whether or not they reached their goals wasn’t realized until it was too late.

“We asked our internal clients to start by giving us their overarching business and growth goals. With that flexibility we were  able to go to market with some minimally viable tactics quickly, measure them, learn from them and refine it in order to reach or exceed those overarching  goals,” says Kalpin.

A big hurdle to overcome in a large or traditionally-minded company is to trust marketers enough to give them the freedom to advise on the best tactics for the problem, rather than assigning tactics to the teams.

Then, allowing these teams to be wrong and experiment can be even scarier. However, without this level of trust, companies often find themselves embracing a new process, but not truly benefiting from agility.

At Premier, they knew that the only way to build this trust was with full transparency into the way the agile marketing team worked.

“In the early days, we gave them {stakeholders} full visibility into our pre-sprint planning and post-sprint look back. We would invite them into our sessions, we’d give them visibility into our boards so that at any time they could tune in and see the tactics and assets and even leverage them if they wanted to,” says Kalpin.

At Premier, having stakeholders at the table did, at times, slow the process down.. “We picked our battles, which may have led to a slower adoption, but it led to a lot of trust in the process,” says Kalpin.

“Having our business partners exposed to something that they think is half-baked and minimally viable, then giving them visibility into the data and how we use it for refinement, helped them see the benefits of the test-learn-refine aspects of agile,” says Kalpin.

“From the beginning, we promised full transparency into the process. We also gave them visibility into the methodology, whether we were assigning points or prioritizing based on level of effort. By being involved, they had some level of co-ownership and a business voice at the table helped us prioritize not only on marketing level of effort, but business value,” says Kalpin.

Today, the stakeholders are out of the day-to-day, rarely check the boards (Monday.com is how they manage their work) and for the most part trust the marketing teams to take their goals and find the appropriate tactics.

Premier’s marketing team is thriving today with a culture of experimentation and learning, while making data-driven decisions. They currently operate using real-time dashboards on the pipeline, leads and conversions and invested in Datorama to move from old-school status updates, which are slow and quickly out-of-date, to being able to see work in the market at any point in time.

“Because agile gave us a hunger for real-time data, we are now able to provide so much more insight back to the business,” says Kalpin. “Unlocking a lot of the data sources was one of the first things we had to tackle,” she adds.

“Instead of updating stakeholders on an annual marketing plan or holding a quarterly marketing  review, we do showcases of work in the market, how it worked, how it didn’t, how we refined it and how we’re scaling it across use cases. Every touch point is different because we’ve got new and innovative ways to share information,” says Kalpin.

The marketing teams have several cadences of showcases from weekly to monthly. “On a weekly showcase we’re showing new assets in the market, which we were never able to do before. On a monthly basis, we‘re showing actual metrics on tactics and how they’re performing in the marketplace and on a quarterly basis we’re able to thread together campaigns to meet our goals,” says Kalpin.

The post Modernizing healthcare marketing with agility: A deep dive into agile transformation at Premier, Inc. appeared first on MarTech.

Stacey knows what it’s like to be a marketer, after all, she’s one of the few agile coaches and trainers that got her start there. After graduating from journalism school, she worked as a content writer, strategist, director and adjunct marketing professor. She became passionate about agile as a better way to work in 2012 when she experimented with it for an ad agency client. Since then she has been a scrum master, agile coach and has helped with numerous agile transformations with teams across the globe. Stacey speaks at several agile conferences, has more certs to her name than she can remember and loves to practice agile at home with her family. As a lifelong Minnesotan, she recently relocated to North Carolina where she’s busy learning how to cook grits and say “y’all.”