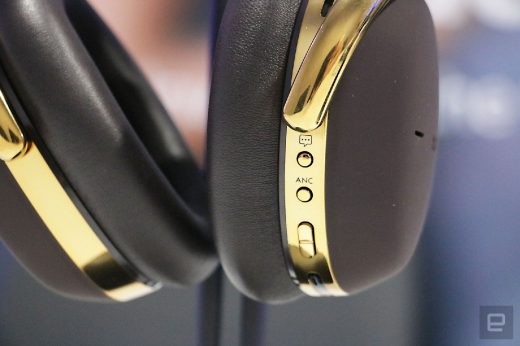 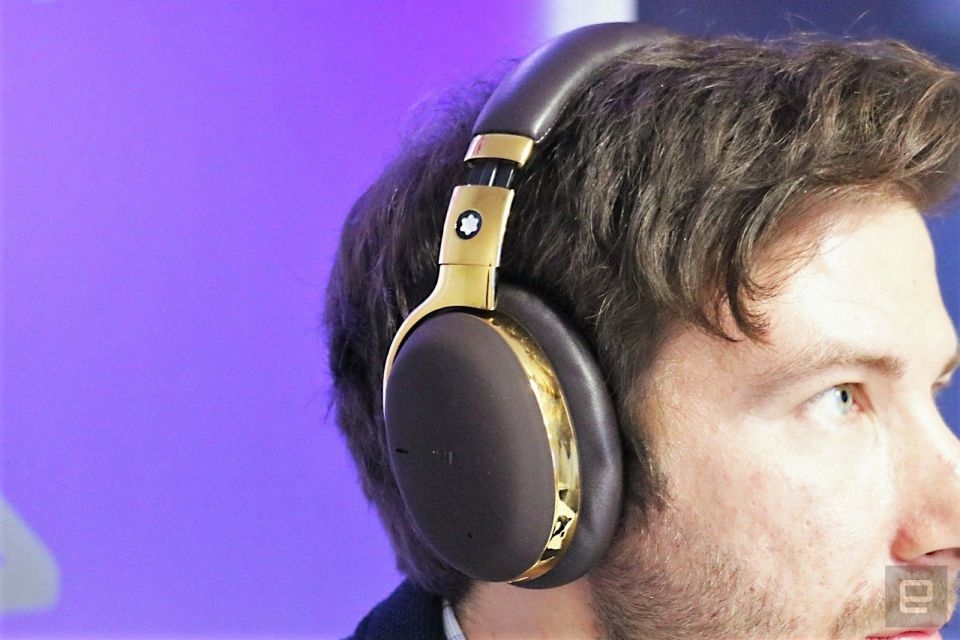 Montblanc is relatively seasoned when it comes to making smartwatches. After launching its debut connected watch in 2017, the company was the first to ship a device with Qualcomm’s Snapdragon Wear 3100 in the Summit 2. So it’s no surprise that Montblanc has an updated version of its luxury smartwatch to announce. What’s unexpected, though, is that the luxury house is also launching a new set of wireless headphones.

Because it uses the Snapdragon Wear 3100 chipset, the Summit 2+ offers some battery-extending modes that disable most smartwatch features save for displaying the time. When enabled, it’ll squeeze an extra three to five days of juice out of the 410mAh battery (slightly bigger than older generations). That should otherwise last you about one or two days, based on my prior experience with similar Wear OS devices, though the cellular connection may shorten that.

The nice thing about the Summit 2+’s LTE service is that it uses eSIM and you can set it up with any supported carrier via the app store or on the watch itself. For now, the Summit 2+ will only work on Verizon’s network. 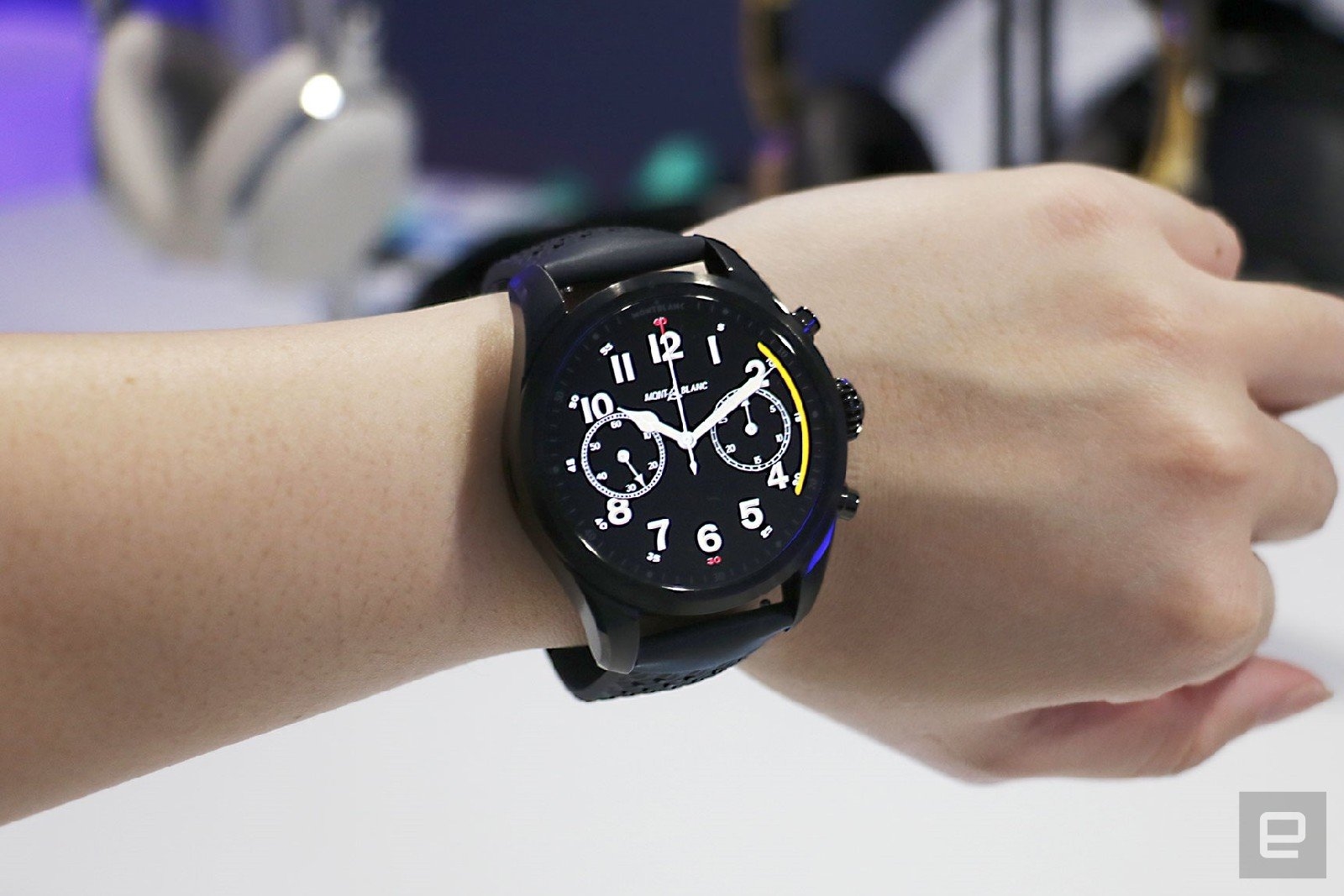 Under the flourescent lights at my briefing, the Summit 2+’s 1.28-inch display was easy to read, and Montblanc’s custom faces gave the watch an elegant appearance. On the underside of the case is what the company said is an improved heart rate sensor with a new chipset and algorithm that allows it to now measure stress levels. You can check your readings via Montblanc’s Stress app on the watch. The company also made a new Travel Info app to serve up relevant information about your destination, and offer voice translations.

Few of these features are truly outstanding or groundbreaking as plenty of Wear OS watches offer similar via third-party watch apps. Montblanc’s focus on its jetsetting customer will certainly appeal to its existing fans, who are more likely to shell out the $1,170 for this watch than most of us would, anyway.

The more surprising launch today is the Montblanc Smart Headphones. A company spokesperson told Engadget that when it looked at its target group — mostly male travelers with luxury business lifestyles — it found that they wanted a premium noise cancelling headphone. To cater to their expensive tastes, the new Montblanc headphones are made of materials like sheep leather all over the frame. The cans themselves are made from silicone that the spokesperson said was easily wipable.

Like most travel headphones today, the Montblanc set offer both passive and active noise cancelling. I noticed an immediate muffling when I put on a demo unit, and enjoyed surprisingly full, clear audio quality when I played a few K-pop tracks like I am the best by 2NE1. I used the physical buttons on the edge of the cans to control music and toggle noise cancellation and pass-through modes. There’s also a dedicated key for summoning the Google Assistant (sadly, Siri support isn’t available yet), and the headphones fold neatly inwards and come with a compact carrying case for easier transport.

Montblanc is clearly not well-known for its audio chops, and the company didn’t work on this product alone. It tapped external consultants like sound expert Alex Rosson, alongside “an experienced team of award-winning engineers and designers” to develop the headphones. Since the device is meant to last you through long-haul flights, comfort and battery life are key. The spokesperson told Engadget you can expect about 20 hours of juice on these headphones, which should last you through most international flights. 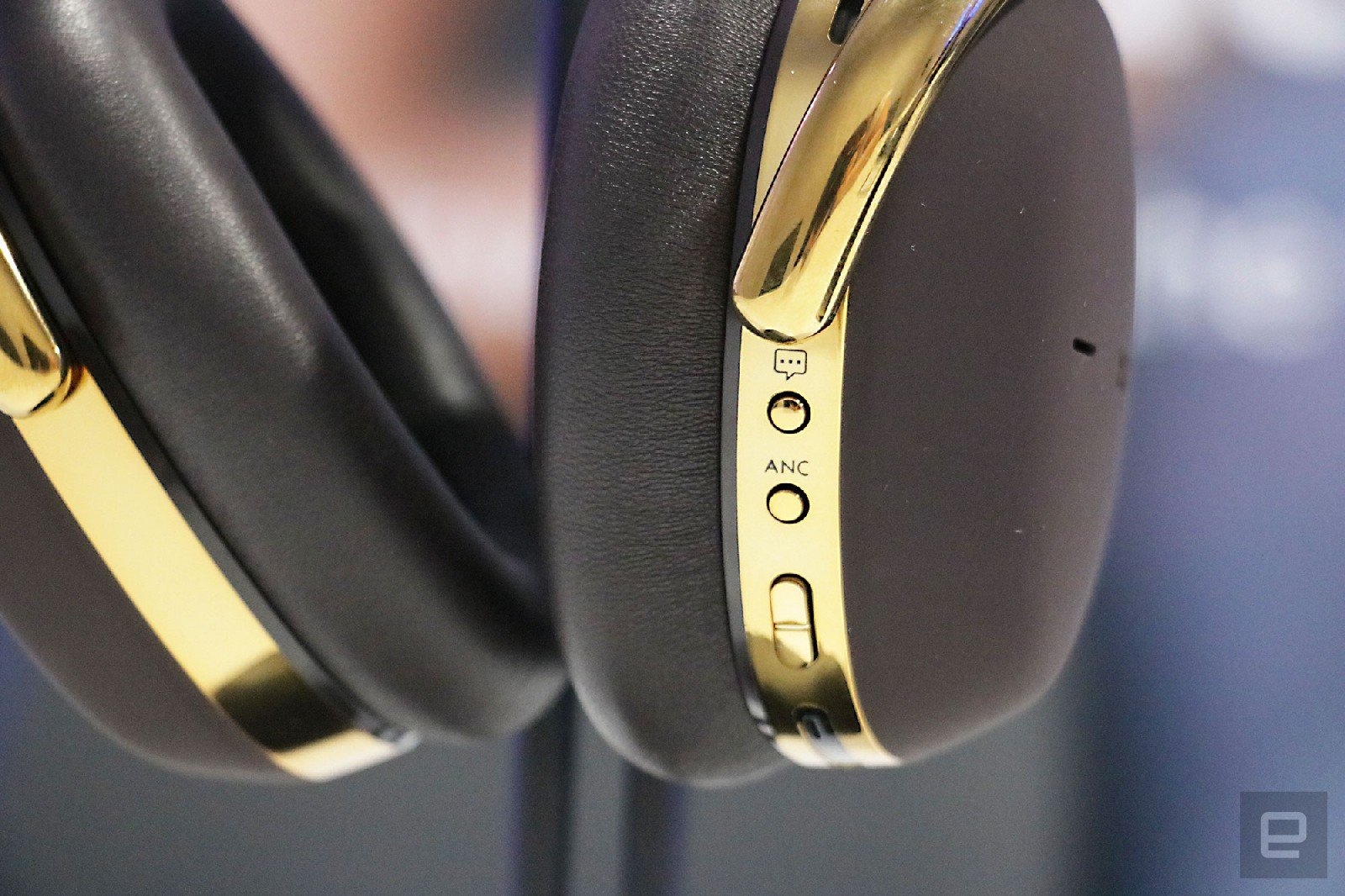 During my time with a demo unit, I found myself taken with the design as well as the comfortable feel of the soft, squishy leather. I also liked the on-can button control, sleek lines and the noise cancellation was adequate for my needs. But I’m not the sort of person Montblanc is after — I wouldn’t drop the $595 that the company is asking for this thing, especially when a comparable alternative from, say, Marshall, costs about half that.

Although the company is aware it faces stiff competition from more-reputable audio brands in this space, its spokesperson emphasized Montblanc’s experience in the travel industry. “Those are great headphones for, say, a short New York commute. But this is something you can wear for 20 hours — a long-haul flight,” the spokesperson said. “The premium design is (also) very hard to achieve in this use case.” To be clear, Montblanc isn’t the first or only luxury brand to make its own headphones. Ermenegildo Zegna also sells a pair for $650.

If overall comfort, quality and 20-hour battery life are important to you, the Montblanc headphones might be worth considering. But those who have already pledged allegiance to Sony, Bose, Sennheiser, JBL or the wealth of other brands in the space are probably hard to sway. Torn? Take a look at our wireless headphone guide before you take out your wallet.

Let’s start with the smartwatch. The Summit 2+ is a $1,170 Wear OS device that comes with LTE connectivity onboard. It bears a striking resemblance to Montblanc’s earlier smartwatches, except it’s now slightly bigger with a 43.5mm case compared to the older 42mm size. There’s also a new vintage design available with a bronze case and 22mm green strap. Given it has to house cellular radios and onboard GPS, the slight increase here is reasonable. When I strapped on a demo unit of the Summit 2+, it did feel chunky on my relatively small wrist, but it didn’t feel uncomfortable.