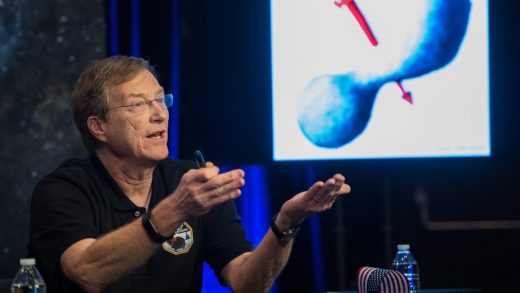 NASA’s New Horizons brings Ultima Thule into focus, and it looks like a dying snowman

This is pretty far out.

NASA just released the first clear images of Ultima Thule, the most distant object ever explored by a human spacecraft, which is now traveling in the far-off reaches of the Kuiper Belt. Ultima Thule is what NASA describes as a “contact binary,” meaning it is made up of two previously separate objects that are now bound together as one. (Kind of romantic, really.) In a clip shared on Twitter from NASA TV, Ultima Thule–which stretches about 20 miles–looks a bit like a half-melted snowman, although that’s admittedly a crude description, as NASA scientists are still analyzing data to determine its properties.

The images come courtesy of NASA’s New Horizons spacecraft and its New Year’s Day flyby. The craft is equipped with a high-res “long-range reconnaissance imager,” which offered the best indication yet of Ultima Thule’s size and shape.

Meet #UltimaThule! What you’re seeing is the 1st contact binary ever explored by a spacecraft. This object, which we can now see is a contact binary, used to be 2 separate objects that are now bound together. Watch for more @NASANewHorizons science results https://t.co/ZuxLDtzW9c pic.twitter.com/uF9VfgN4Fh

In addition to the clip, NASA also shared an artist’s rendering, along with a theory about how Ultima Thule could have formed over time, beginning with a rotating cloud of icy bodies. And the metaphors write themselves! 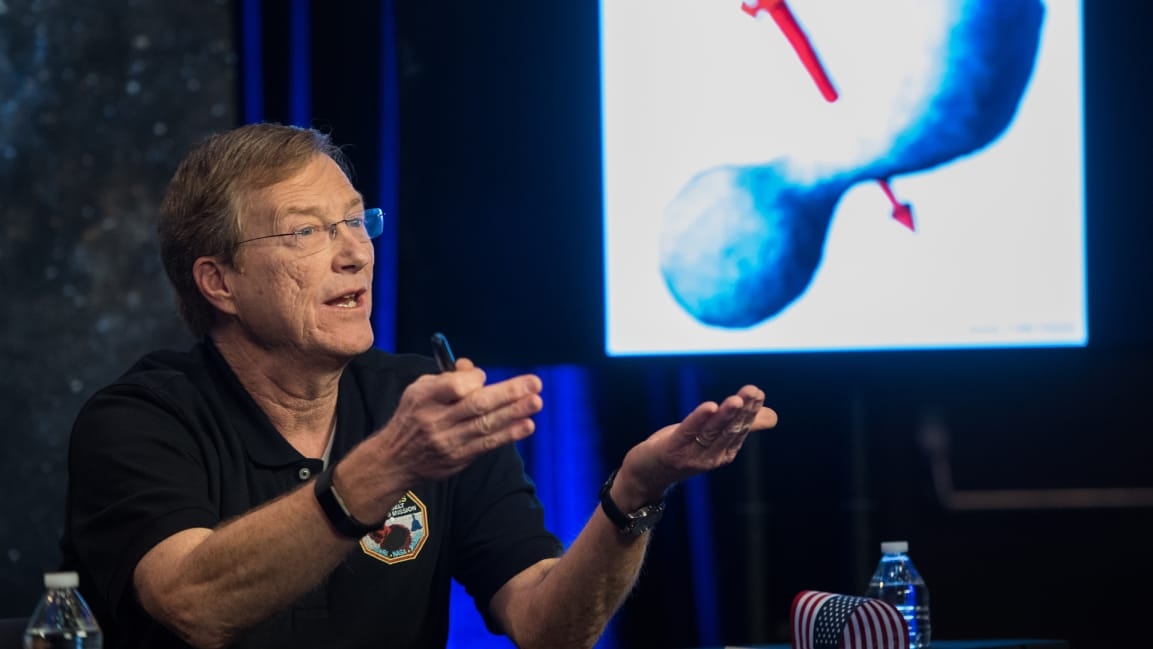