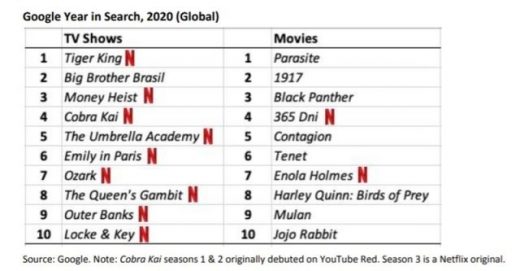 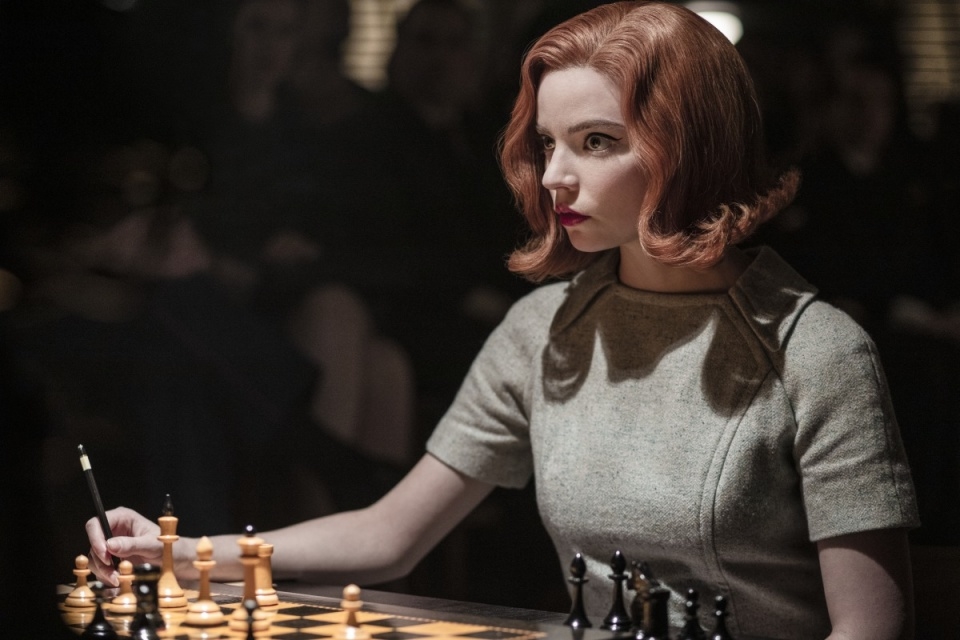 Netflix also plans to roll out the shuffle play feature that picks something for you to all of its customers in the first half of this year. The streamer projects that its French heist series Lupin will notch 70 million views by the end of its first 28 days, and said that over 100 million people have watch The Crown since it launched. Other hits in 2020 included Tiger King and The Queen’s Gambit, with 62 million viewers in four weeks.

That came as competition increased, with Disney+, HBO Max and Peacock all arriving with backing from the company’s main competitors, and Paramount+ poised to lead the charge in 2021. Executives are pushing forward however, and the letter claims Netflix has over 500 titles in post production or preparing to launch.

Perhaps most notably for investors, the company, which has raised billions in bonds to finance its original content flood, said “we believe we no longer have a need to raise external financing for our day-to-day operations.” Between all of those new customers and several price hikes, Netflix is now “very close to being sustainably FCF positive,” and expects to be flat for 2021. 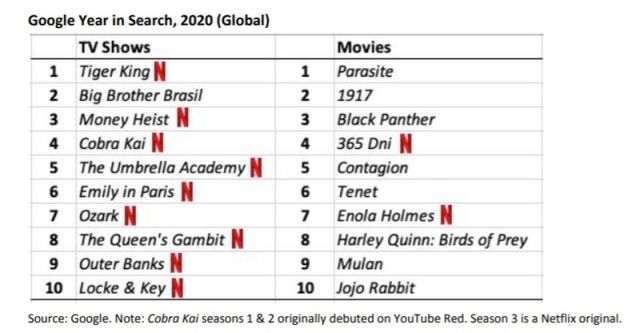