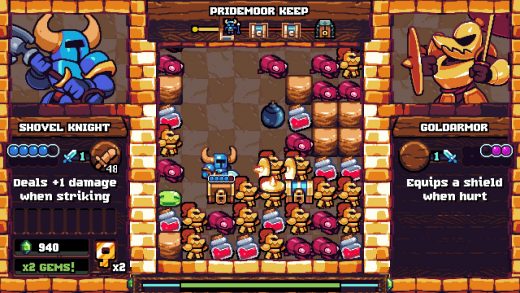 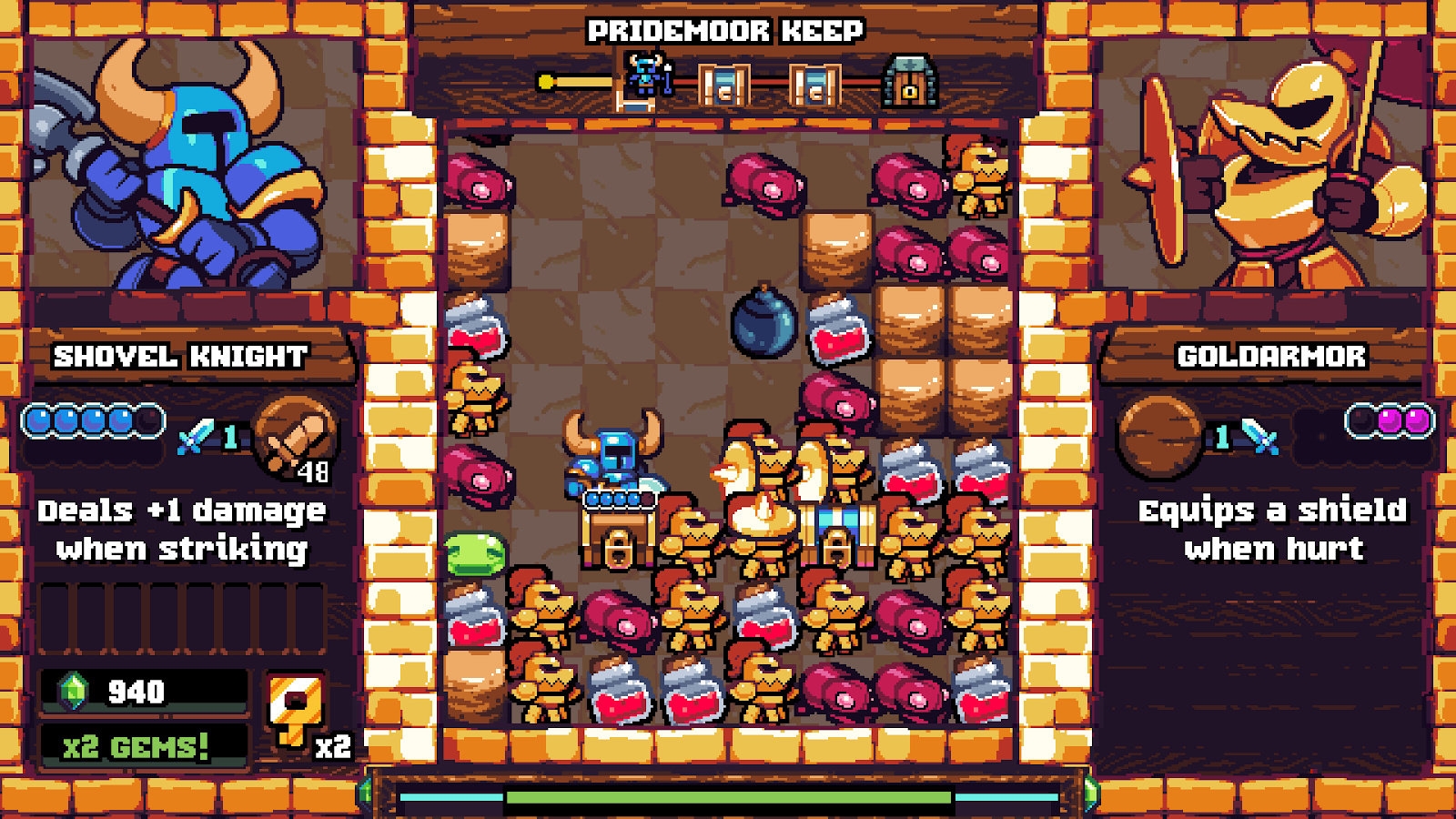 Shovel Knight is getting a second spinoff, and like its first, it’s far from being an action-adventure platformer like the original game. Yacht Club Games and indie game developer Vine are working on a new title called Shovel Knight Pocket Dungeon, a falling block puzzle game that may remind you of Tetris or Candy Crush. If you’ll recall, the developer also announced a spinoff entitled Shovel Knight Dig last year, but the gameplay mechanics for that one entail having to dig underground to go after the bad guys.

Yacht Club says Pocket Dungeon will have a dungeon-crawling twist, allowing you to control a hero within the puzzle and featuring monsters from the Shovel Knight universe. In addition to grouping identical foes together for chain attacks, your hero can also bump into enemies to trade damage and grab keys, power-ups and potions that fall from the top of the screen.

The game has several modes to choose from, including a story mode and a versus mode, so you can play against friends if you want. Unfortunately, the developers didn’t say when the game will be available and what platform it’s for. The word “pocket” (as VentureBeat notes) implies it’s for mobile devices, though — and besides, its gameplay is perfect for smaller screens.

You can watch a preview of Pocket Dungeon below: