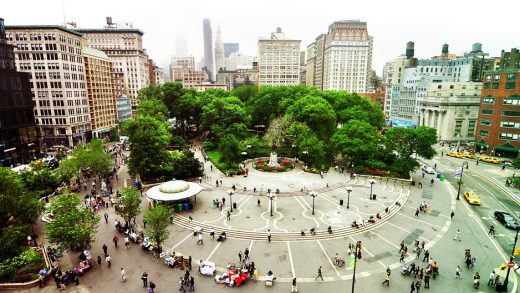 Until now, New York City’s technology community has led a nomadic existence—meetups in startup lounges strewn with pizza, incubators operating out of empty corporate cubicles. There were opportunities to learn, make connections, and find work, but they were often hidden in the gated warrens of “Silicon Alley,” a loose term for the corridor connecting the city’s Flatiron District, Union Square, and Chelsea.

A new 254,000-square-foot project, steps from Union Square and scheduled to break ground in 2018, could change all that. Dubbed 14th @ Irving, it will feature classrooms and meeting spaces on the lower floors and flexible office space, designed for early-stage companies, spread across a dozen higher floors. At street level, there will be a food hall for New York-based startup vendors, managed by Urbanspace. (Current tenant P.C. Richard & Son is consolidating and will occupy the basement.)

For Deputy Mayor Alicia Glen, who oversees housing and economic development in the city, the $250 million project is an opportunity to create a central convening point for technology training and networking, open to all, and at the same time help young companies. “We’re really focused on space, we’re really focused on talent,” she says, during an interview at her City Hall office. “That is the number-one thing I hear from business leaders: We simply don’t have enough human beings to fill those jobs.”

Through partnerships, the city has made modest progress in training New Yorkers for those jobs. With 14th @ Irving, it will be able to accelerate that effort. “There are a lot great kids at Harvard, but there are really great kids at Queens College,” Glen says. “If we can make sure [local students] have not just technical skills, but can get in the door at Etsy, at Goldman, at Facebook—they’re going to perform.” Investments like this development, she argues, “are not only good for business but good for the kids who are here and deserve a chance.”

Anchor tenant Civic Hall, which teamed up with developer RAL for its winning proposal, will be responsible for managing the many education partners, including General Assembly and Coalition for Queens, that the city envisions will play a role in the new space.

“The idea is to create a fully integrated innovation hub at the crossroads of New York City’s central innovation district that would allow all New Yorkers to develop digital skills and engage,” says Civic Hall founder and CEO Andrew Rasiej.

In keeping with his organization’s mission, Rasiej plans to collaborate with neighborhood partners that serve the homeless and other disadvantaged groups. “Technology for the public good, which we call civic tech, doesn’t work unless we build with, not for, the people we’re trying to serve.”

14th @ Irving will open its doors in 2020, following two years of construction, if all goes according to plan. 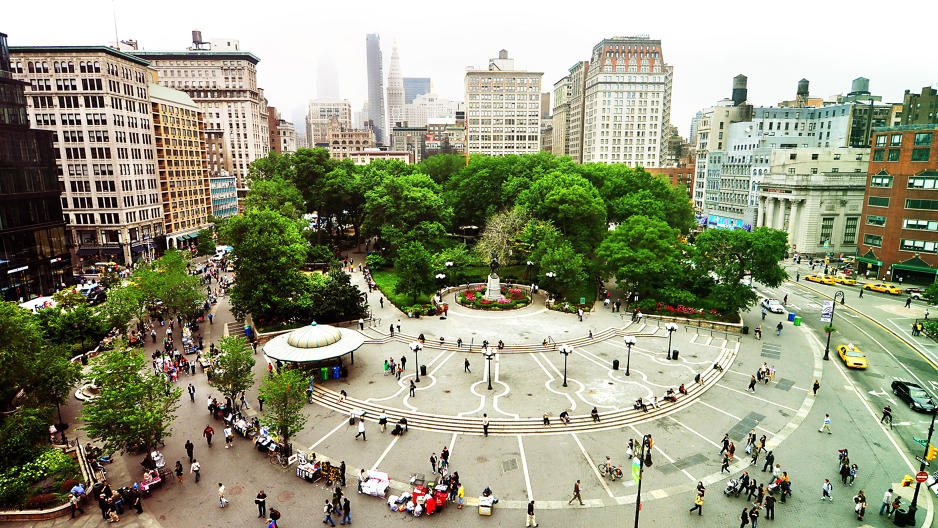