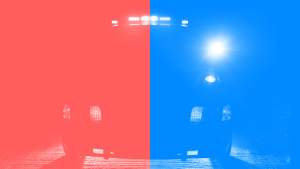 In 2012, as George Zimmerman was making the rounds through a Stanford, Florida community as a neighborhood watch volunteer, he fatally shot 17-year-old Trayvon Martin. That was in February; later that year, on the first Tuesday in August, police precincts across the country hosted, as they have done since 1984, National Night Out–an event sponsored by the National Association of Town Watch and intended to raise awareness of law enforcement’s duty to prevent crime.

For many, Martin’s shooting cast doubt on the idea that police and neighborhood-watch programs are what keep communities safe. And one night of police-sponsored block parties and barbecue does not, says Zaineb Mohammed, communications director for the Ella Baker Center for Human Rights, “does not address the systemic problems of police brutality in this country.”

Zachary Norris, the executive director of the Ella Baker Center, an Oakland-based social justice nonprofit focused on alternatives to incarceration, launched the counter-event Night Out for Safety and Liberation (NOSL) as an alternative to National Night Out in 2013 in collaboration with the nonprofit Justice for Families. NOSL, which has been ongoing since, is not an anti-police event, Mohammed says, but it does recognize that “for a lot of communities of color, the presence of police can be very threatening, and can bring a layer of trauma to an event.”

Around 30 million people attend National Night Out gatherings; just around 30 cities host the smaller, alternative NOSL events. The focus at the latter, Mohammed says, is “to change our limited definition of public safety, and expand it out from law enforcement to include more things that actually do keep us safe, like living-wage jobs, having access to healthy food, healthcare, affordable housing, and education–all of those things are actually what makes our communities safe from the inside out.”

This year is the first that NOSL organizers have released a discussion guide for how neighbors coming together at the event can begin to talk about public safety. The guide directs people to ask each other: When was the last time you called the police? When you see police in your neighborhood, what’s your reaction? “Oftentimes, the first people think to do when they feel unsafe is to call the police,” Mohammed says. “This is an opportunity to talk about what impact that might have on other people in the community who are threatened or made uncomfortable by the presence of law enforcement, and to have this event be a starting place for some of those hard conversations.”

They are also conversations that have taken on an added urgency this year. Attorney General Jeff Sessions has pledged to enforce tough-on-crime policies and harsh sentencing measures that could land people in jail for nonviolent offenses like drug possession; Donald Trump’s anti-immigration litany has mobilized Immigration and Customs Enforcement to double down on identifying and rounding up undocumented immigrants for deportation. Relying more heavily on local law enforcement officers to carry out arrests and deportations has become commonplace.

“Those things are weighing very heavily on people’s minds this year,” Mohammed says. “And the Trump administration has cultivated this idea that we should all be afraid of each other. That’s part of what Night Out for Safety and Liberation is trying to change; we don’t want people to be afraid of their neighbors. We want people to get to know others in their community and build relationships and compassion–that, not always seeing each other with suspicion, will lead to greater safety.”

In the South Bronx, New York, Cindy Martinez is heading up the team planning an NOSL event through Enlace, an international alliance that promotes racial and economic justice. It’s the nonprofit’s third year planning an NOSL event in conjunction with the New York Workers Center Federation (NYWCF), but the first with the Freedom Cities initiative, a collaboration launched on Trump’s inauguration day between NYWCF and a handful of other local organizations working against mass incarceration and over-criminalization.

The South Bronx, Martinez tells Fast Company, has seen a spike in police brutality as gentrification has spread through the neighborhood. But there are also, she adds, a number of groups working to combat those issues and create a sense of safety and community. In a local park, representatives from those groups will have a chance to talk to residents about their work at the NOSL event, and then, Martinez says, everyone gathered in the park will march to the nearby police precinct as an action against the National Night Out.

“One day a year of hosting a block party and trying to reach to our community by putting up a bouncy castle for our children doesn’t make up for the other 364 days of the year when that’s not happening–when we see ongoing murders by the police in our community, and see the effect of mass incarceration on our families,” Martinez says.

Like the event in the Bronx, the other NOSL events happening in communities offer a chance to highlight localized efforts to promote safety beyond policing. Leading up to the event, the Ella Baker Center has begun an online conversation with the hashtag #SafetyIs to those diverse efforts together in one place. While both Mohammed and Martinez acknowledge that it will take a larger effort and cultural shift to get to a point where cities can exist without the scrutiny of law enforcement, NOSL is one day out of the year that drives home just how possible–and how much more beneficial–it is.

NOSL–a community-centered response to the police-sponsored National Night Out–has been redefining safety beyond law enforcement since 2012. This year, it’s even more important.

In 2012, as George Zimmerman was making the rounds through a Stanford, Florida community as a neighborhood watch volunteer, he fatally shot 17-year-old Trayvon Martin. That was in February; later that year, on the first Tuesday in August, police precincts across the country hosted, as they have done since 1984, National Night Out–an event sponsored by the National Association of Town Watch and intended to raise awareness of law enforcement’s duty to prevent crime. 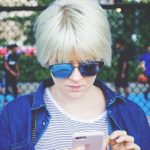 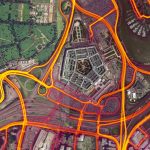 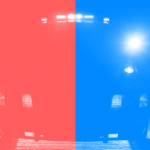 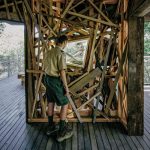 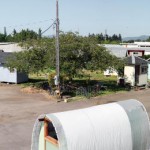 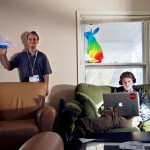