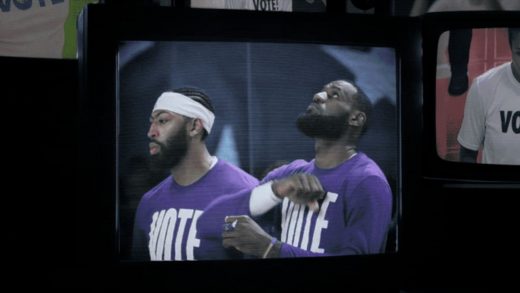 Nike is the latest brand to push voting. Does anyone care?

With just over a week until election day, Nike has launched the newest ad in its ongoing “You Can’t Stop Sport” campaign. Created by Wieden+Kennedy, directed by Hiro Murai, and narrated by Regina King, the spot is littered with high-profile athletes like LeBron James, Naomi Osaka, Odell Beckham Jr., Sue Bird, Ja Morant, A’ja Wilson, and Tim Anderson.

But the real star is you and your voice.

It’s not about hyping hoops, running faster, or playing better. The celebrated action here is voting.

With references to the pandemic, unemployment, and other issues, we hear voices saying things like, “Voting is power,” “Right now, it’s what’s necessary,” and “You don’t need to be a star to have a voice.”

It’s the latest example of how the 2020 presidential election has found its way into the marketing strategy of major brands—a natural extension of corporations being (or at least giving the appearance of being) more engaged in issues like climate change, sustainability, racial inequality, and other social impact causes.

You can buy a T-shirt from the Gap with the word Vote emblazoned across the front.

You can re-create the steps to vote in Minecraft.

You can wear a “Vote” mask from Vistaprint, designed with the help of nine star WNBA players.

You can register to vote through Postmates.

You can watch a Run the Jewels concert and get voter info from Ben & Jerry’s.

You can get a ride to the polls with Nike and Lyft.

You can learn how to vote by mail from the cast of HBO’s Succession.

But just like any other issue, there is a broad spectrum of action (or lack thereof) when it comes to how brands are approaching this historic push to get out the vote.

Making voting cool has been an ongoing concern since MTV launched “Rock the Vote” in 1990. And yet voter turnout has pretty much remained around 50% since 1972. But that hasn’t stopped brands from trying. Since 2016, the go-to marketing mantra has been that brands can no longer afford to stand on the sidelines on certain issues. But over the last four years, many have found ways to appear engaged without actually doing anything, and many of today’s voting campaigns have that same whiff of noncommitment.

Many of the GOTV taglines are too vague to actually mean much. Under Armour has “Run the Vote.” Absolut has #VoteResponsibly. ViacomCBS went with “Vote for Your Life.” Crafting a GOTV message and donating some money to a grassroots organization is literally the least any brand can do.

You can’t encourage people to vote without giving your employees a paid day off on election day. Just as you can’t say “Black Lives Matter” if your executive team is all white dudes and your company has questionable hiring practices and a toxic workplace.

As on other issues, brands can take a page from companies like Ben & Jerry’s and Patagonia, which back up their more creative efforts with concrete action. Patagonia helped create Time to Vote, an initiative that encourages businesses to give employees time to vote, and the resources to make it happen. It’s now signed up 1,600 companies. Meanwhile, Ben & Jerry’s isn’t just having fun with Killer Mike and El-P, but also providing ways for people to check their voter registration status, register online, and get local election information.

Nike pitchman LeBron James is also leading the celebrity push, but with a lot more than a public service announcement. His More Than a Vote initiative is focused on increasing turnout among young Black voters and has invested in recruiting more than 40,000 poll workers, collaborated with political group Win Black to show voters how to spot false political statements on social media, and helped young people make a plan to vote. It’s also launched a merchandise line with 100% of the proceeds going to the Lawyers’ Committee for Civil Rights Under Law, focusing on combating voter suppression, rather than just spreading voter awareness.

Will any of the voter marketing make a difference? More than 53 million people have voted already, so maybe the constant drumbeat is working. That said, the record turnout could also be due to the raging pandemic, the unstable economy, the burning planet, and the fact that the current occupant of the White House isn’t interested in addressing those problems. 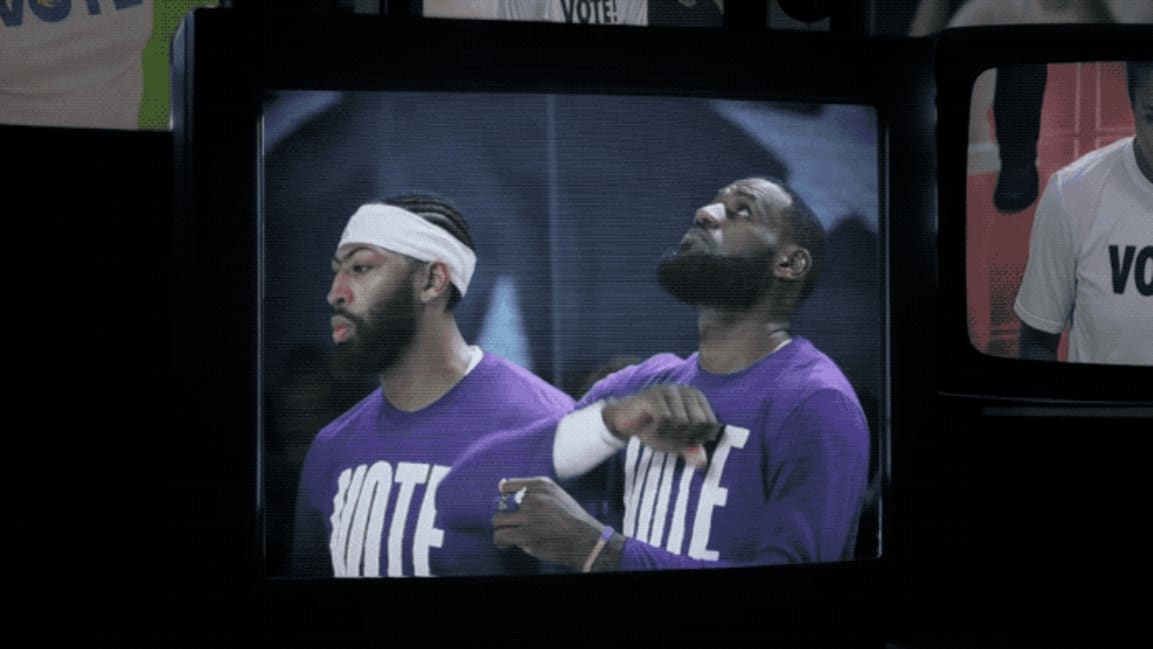