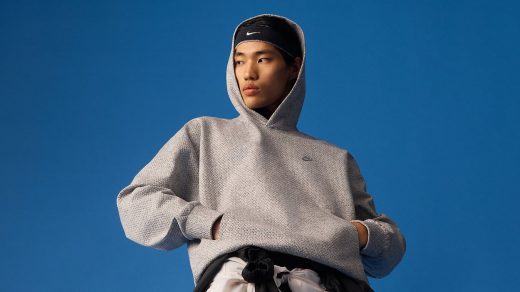 Five years ago, Nike decided to rethink apparel manufacturing: What would it look like if it were fully designed for sustainability? “We endeavored to start from scratch, bare bones, nothing,” says Carmen Zolman, vice president of innovation apparel design at Nike. “And then make every decision as if we were building apparel from the start with sustainability in mind, versus taking existing things and trying to make them more sustainable.”

That didn’t just mean thinking about factors like material and dye, but how fabric itself is made. Knitting or weaving a material normally involves a series of several steps, including making raw material into fiber, spinning it into yarn, knitting or weaving, and finishing. But the company has now developed a new simplified process—something it calls Nike Forward—to turn fiber into a textile with a smaller carbon footprint.

Nike’s innovation team looked to other industries for inspiration. “We were very intrigued by a method of manufacturing that we found in heavily industrial spaces, like automotive and medical,” Zolman says. An N95 face mask, for example, is made with a process called needle punching. (Felt is often made the same way.) The team realized that a similar process could make fabric for apparel. “At a very basic level, it’s fibers in, and fabric out,” she says.

On a large machine, a bed of hooked needles punches up and down through fibers, pulling them together. “Depending on the speed, density, etcetera, that we put it through on the machine, we can control the tightness, the fluffiness, the hand [feel] of the material coming out,” she says. “But it is literally just needles poking into fabric.” Over the past five years, the company developed a proprietary design for the needles, tweaking the shape, density, speed, and other factors to get the results it wanted.

The process also makes it easier to use recycled material, which can require more processing in traditional equipment. The first Nike Forward product coming to market, a gray hoodie available September 15, is designed without zippers or other extra parts, so when it wears out, it could easily be shredded, and the fiber could be reused in the needle-punching machine. “We did build it with that circularity in mind,” says Zolman.

The designers started with a hoodie because it’s an iconic symbol of sports apparel, Zolman says. But the process can be tweaked to make materials that are thinner, or smoother, or have other characteristics. (The fabric in the new hoodie doesn’t look or feel like traditional fleece; it’s thinner, more structured, and covered with a tiny dot pattern from the needle punching.) Nike plans to use the platform to make a range of new products in the future.

The company has a history of other innovations to improve sustainability; when it pioneered the use of digital knitting to make sneakers, for example, the process cut waste by 60% compared to traditional sneaker manufacturing. But its customers want it to keep going further. “Now that the athlete’s telling us that climate change is impacting their access to sport, we have no option but to act, and to represent our commitment to a better world,” says Zolman.

Update: After publication, Nike pushed the availability date back by one week.

About Everything Knew lowcarbon Manufacturing Nike Scrapped Sweatshirt This 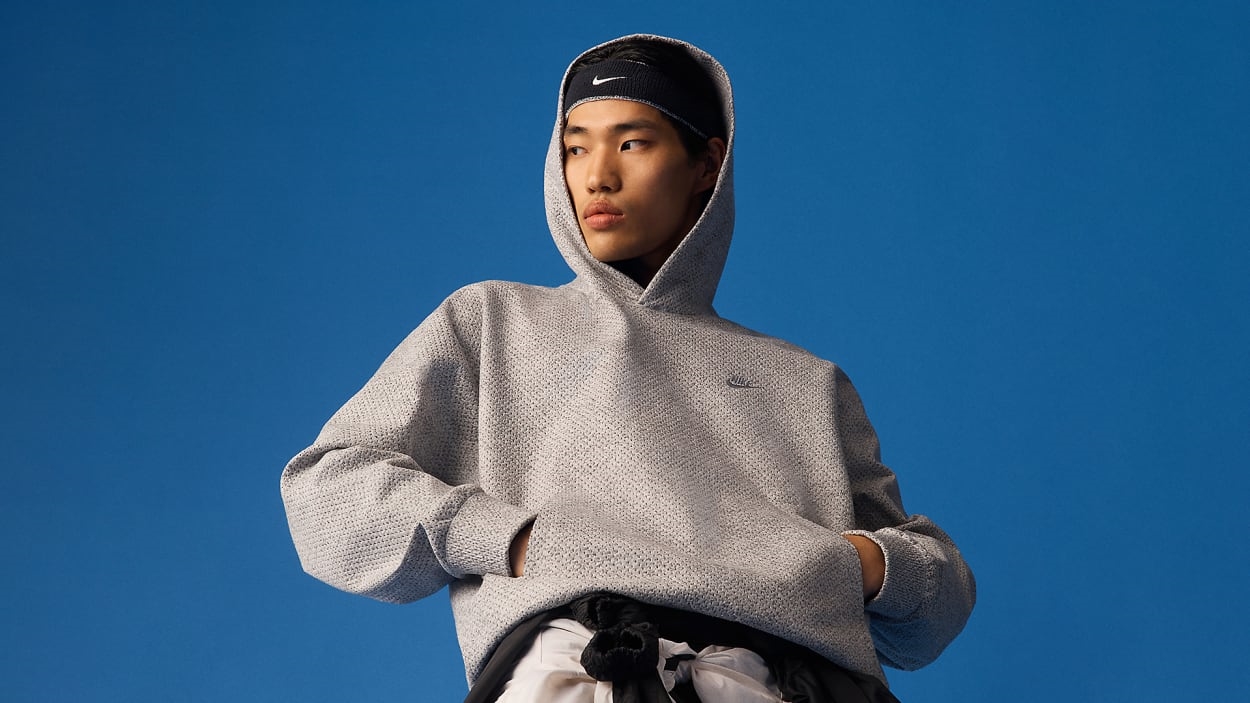