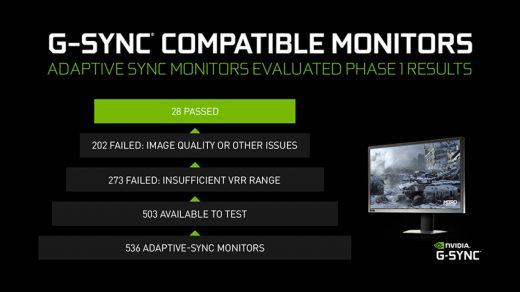 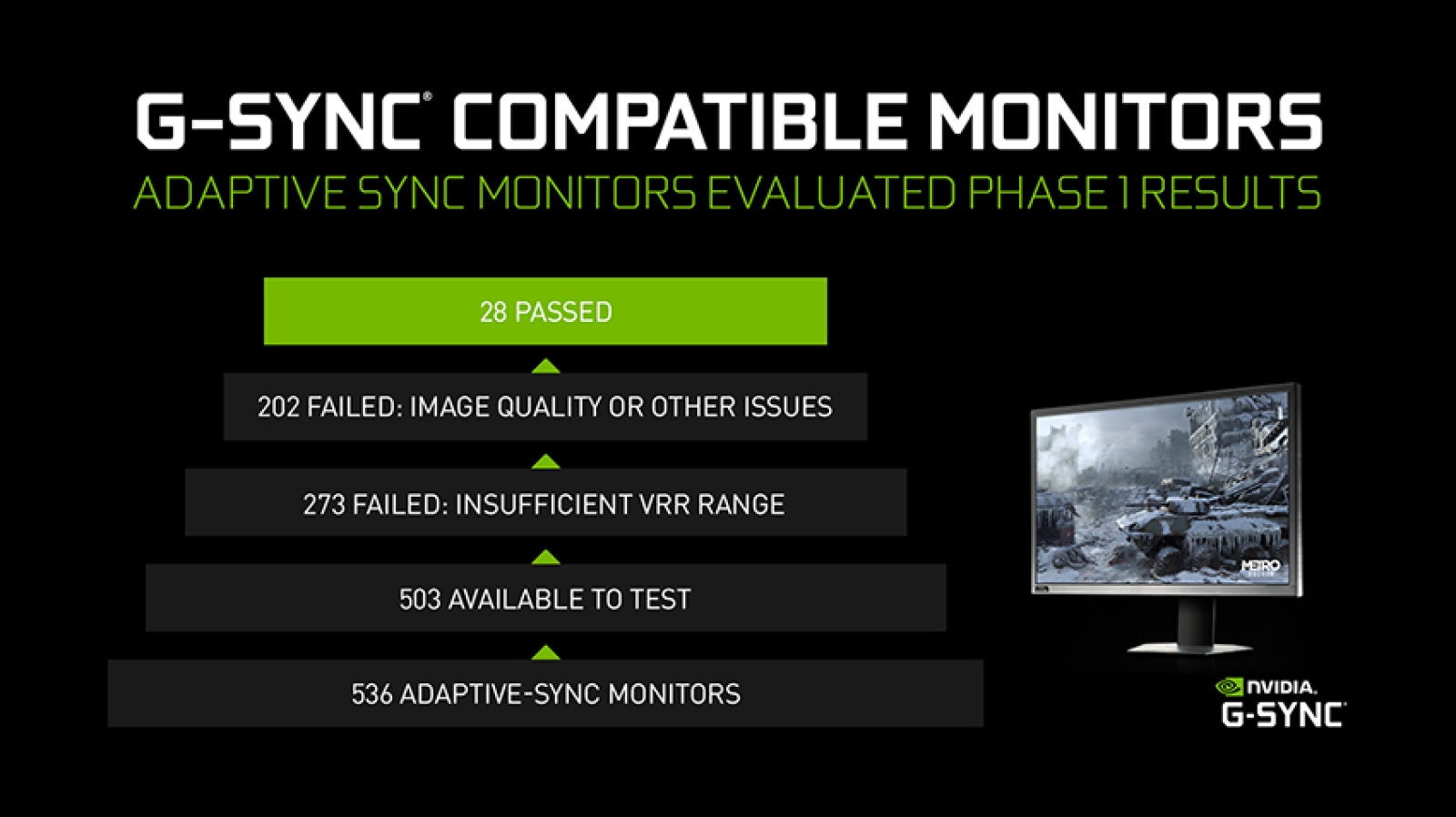 Earlier this year, NVIDIA began testing a wide range of gaming monitors to determine which play nicely with its GeForce GPU. Initially, the company tested 400 monitors and said only 12 met its standards. Now, NVIDIA has expanded its list of “G-Sync Compatible” monitors to 28. But, the company tested 503 variable refresh rate (VRR) monitors, meaning the vast majority (94.4 percent) failed.

Initially, NVIDIA said it would test monitors for a baseline VRR experience, that is, no blanking, pulsing, flickering or ghosting. Now, it claims 273 of the monitors it tested lacked the desired VRR range, meaning gamers were unlikely to get the benefits of the GeForce graphic cards. Another 202 failed due to poor image quality, like flickering and blanking. Apparently 55 percent of the monitors NVIDIA tested had variable refresh rates below 75 Hz, so for many games with high frame rates, VRR never activated.

Still, the updated list of “G-Sync Compatible” monitors is more than double what it first was. You now have more to choose from, including monitors from Acer, Agon, Asus, Benq, HP, Dell and LG. As we noted before, a number of the options were previously only FreeSync certified. Of course, NVIDIA notes that it’s introducing its own new and improved gaming monitors at Computex 2019. The company says it will continue testing newly-released adaptive sync monitors and will add those that pass to its G-Sync Compatible list.