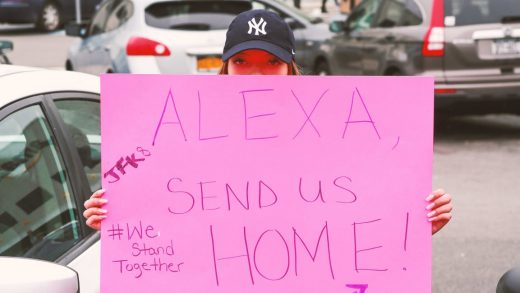 On the front lines of today’s Amazon warehouse walkout: a labor organizer fired, another COVID-19 case

On a cloudy day at Amazon’s massive distribution center in Staten Island, where thousands of workers toil to pack boxes for deliveries to homebound Americans around the country, the coronavirus hit home in a dramatic way. Early in the morning, the company texted employees about a second confirmed case of COVID-19 at the facility, and a few hours later several dozen workers walked off the job to protest what they claim are a lack of protections—resulting in Amazon firing one of the protest’s organizers at the end of a long and exhausting afternoon.

It wasn’t the hundreds of workers promised by organizers, but those who did participate—a mix of workers clocking out in solidarity, and others who weren’t coming in to work because of health and contagion fears—spoke about the stress of feeling unsafe and still being on the job when so many of their friends and neighbors are sheltering at home.

The company dismissed claims that more workers had been diagnosed with COVID-19, but Chris Smalls, a processing assistant who helped organize today’s walkout, called that number statistically impossible. “How can there be only two cases? We’re in New York, at the epicenter of the pandemic in the United States. Do the math.”

Workers today demanded a complete sanitizing of the warehouse—and a shutdown of the facility if needed to complete that task—plus full pay for all workers during that period and retroactive pay for the weeks that workers have been exposed to hazardous conditions inside the building. Hours after the walkout ended, Amazon fired Smalls, accusing him of breaking quarantine, which the company had placed him in this weekend after determining that he had come into contact with a worker who had tested positive for COVID-19.

Addressing Smalls’s termination, RWDSU, the union that has spearheaded organizing efforts at the warehouse, known as JFK8, issued a statement saying, “Workers should be protected when speaking out about safety conditions during this crisis. They are performing a public service. It is unacceptable that Amazon has terminated Chris Smalls for doing that today rather than addressing their serious COVID-19 safety problems.”

Reached for comment, a rep for Amazon said in a statement: “Mr. Smalls received multiple warnings for violating social distancing guidelines and putting the safety of others at risk. He was also found to have had close contact with a diagnosed associate with a confirmed case of COVID-19 and was asked to remain home with pay for 14 days, which is a measure we’re taking at sites around the world. Despite that instruction to stay home with pay, he came onsite today, March 30, further putting the teams at risk. This is unacceptable and we have terminated his employment as a result of these multiple safety issues.”

In a phone call to Fast Company after his firing, Smalls says he’d worked at Amazon for almost five years but had not been vocal about employee complaints until now. “I took a stand, and unfortunately it cost me my job,” he says. “I was targeted and retaliated against. We’ve been exposed at the warehouse for over a month. Why aren’t people willing to walk out? Fear. The company’s offering blood money right now. You can make $6,000 a month, $20 an hour plus double overtime working five days a week. I don’t blame them.”

(In the videos below, Smalls expresses his concerns, and a man with a bullhorn sent out by Amazon responds to protesters.) 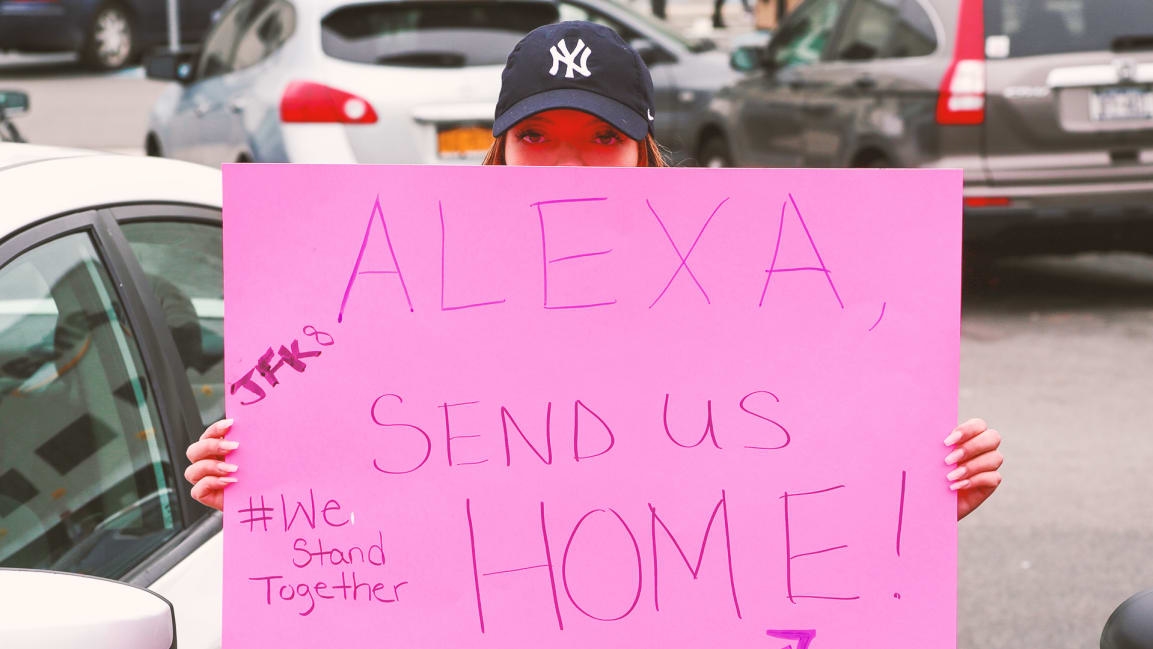