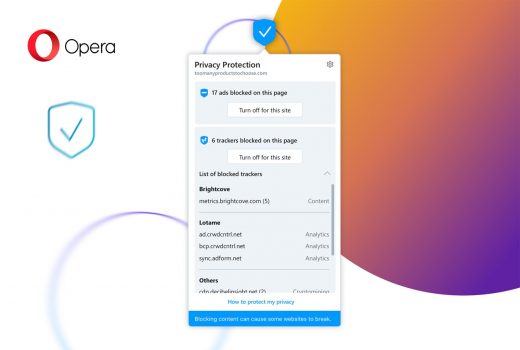 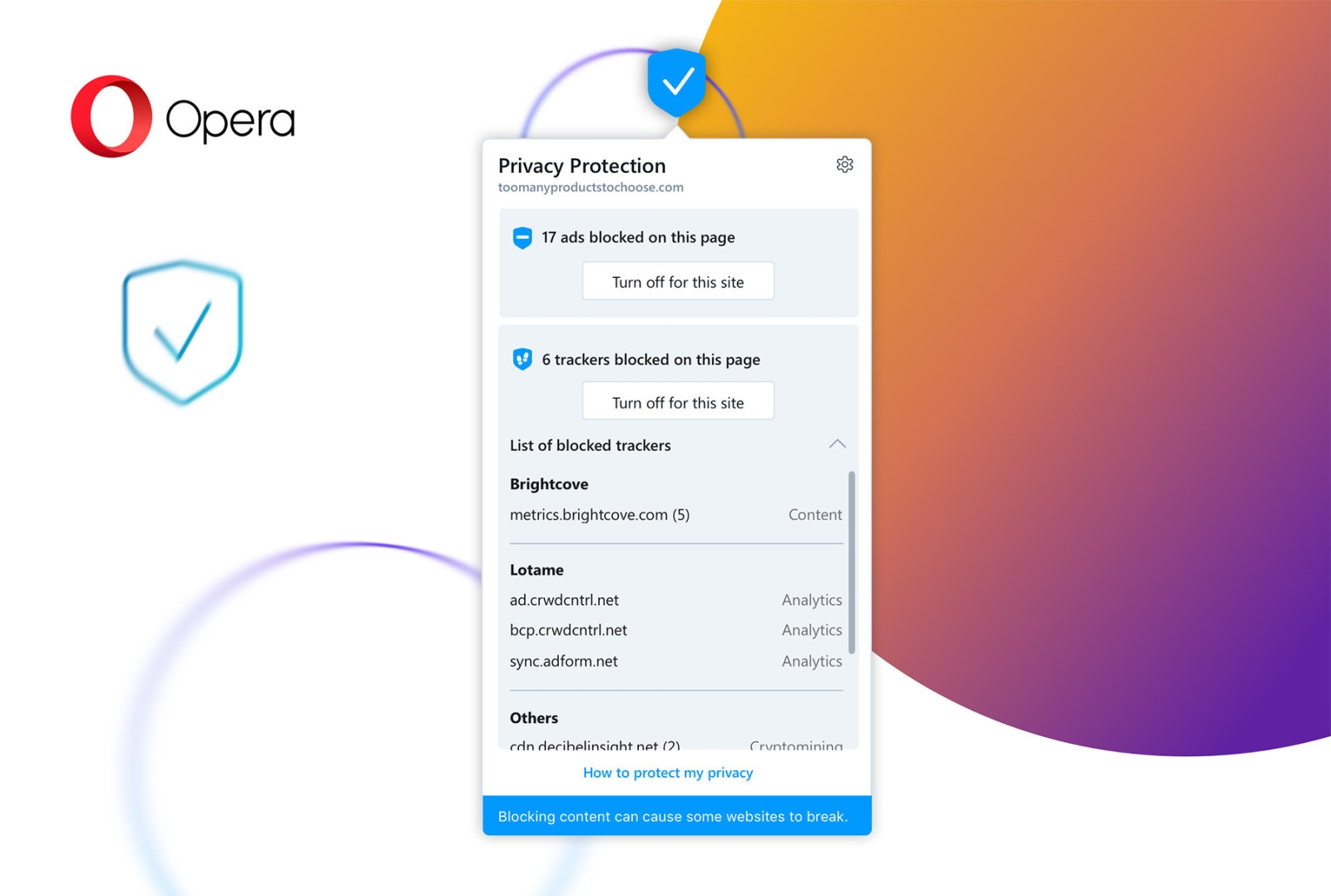 With its previous release, Opera unveiled a tracker blocker for its browser that sped it up by up to 20 percent and offered more privacy, to boot. With the latest version, you’ll be able to see a list of those trackers to get an idea of just how often advertisers and websites are watching you. “Once you switch it on, a shield icon appears in the address bar where you can easily see the number of trackers being blocked, as well as a list of said trackers,” Opera wrote in a press release.

The aim is to increase awareness of the pervasiveness of tracking, as if you didn’t already know. However, it might be interesting to see exactly who is tracking you to avoid particularly skeevy sites. You can turn the setting on globally from the “easy setup” menu and then toggle it on or off from each website, much as you do with a typical ad blocker.

Opera’s tracker blocker can detect specific scripts in order to block them, and when paired with the ad-blocker, speeds up sites by up to 76 percent, it said. On the other hand, many websites detect ad blockers and will refuse to load if you don’t disable them, and they may catch on to tracker blocking, too.

Opera also unveiled a redesigned address bar that shows suggestions based on your browser history when you start to type in a link or search. It also redesigned the bookmarks and history bar, moving them over to a sidebar. The latest release (version 65) is now available on Opera’s website.

Being Browser Latest Much Opera's Show tracked Update You're