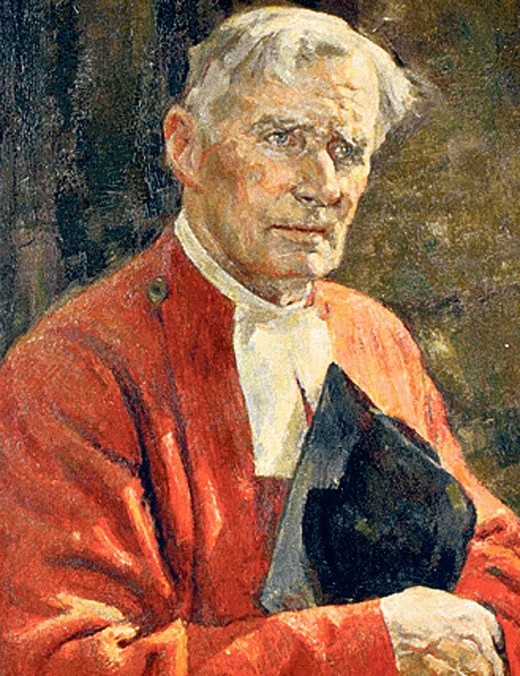 Oxford Professor elected to a place in Poets’ Corner

Hugh Trevor-Roper made up a scandal about Adam Fox, now buried in Westminster Abbey

Adam Fox, a poet ‘at one with common sense and food and weather and the virtues’ Photo: DEAN AND CHAPTER OF WESTMINSTER

Adam Fox, a poet ‘at one with common sense and food and weather and the virtues’ Photo: DEAN AND CHAPTER OF WESTMINSTER

Philip Larkin is to have a memorial plaque in the floor of Poets’ Corner at Westminster Abbey. Larkin deserves a memorial, though not a professing Christian, but should it be here?

Poets’ Corner had begun well in 1556 with the raising of a fretted tomb (perhaps secondhand from some suppressed foundation) for Chaucer, who had died at the start of the previous century. But few people could find attractive the stony carpet of ill-assorted memorials that now covers the floor of the south transept.

Among them, a tasteful slab marks the mortal remains of Adam Fox (1883-1977), a poet indeed, if also a Canon of Westminster. He had wanted the inscription to be: “A Fox gone to earth.” Instead, above the words Laetatus sum (from one of the Psalms of Ascent), it bears plain facts, among them “Professor of Poetry, Oxford University, 1938-43”.

There is a glib assumption by many that Fox didn’t deserve to be Professor of Poetry at all, and that it was an ill-judged plot got up by C S Lewis (whose memorial tablet is a near neighbour at Westminster). Hugh Trevor-Roper, in a letter to Bernard Berenson, gave a malign and wholly fictional account of the campaign. Fox’s college, Magdalen, he claimed, had offered cash to clergymen holding College livings as long as they came to collect it on the day of the election of the Professor of Poetry, which had to be made, like that of the Chancellor, by MAs in person.

Trevor-Roper even pretended that, to qualify, Fox was reduced to “sitting up late one night with a sequence of bottles to dash off several pages of barbarous doggerel which were immediately printed in a slim volume”. In fact, a year before the professorship came up, Oxford University Press (“at its own expense”, as Fox generously put it) had published his book-length poem Old King Coel. It sounds worse than it is.

The plot, from the medieval Geoffrey of Monmouth, recounts events in the late third century that led to King Coel of Britain giving his daughter Helen in marriage to Constantius. Thus her son Constantine became the emperor to make Christianity Rome’s official religion.

On the dustflap, a quotation from an unnamed reader remarks that all Fox’s poetry “is at one with common sense and food and weather and the virtues”. If that Chestertonian comment was not C S Lewis’s, I don’t know whose it was.

Lewis did indeed campaign to get Fox elected, partly to stop an older Shakespeare scholar, E K Chambers. Fox (pictured here in the portrait by Coral Nerelle), being Dean of Divinity at Magdalen, often had breakfast in the Common Room with Lewis and one day said, in response to news that Chambers had been proposed as professor: “This is simply shocking. They might as well make me Professor of Poetry.” Lewis said: “Well, we will.”

It was not as though the professorship stood in high standing. “My lectures were not very successful,” Fox wrote in retrospect of his thrice-yearly performances. But he judged: “I did some good, for those who followed me in the chair have been men of distinction.” The important thing for Fox was that people should read poetry, and he was not impressed by the efforts of the English faculty, since its foundation in 1904, in spreading a love of letters. Simon Armitage, elected (June 21, 2015), at least writes poetry that people buy.

In 1929 Adam Fox had won Oxford’s Sacred Poem Prize, with Babylon: a sacred satire. The subject for anyone who’d like a bash for 2016’s prize (of £2,000 for between 60 and 300 lines of blank or rhymed verse) is: “As rivers of water in a dry place, as the shadow of a great rock in a weary land” (Isaiah, 32:2). I thought T S Eliot had already made quite a good fist of a poem reflecting that verse, even if it would have been too long for the prize. So I might have a crack at it myself, if I have a moment before eighth week of Trinity term next year.

Hugh Trevor-Roper made up a scandal about Adam Fox, now buried in Westminster Abbey 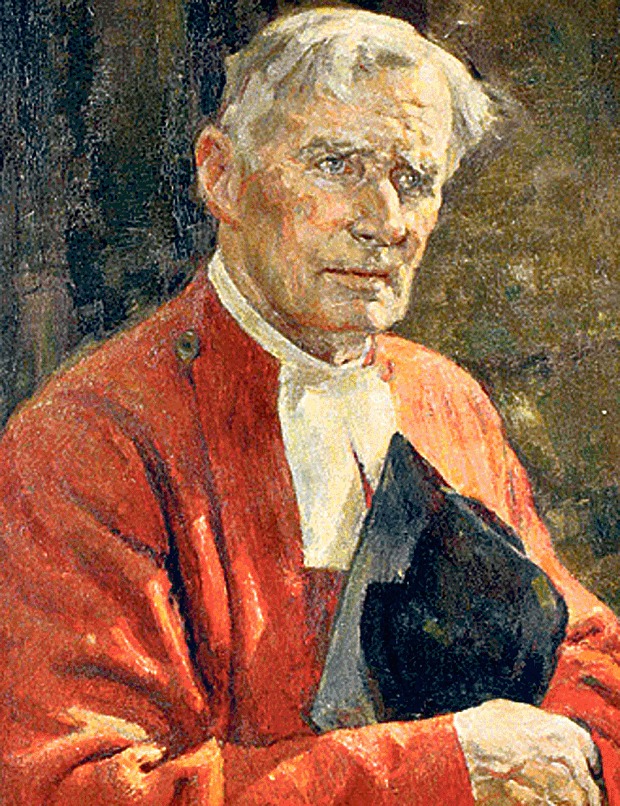