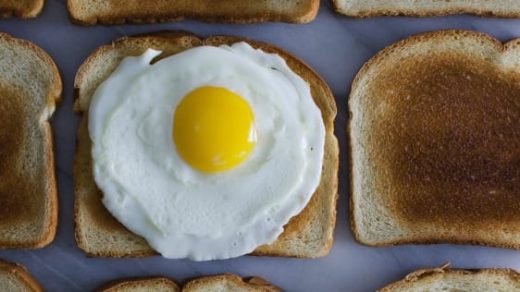 On Thursday, Panera petitioned the Food and Drug Administration to more precisely define what constitutes an egg.

“They actually define a bunch of related terms like dried egg whites, freeze dried egg yolks, all these other related terms, but they state in the code of federal regulations that, ‘we will not define the word egg.’ It’s very unusual,” says Sara Burnett, director of food policy and wellness at Panera, as she sips a green juice.

The reason for Panera’s sudden interest in eggs isn’t merely philosophical: The company is launching a new breakfast sandwich featuring cheese, bacon, and a slightly runny over-easy egg. When Panera executives were coming up with ways to market the sandwich, they realized that their competitors’ sammies (think Starbucks, Dunkin Donuts, and Chick-fil-A) are made with components of eggs and additives like citric acid, modified food starch, and medium chain triglycerides.

“What we think of as an egg we’re not seeing in competitors’ menus and they’re calling them eggs,” Panera CEO Blaine Hurst tells Fast Company, referring to the kind of puck-like eggs that appear in between two often wilting buns at many fast food joints. The petition asks for the term “egg” to be defined as “a food made from a cracked shell egg without addition of additives or further processing (other than pasteurization).” The FDA may not define “egg” explicitly, but it does define “fresh eggs” as seen here.

Regardless of whether the petition gains traction with the FDA, Panera is hoping it will appeal to consumers who care about food transparency.

“We’re not going to tell you about what you should be eating, we just want you to be informed,” Hurst says slyly. Another piece of information he wants customers to know: The chain’s new egg sandwiches launch today. 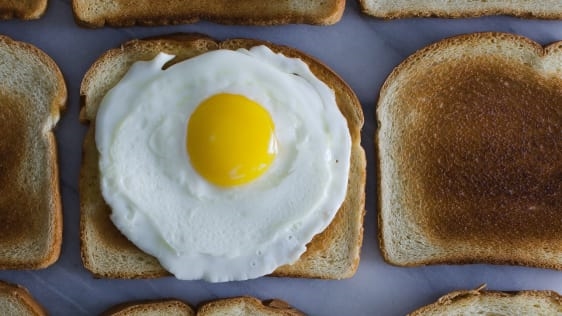