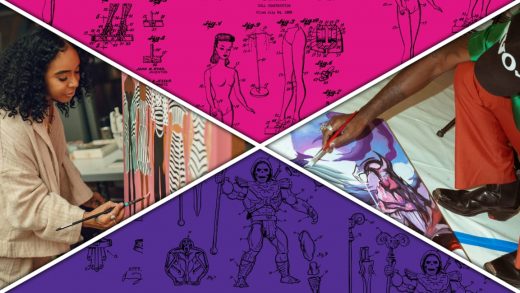 The comedian and actor Paul F. Tompkins has a great story about visiting the Magic Castle in Los Angeles, which his girlfriend (and now wife) was obsessed with. At one point, Tompkins asks her why going to the renowned private club for magicians means so much to her. As she practically seethes in response, “Because it’s exclusive!”

Exclusivity is the backbone of an increasing swath of consumer culture, and as of October 9, you can add toys to sneakers, streetwear, and L.A. magic clubs. Mattel, the $4 billion toy giant, has launched Mattel Creations, an e-commerce and content site for grown-up toy collectors with an avid appreciation of Mattel’s rich 75-year history, from Barbie to Chatty Cathy to Hot Wheels to Slime to Masters of the Universe and more. “We’re going to feature limited-edition, curated items—collaborations with amazing pop-culture artists, both past and present—and really offer a peek into the creative process,” says Mattel president Richard Dickson in a phone interview with Fast Company.

At launch, the Mattel Creations site—named after the original sign that hung above the suburban Los Angeles garage where Elliot and Ruth Handler and Harold Matson founded the business in 1945—will offer for sale original artwork featuring Barbie, Skeletor, Hot Wheels, and the Magic 8-Ball. The collection includes screen prints of the original artwork that accompanied the patent applications for each one ($75; $150 for foil prints), translucent versions of each toy so people can see their internal workings ($45 each), and clever reimaginings from rising-star artists ($75 for prints; $150 for a signed print).

The visual artist (and DJ/producer/fashion designer) Gianni Lee renders Skeletor with lush brushstrokes that create a moody nobility for the supervillain, while Cristina Martinez leans on her roots as a fashion illustrator to present a multicultural spectrum of five Barbies, using the fashion doll’s original black-and-white striped bathing suit as a jumping-off point into new looks for each of her rainbow coalition of aspirational young female figures.

“By offering our iconic brands as canvases for top artists, designers, musicians—the creators of our time,” says Dickson, “they’re inspired to work with us, which then leads to toys as art and these become collectibles.”

There will be new drops each week, and Mattel is also producing behind-the-scenes content to accompany them that will live on well after the products are sold out. Over time, it intends to create additional content that showcases the art of toy making at Mattel.

The Creations initiative fits neatly within the company’s stated goals to grow shareholder value, as Mattel’s recent financial performance has been poor. (It’s lost money each of the last three years on declining revenue.) A slide on its investor relations site depicts that the mid- to long-term plan is to capture the “full value of IP” via online retail and e-commerce. Mattel had a virtually unparalleled run of hits from 1948 to 1968, and over time it has added everything from American Girl to Uno, giving it a deep vault of fascinating intellectual property and platforms. Last year, I wrote about Mattel’s cult classic Matt Mason astronaut action figure, which could well be recast for our new SpaceX age. At the same time, the company has developed such material innovations as slime and color change technology.

Mattel has been mining the nostalgic appeal of its products for awhile now as children have gravitated to playing with electronic devices, and it’s also experimented with celebrity collaborations. To name just two: Its 2014 Karl Lagerfeld Barbie was a smash, and its January pairing with Travis Scott to make a Hot Wheels version of the BMW M3 E30 on his JACKBOYS EP sold out immediately, even at $2,500. The new Creations platform encompasses those efforts, as well as Mattel’s annual one-offs for Comic Con (it recreated scenes from Jurassic Park and The Empire Strikes Back in toys this year). Even its presale for its rendering of the Tesla Cybertruck—which took place back in February and is supposed to ship in December, though if Mattel wanted true fealty to the Tesla spirit, the toy would ship two years from now, maybe—took place under the Creations banner.

All of this makes for a bit of an overstuffed burrito of a project, especially when the spirit of what launched today on the Creations site feels cool whereas celebrity collabs and artful renderings of classic action movie scenes feels more pro forma these days. But Dickson is excited to have all his toys in one place. Creations, he says, is “a brand that aggregates it all together and actually goes after that [adult collectibles] market in a new and pronounced way. I think it’s going to be exponentially helpful in truly redefining the perception of Mattel’s modernity.”

If not, at the very least, that see-through 8-Ball is going to look great on your shelf next to your Nike SB Dunk Low Ben & Jerry’s Chunky Dunky sneakers. 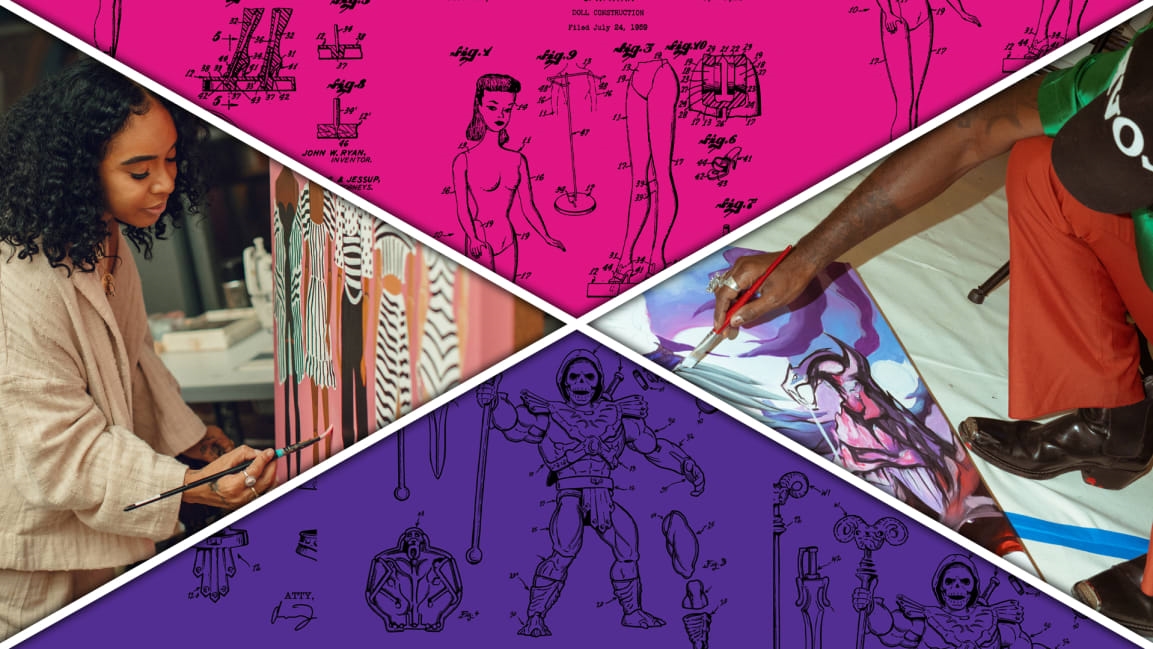